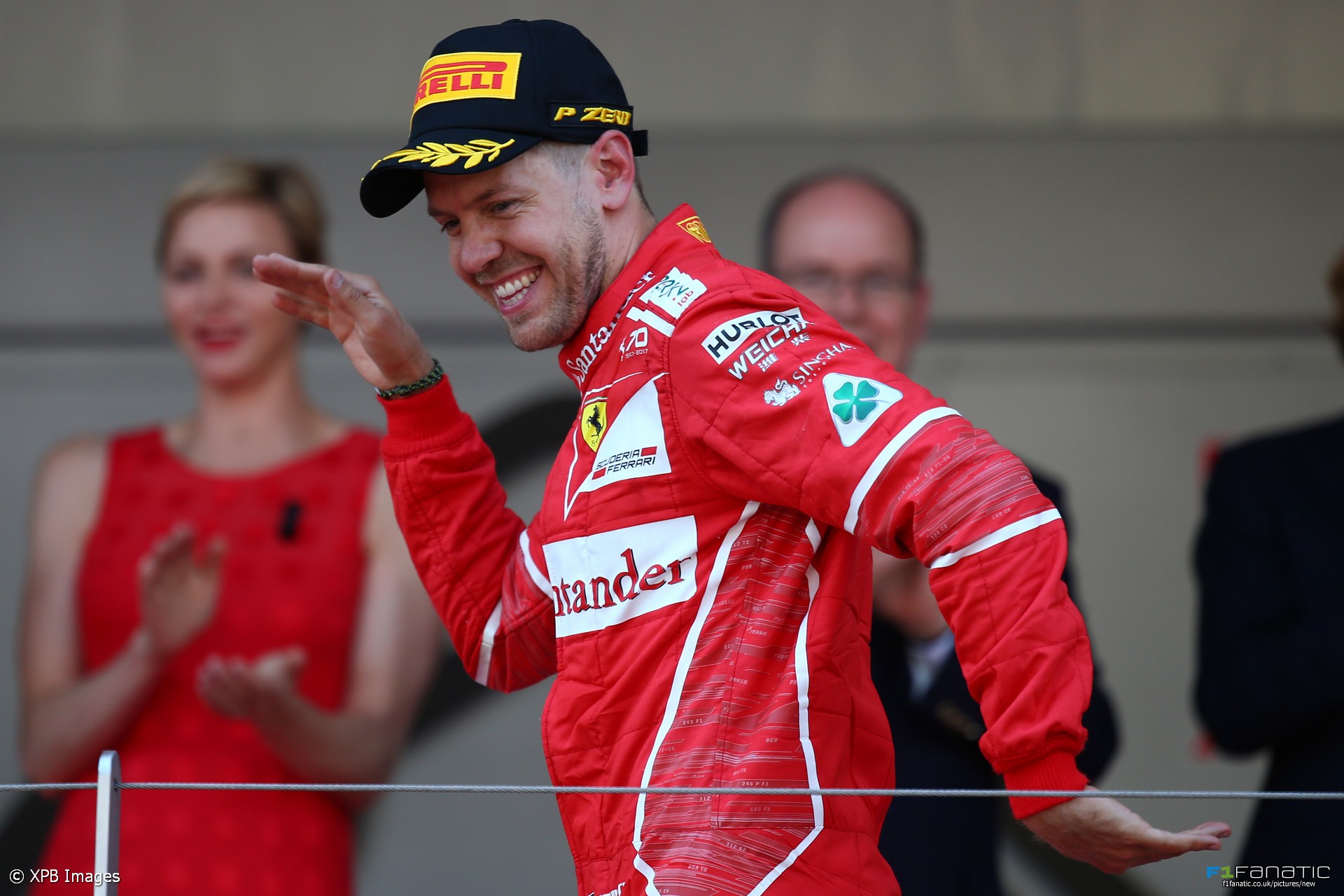 In the round-up: Lewis Hamilton believes his championship rival Sebastian Vettel has number one status at Ferrari.

"It’s clear to me that Ferrari have chosen their number one driver, so they’re going to be pushing everything to make sure Sebastian will get the maximum on all of his weekends"

Wehrlein to have scan after Monaco crash (F1)

Button: "These cars are so difficult to see out the back of - I've been telling the team and the FIA that this weekend. So I tried to back out of it (the overtake) but it was too late and we touched."

Kvyat: You always find one guy who f**ks with your day (Crash)

"I knew he was going to try. I saw what he did to Vandoorne and I thought 'this guy is really desperate'."

"He was nowhere, clearly this corner is no place to overtake. It was a silly move."

Haas: 'We must not degenerate into socialism' (F1i)

"I do think we have to be very careful. There are some teams at the top who have been there for 50 years and therefore have a right to a larger share of the revenues."

Button tried to do to Wehrlein what Defourny successfully did to Ticktum in the Eurocup support race at the same corner this morning. #F1

Heard a rumor that Matt Damon was meant to do the #Monacogp #f1 post race ceremony interviews. That would have been better me thinks. zzzz.

Fernando Alonso’s Indianapolis 500 adventure didn’t have the end he was hoping for but he gave as good as he got:

If nothing else, it’s been wonderful seeing Alonso contending again.

I want him to do IndyCar full time now, it’s criminal seeing him toiling at the back of F1 grid. I’d much rather see him at Detroit next week.
JackySteeg

160 comments on “Hamilton: Ferrari have given Vettel number one status over Raikkonen”