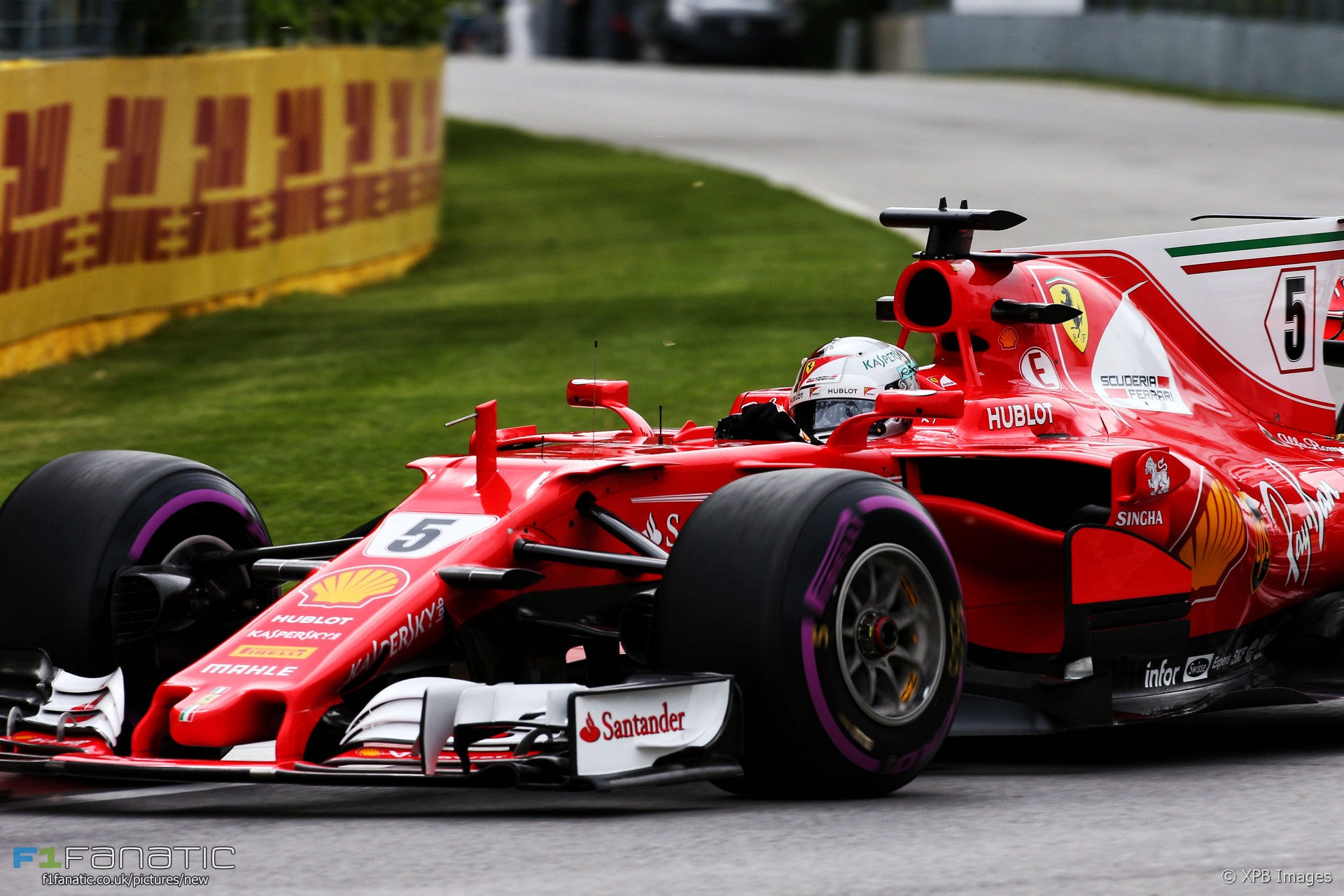 A dirty and slippery Circuit Gilles Villeneuve caught out driver after driver during Friday’s two practice sessions. And it left the impression there is little to choose between the usual two top teams.

Lewis Hamilton was typically keen to stress the Ferrari’s chances after being outpaced by all of two-tenths of a second.

“The Ferraris are looking fast here,” he said. “As the times show, it’s super close at the top right now. I feel like we are still just a little bit behind the red cars at this early stage of the weekend.”

We’ve seen before Mercedes can usually find more from their qualifying set-up than Ferrari can, which raises the prospect of another closely-matched contest on Saturday and Sunday.

Ferrari made a point of completing their qualifying simulation runs slightly early. This allowed them to begin their race stints sooner, which paid off when Max Verstappen’s stoppage brought out the red flags.

That allowed Vettel to cover more ground on the super-soft than any other driver – 29 laps – giving the team very useful data for what should be their second of two stints on Sunday.

However Pirelli pointed out teams had also found good performance from the soft tyre. That could tempt some teams into making an early first pit stop and running until the end, particularly for a driver who qualified ‘out of position’ and is having difficulty gaining ground.

But despite the track’s reputation for producing dramatic races, Sergio Perez is pessimistic about how easy overtaking will be on Sunday.

“A strong qualifying performance tomorrow is going to be very important,” said Perez. “Overtaking here is not easy and I think the strategy options on Sunday will be quite limited.”

Red Bull endured a frustrating day in terms of reliability but should be able to take heart from their performance at a track which doesn’t ordinarily suit them. Verstappen was within half a second of the pace, and unlike Daniel Ricciardo wasn’t running all their new upgrades. Perhaps the upcoming trio of high-speed tracks won’t be so unrewarding for them after all.