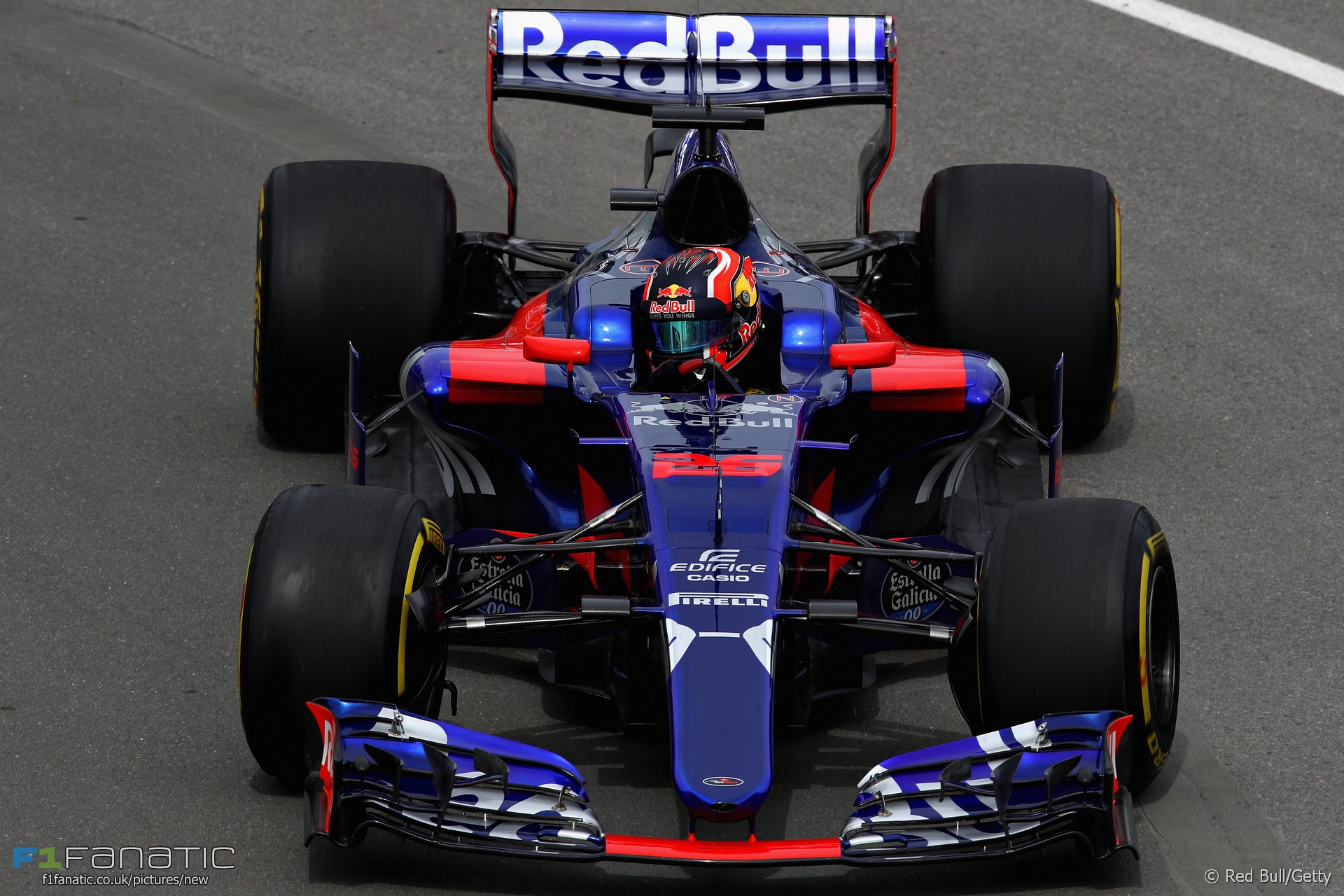 Daniil Kvyat and Kevin Magnussen were given two penalty points each for incidents during the Canadian Grand Prix.

The Toro Rosso driver was penalised for failing to be in the correct starting position at the Safety Car One Line before the start of the race. Kvyat had got away from the grid slowly with a clutch problem.

Kvyat was initially given the wrong penalty during the race. The stewards intended to impose a ten-second stop-go penalty but a drive-through penalty was handed down instead. Kvyat was therefore given an additional ten-second time penalty later in the race to make up the difference.

Kvyat and Magnussen both move onto a total of five penalty points due to their latest penalties. Magnussen was penalised for overtaking Stoffel Vandoorne during a Virtual Safety Car period.

“The video evidence clearly showed car 20 [Magnussen] overtook car 2 [Vandoorne],” the stewards noted. “However he did give the position back, therefore the minimum penalty was imposed.”

25 comments on “Kvyat and Magnussen given two penalty points each”