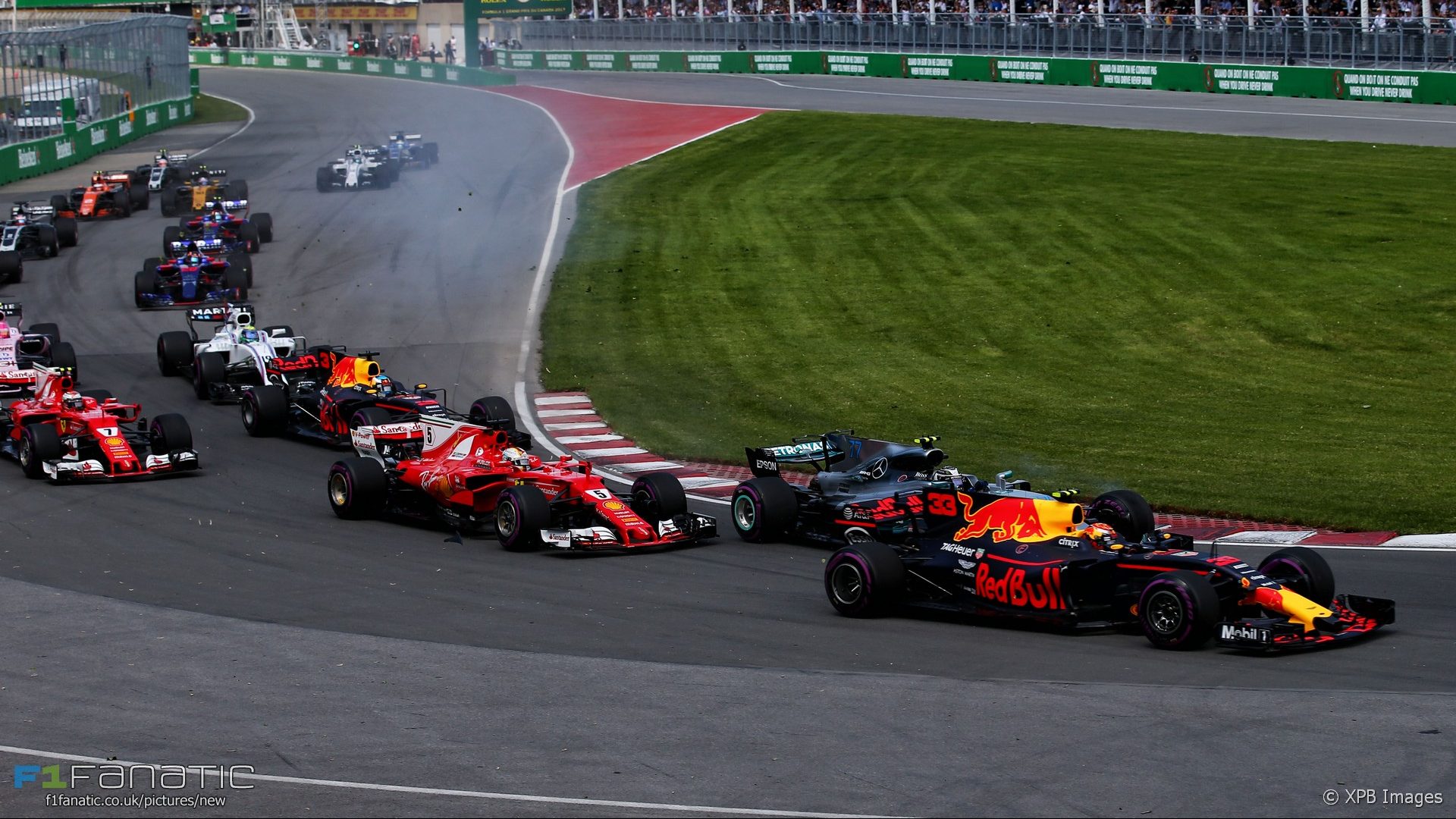 Sebastian Vettel shrugged off the contact with Max Verstappen on the first lap of the Canadian Grand Prix which compromised his race.

The Ferrari driver lost part of his front wing when he made contact with Verstappen at the start. “Three cars in turn one doesn’t work,” Vettel reflected, but he accepted the contact hadn’t been intentional.

“I had a bit of a poor position then,” he said. “I need to have a look, maybe it could have been better.”

“I was stuck with Lewis [Hamilton] in front, I can’t brake any deeper otherwise I push him off. Valtteri [Bottas] on the left and Max then suddenly appearing on the right.”

“I think he saw his gap, fair enough, and he ran over my front wing. You don’t do that on purpose because the chance of a puncture is very high. So in the end I was the one that had damage which was a bit unfortunate.”

Vettel revealed he didn’t immediately notice how serious the damage was to his front wing.

“With the safety car on track I did not realise that the damage to the front wing was as bad as it actually was, we only noticed it at full speed.”

“There was also some additional damage to other parts of the bodywork, hard to say what they cost me in terms of lap time, but the car did not feel as the one I had driven in the past two days.”

33 comments on “Vettel not blaming Verstappen for lap one contact”