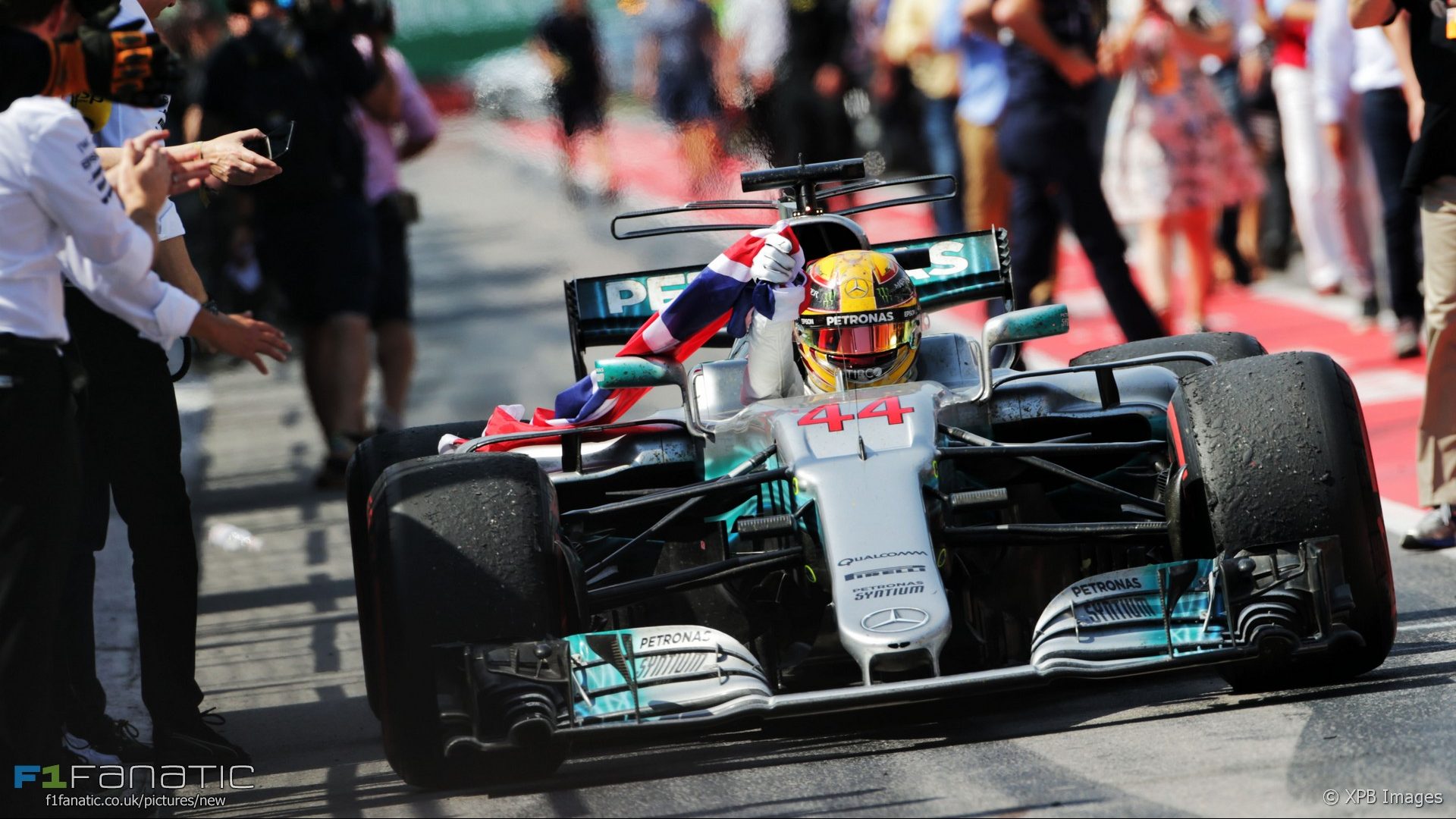 Sunday was Lewis Hamilton’s sixth victory in the Canadian Grand Prix. It’s the race he’s won more times than any other, and a seventh win will tie him with Michael Schumacher as the most successful driver of all time in this race.

This was his first ‘grand slam’ at the Circuit Gilles Villeneuve. Hamilton won the race from pole, leading all the way and setting the fastest lap. Despite having had very dominant machinery at his disposal for the last three years, two of Hamilton’s four ‘grand slams’ were achieved this season (the other was in China).

He and title rival Sebastian Vettel have the most ‘grand slams’ of any active driver with four. They are tied with Jackie Stewart, Ayrton Senna and Nigel Mansell. Only Jim Clark (eight), Alberto Ascari and Michael Schumacher (five each) have more.

This stood as the outright record for most pole positions from Senna’s final pole position on that fateful San Marino Grand Prix weekend in 1994 until Michael Schumacher surpassed it at the same track 12 years later. Schumacher pushed the record on to 68.

This was Hamilton’s third consecutive pole position in Canada. He also took pole for his first three races at this track in 2007, 2008 and 2010 (there was no Canadian Grand Prix in 2009). Sebastian Vettel then produced a hat-trick of his own from 2011 to 2013.

That means since Hamilton and Vettel came into the sport ten years ago the only driver besides them to take pole in Canada is the now-retired Nico Rosberg. They also shared the front row of the grid for the fourth time in seven races so far this year. On each of those occasions Hamilton was on pole.

Although Lance Stroll was beaten by his team mate again he did manage to bring his car home in the points. The last time a driver took the first points of his career in his home race was five years ago, when Daniel Ricciardo also finished ninth for Toro Rosso in Australia.

At 18 years and 230 days old, Stroll is the second-youngest driver of all time to score a point in F1. However he’s over a year older than record-holder Max Verstappen, who was 17 years and 184 days old when he took seventh in the 2015 Malaysian Grand Prix.

For much of the race Esteban Ocon looked set to improve on his career-best finish of fifth. He didn’t but he did become the first driver not in a Mercedes, Ferrari or Red Bull to run as high as second place.