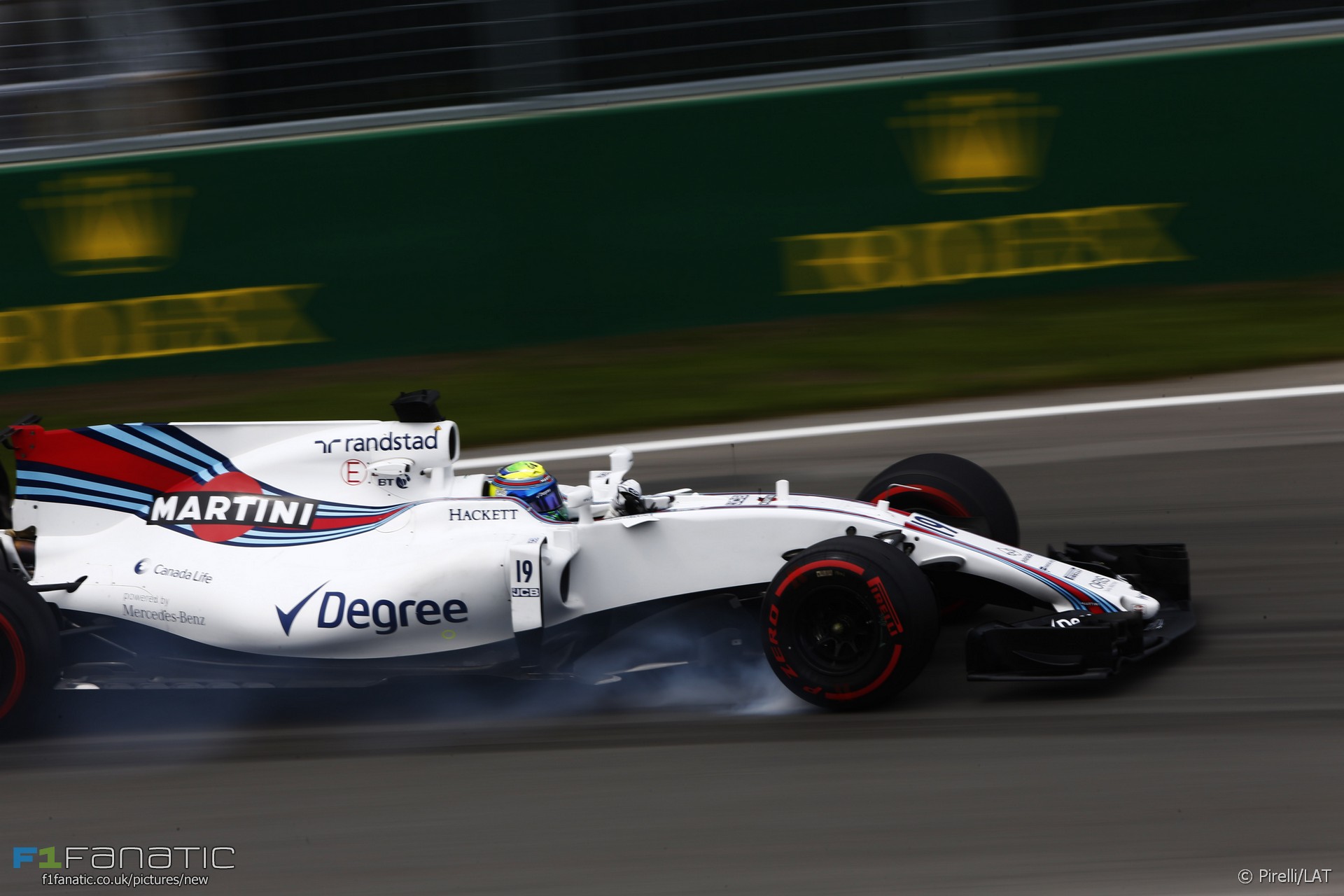 In the round-up: Felipe Massa says that he would be happy to keep racing in Formula One next year if he remains competitive.

"I feel good, I'm happy doing what I'm doing and I have a great relationship with the whole Williams Martini Racing organisation... so on that basis, I would be happy to continue what I have always wanted to do – which is to race in F1."

Alan Permane: "From what I've seen from the statistics, from the data, the pace is there. That's for sure."

"He did a great race. Really fantastic for his first season. He's developing just in the right way, he's going to be a superstar of the future."

"These next two races (Azerbaijan and Austria), I'm sure Williams and Force India will be competitive.Force India were in Ferrari's range (at Montreal) so they were very competitive."

"His driving is getting better and better. You can see the performances in the last two or three races, he has really been making a lot of progress, and it is a shame he did not achieve the result he deserved."

Robert Kubica will demonstrate a Lotus-Renault E20 at the Goodwood Festival of Speed.

"To mark BBC Music Day, BBC Sport has come up with a top 10 of some of the best full-throttle music.These tracks were chosen by drivers and BBC Sport users."

I shall be making a surprise anonymous impromptu guest appearance due to popular request @SilverstoneUK #BritishGP. Don't tell anyone! #F1 https://t.co/OthnnpK59G

A few months after the Panis crash I started a work placement with Jordan, and sat next to a finite element stress engineer analysing the chassis on his computer. He had joined them from the Ligier team, who had recently been bought out by Prost. He had been frustrated at Ligier by a lack of design freedom, having been told to basically copy the Benetton chassis designs, as Flavio Briatore had previously owned the Ligier team.

In particular, the stress engineer was unhappy with crashworthiness of the Benetton/Ligier chassis due to the method of manufacturing it. The conventional approach in F1 design is to lay up and bake the composite chassis in two separate parts – the lower half, and the upper half. They are then glued together with the glue lines running longitudinally from the car’s front to rear.

However, the Benetton/Ligier team had taken a more unconventional approach of instead making the chassis from a front half and a rear half, with the glue line between them running transversely. This glue line formed a ring… around the driver’s legs. Sure enough, when Panis gave it a severe crash test, the chassis failed about this glue line, breaking both his legs. Nasty.

Incidentally, nobody spotted quite a scary moment in this weekend’s GP when Vettel had a nasty surprise in Panis’s corner on the first restart, as it was only then he properly appreciated how much downforce he’d lost from his wing failure. Thankfully at that point there weren’t many marbles, so he managed to heavily back off and hold it together after he started badly understeering. I saw it on the on-board camera channel.
@alesici