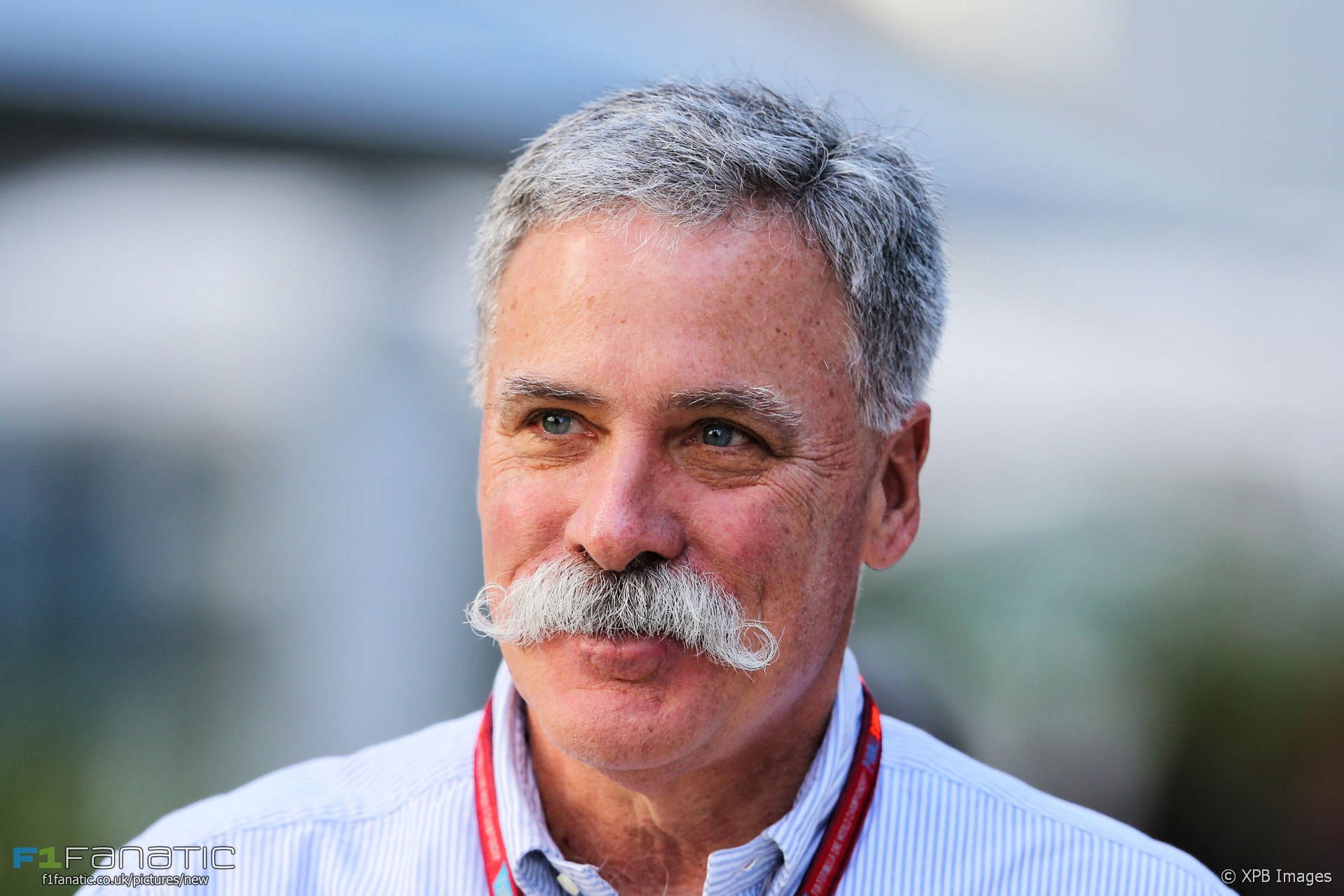 In the round-up: Formula One Chairman Chase Carey has been given the honour of waving the French Tricolour to start today’s Le Mans 24 Hours in a gesture of goodwill by the ACO.

"The American will wave the French Tricolour flag to signal the start of this legendary endurance race, demonstrating to all fans of endurance racing and motorsport in general that the two leading disciplines of the sport are guided by two common values: passion and excellence."

"We need a path that engages the fans, because if we don't have fans watching this sport then we have nothing. I think there is a very careful balance between the technical challenge that we must retain in Formula 1 – because I think that's a really important element – but not overdoing it to the point it becomes a distraction from the racing."

Why Robert Kubica's worth the wait (Sky)

"Arguably, in a generation that includes Lewis Hamilton, Fernando Alonso and Sebastian Vettel, he was the best of them all. That, incidentally, was the view of Alonso."

"While the funding would come from China, the prospective team would be based in 'Motorsport Valley', the technological triangle that plays host to numerous F1 teams, with Auto Motor und Sport claiming that some former Manor employees have already been taken on."

"I don't know the current McLaren very much. There are still fantastic people and I still have friends, but 80pc of the people with whom I had the privilege of working at McLaren are now at Mercedes or Red Bull or Ferrari."

Renault warns Palmer he 'has to deliver' soon (Motorsport.com)

"The fact is that Jo has a car which is a point-scoring car, and he has to enter into the points. Full stop."

"Nico is a leader. He is leading the team from every possible angle. He is charismatic and has a fantastic reputation. But he also has a point to make. He is just like us right now: we have a name - now we have something to prove."

"It's a much healthier environment for a driver at Haas, at least that is my experience, than my previous experiences where I was in big teams, big companies in fact, that were struggling in the sport."

Bruce McLaren was victorious in both #F1 & #CanAm, but did you know he entered his first #LEMANS24 at just 21? https://t.co/9pcNwDbJT9 🏁 pic.twitter.com/aR8BJgLMdn

NEW EPISODE: The @SauberF1Team boys face the questions in the latest Grill The Grid: Teammates 🤔

Funny they should say that, regarding Kubica’s pace. Clearly one Renault driver has a noticeable lack of pace.

If I was Renault, I’d stick Kubica in Palmer’s seat at half season, if he is on similar level to Palmer. It would be epic positive publicity similar to Alonso at Indy500.

Renault could do with that. Naturally, he must be on pace for real, not just PR pace.

Considering they simulated one race weekend in a day, they should have data to compare. And mere fact they did speaks for itself, that they are considering.
@jureo