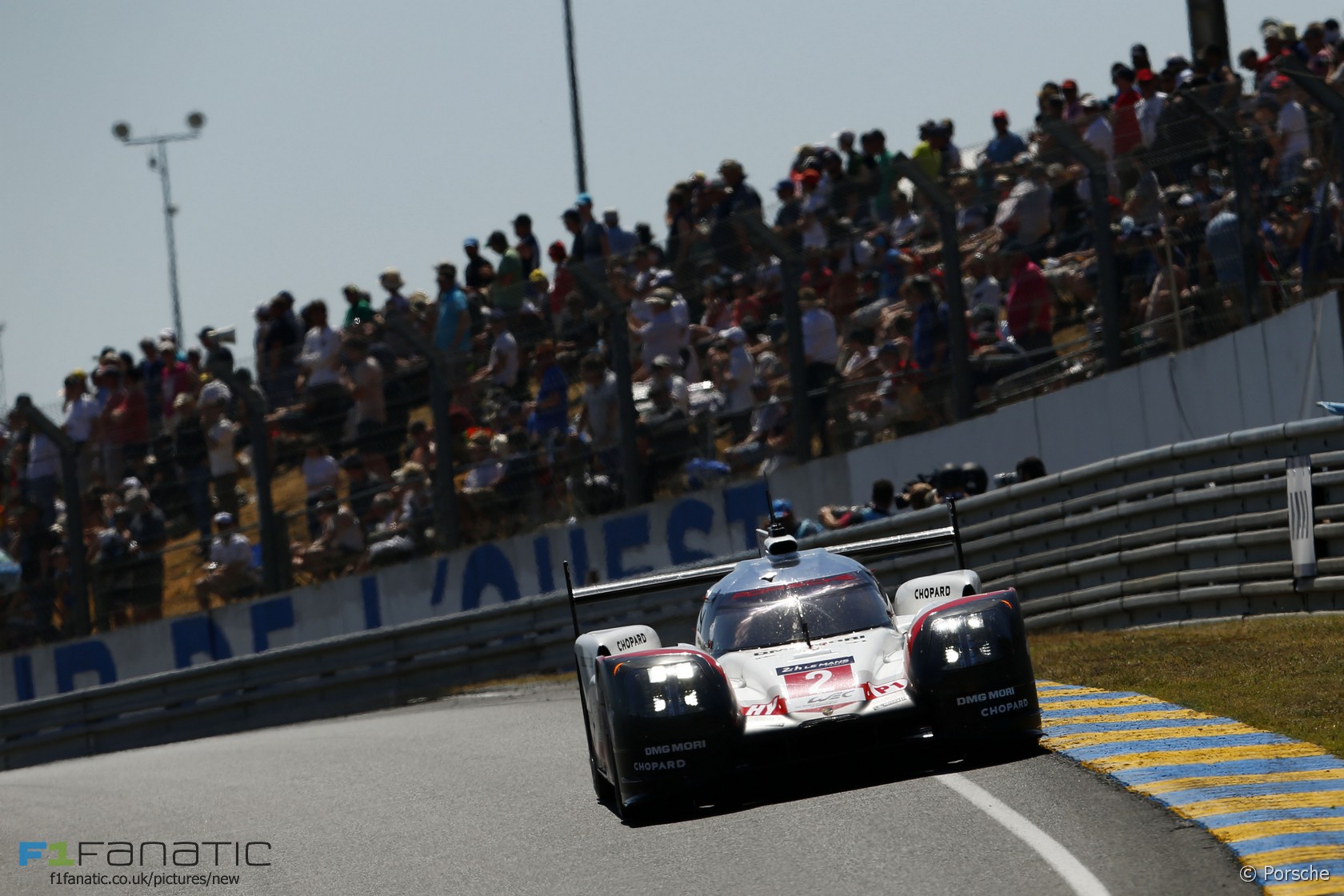 Porsche’s Timo Bernhard, Earl Bamber and Brendon Hartley fought back to win a thrilling Le Mans 24 Hours which was shaped by a series of retirements among the front runners.

Hot conditions at the Circuit de la Sarthe played havoc with the LMP1 cars including pre-race favourites Toyota. Porsche’s lead car also stopped in the race’s 20th hour which temporarily put one of the LMP2 runners in the lead.

However with just over an hour remaining the number two Porsche of Brendon Hartley, Earl Bamber and Timo Bernhard, which had spent an hour in the pits due to repairs early on, moved back into a lead they never lost.

Toyota controlled the early stages of the race but before half-distance all three TS050s had retired or been seriously compromised.

Kamui Kobayashi’s race-leading number seven car was the last to fall following a Safety Car period shortly after midnight. The number eight car of Sebastien Buemi, Anthony Davidson and Kazuki Nakajima was halted by a front motor failure, but later rejoined the race. A crash ended the hopes of the delayed number nine car.

Porsche held a 14-lap lead when Andre Lotterer was told to stop his 919 due to a suspected engine problem. He was unable to return to the pits and retired.

That handed the lead to the number 38 ORECA-Gibson of Oliver Jarvis, Ho-Pin Tung and Thomas Laurent. They stayed ahead until Porsche number two car recovered to take the lead off them. The ORECA held on to finish second overall and win LMP2 class honours. The final place on the overall podium was taken by the LMP2 Rebellion of Nelson Piquet Jnr, Mathias Beche and David Heinemeier Hansson.

The GTE Pro class was won in dramatic fashion by Jonathan Adam, Darren Turner and Daniel Serra after their Aston Martin took the lead at the beginning of the final lap. Jan Magnussen, Antonio Garcia and Jordan Taylor had been on course to win in their Chevrolet Corvette C7.R until Taylor went off late in the race with fading brakes.

The amateur GTE category was won by Will Stevens, Dries Vanthoor, and Robert Smith in a Ferrari 488.

72 comments on “Porsche wins race of attrition at Le Mans”