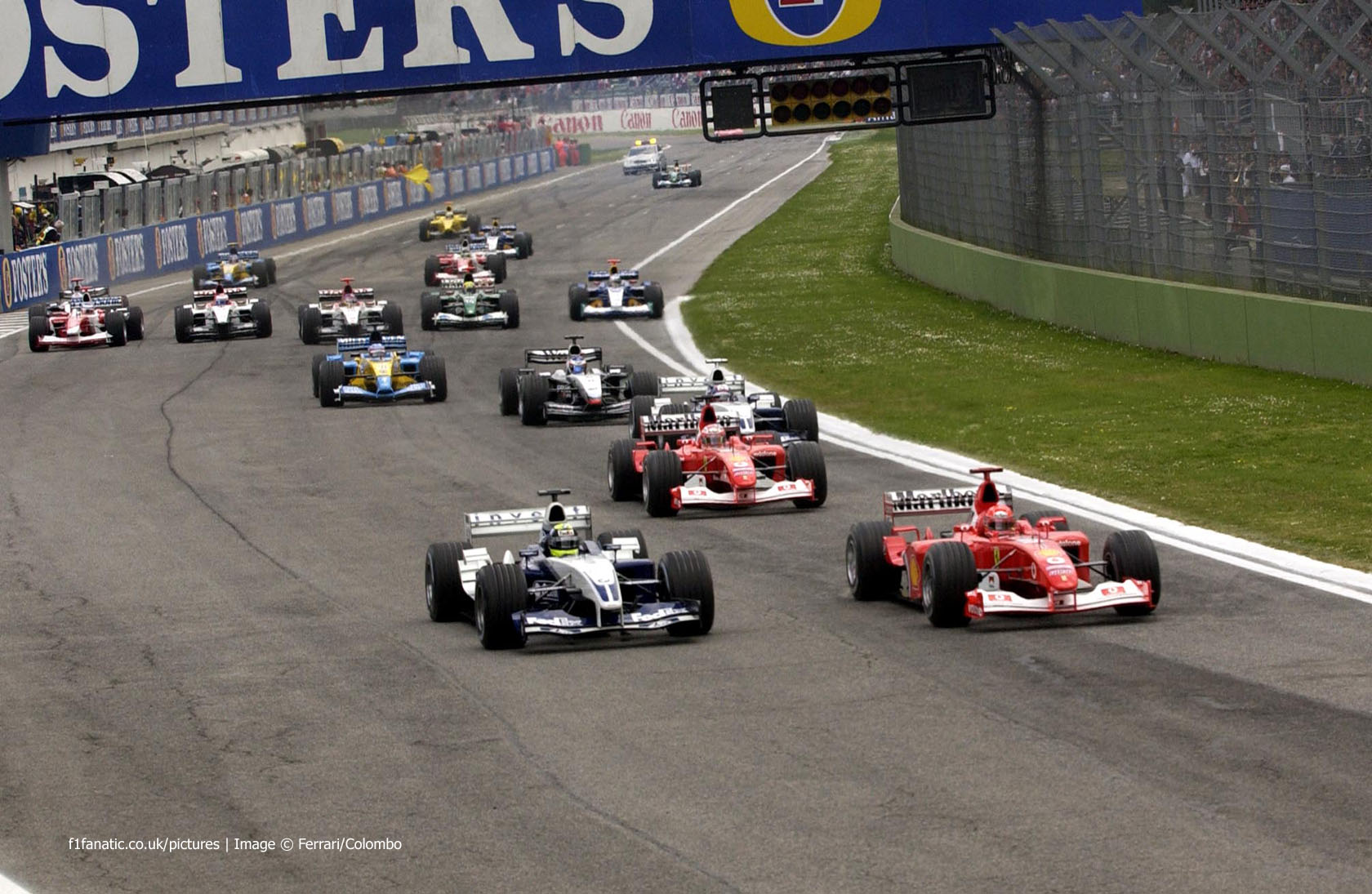 In the round-up: FIA race director Charlie Whiting has reportedly approved the Imola circuit as a potential future Formula One venue.

Kubica 'not on the list' for 2018 Renault seat (Motorsport.com)

Cyril Abiteboul: "At some point we will have to review options. If by then, Robert becomes an option, we can have a look. As we speak, he's not on the list. He has many more things he has to accomplish so that he could be on the list."

"I don't know why he is struggling. He's clearly not in his happy place because he wouldn't be half a second off."

"Bernie Ecclestone and his 'extraordinary' life in motorsport will form the basis of the feature, which traditionally takes pride of place on the main lawn in front of Goodwood House."

"In Canada we were unable to fulfil any potential we showed during the weekend, and we anticipate that in Baku we will face a similar challenge due to the demands this circuit's characteristics place on the car."

IN WORDS: 'I believe our car is the fastest on the grid' – Toto (Mercedes)

"In terms of the car, we’ve joked about it being a bit of a diva. But it’s a good car – though sometimes it can be difficult. This is something we have to accept so that we can understand and appreciate the many positive characteristics that it has. I believe our car is the fastest on the grid and I wouldn’t want any other."

Pierre Fillon: "We are demonstrating the new relationship between the ACO and Formula One. With Chase Carey at the top of F1, the time has come to work together on a motor sport calendar that allows fans to enjoy both Formula 1 and the races of the world endurance championship."

"There is a third option, one that it's easy to assume could never happen in a million years. McLaren and Ferrari, fierce rivals for over four decades, in bed together?"

The Monaco Grand Prix clashes again with the Indy500 race on May 27th 2018. Not sure what @alo_oficial thinks about that. #AMuS #F1

After Sauber Team Principal Monisha Kaltenborn’s suggestions that modern Formula One is ‘too technical’, @blockwall2 considers it more of an asset than an ailment.

For me Kaltenborn’s complaints suggest that Sauber don’t know that they are doing technically so they want the sport dumbed down. This makes sense when you look at their on track performance.

A side note that is kind of related: I get frustrated with people that want to go back to old tech because they can understand it more or because it was ‘cool’. You have to remember that the sport is built on people like Dan Gurney being innovative and discovering new ways of making racing cars go faster. A big reason why the old tech that a lot of people like was cool when it was around was because it was pushing the limit of what was technically possible at that time. Fortunately F1’s current engine and aero formula is allowing teams to do some really cool engineering that is innovative. Hopefully future changes to the formula are just as forward thinking from and engineering standpoint.
@blockwall2