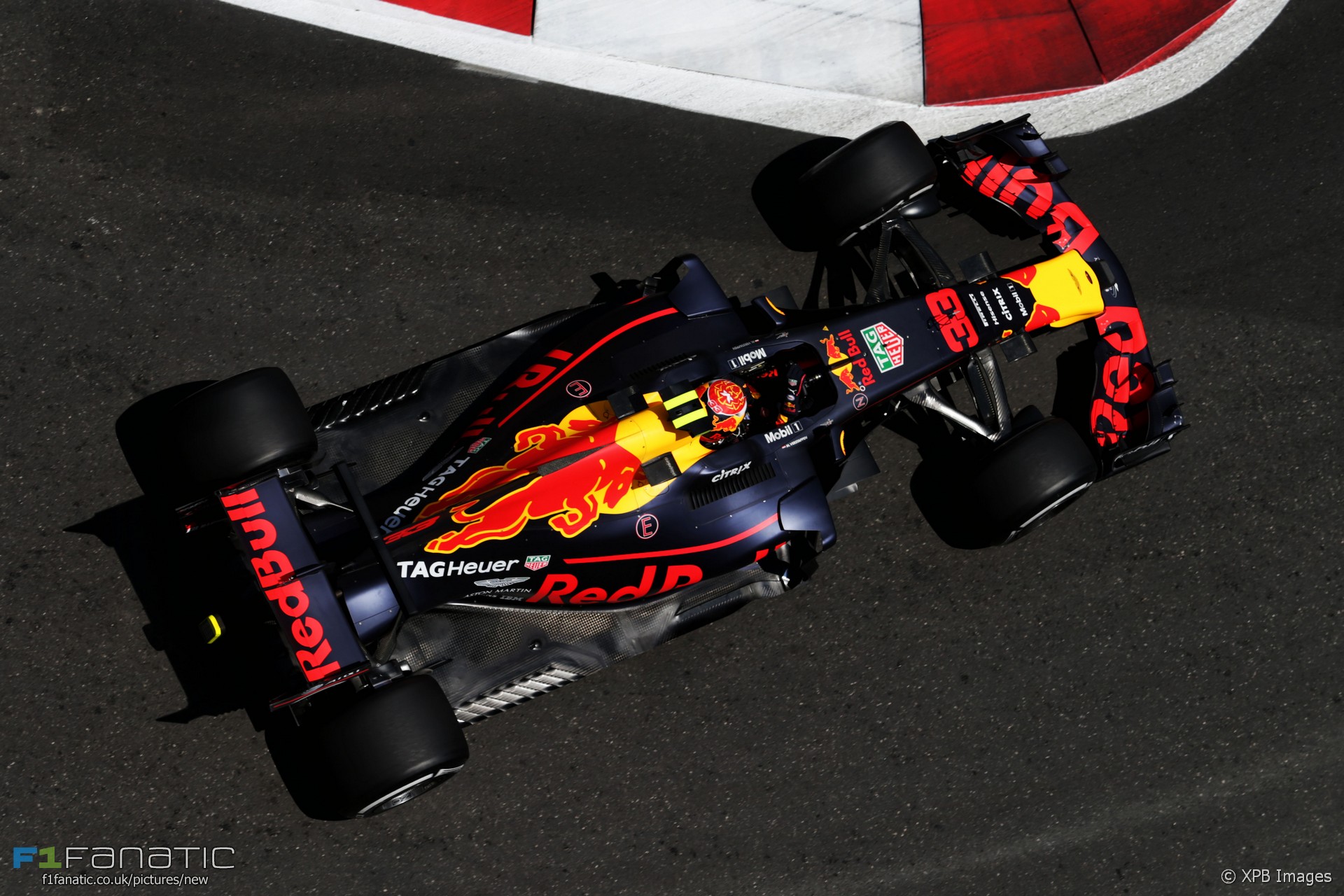 Max Verstappen said Friday practice in Baku was his best of the season so far despite crashing on his final lap in the second session.

“The whole day has been really positive, except the last lap,” said Verstappen. “Everything has been working well. From lap one I felt comfortable in the car, it was handling really well and I was confident with the set-up.”

He credited Red Bull’s strong performance through the two sessions to the team getting the car’s set-up right before they arrived at the track.

“I think the preparation we did at the factory and in the simulator has allowed us to come here with a strong setup and competitive car from the go,” he said. “This has definitely been the most positive Friday of the year so far.”

A series of spins and incidents delayed several drivers during the second practice session and Verstappen felt there was more to come from his RB13.

“In the second session I felt I couldn’t get the maximum out of the short run pace due to yellow flags and traffic so we can be very happy to still finish P1,” he said.

“It feels like the cars are quicker through the corners this year, this means if you have a lock-up in can be more critical.”

Verstappen said it was such a lock-up which caused his crash shortly before the day’s running ended. “At the end I locked up at turn one, I could see I wasn’t going to make the corner so decided to take the run off, as I turned right I lost the rear and ended up sliding into the wall.”

2 comments on “Despite crash, Verstappen says this was his best Friday so far”