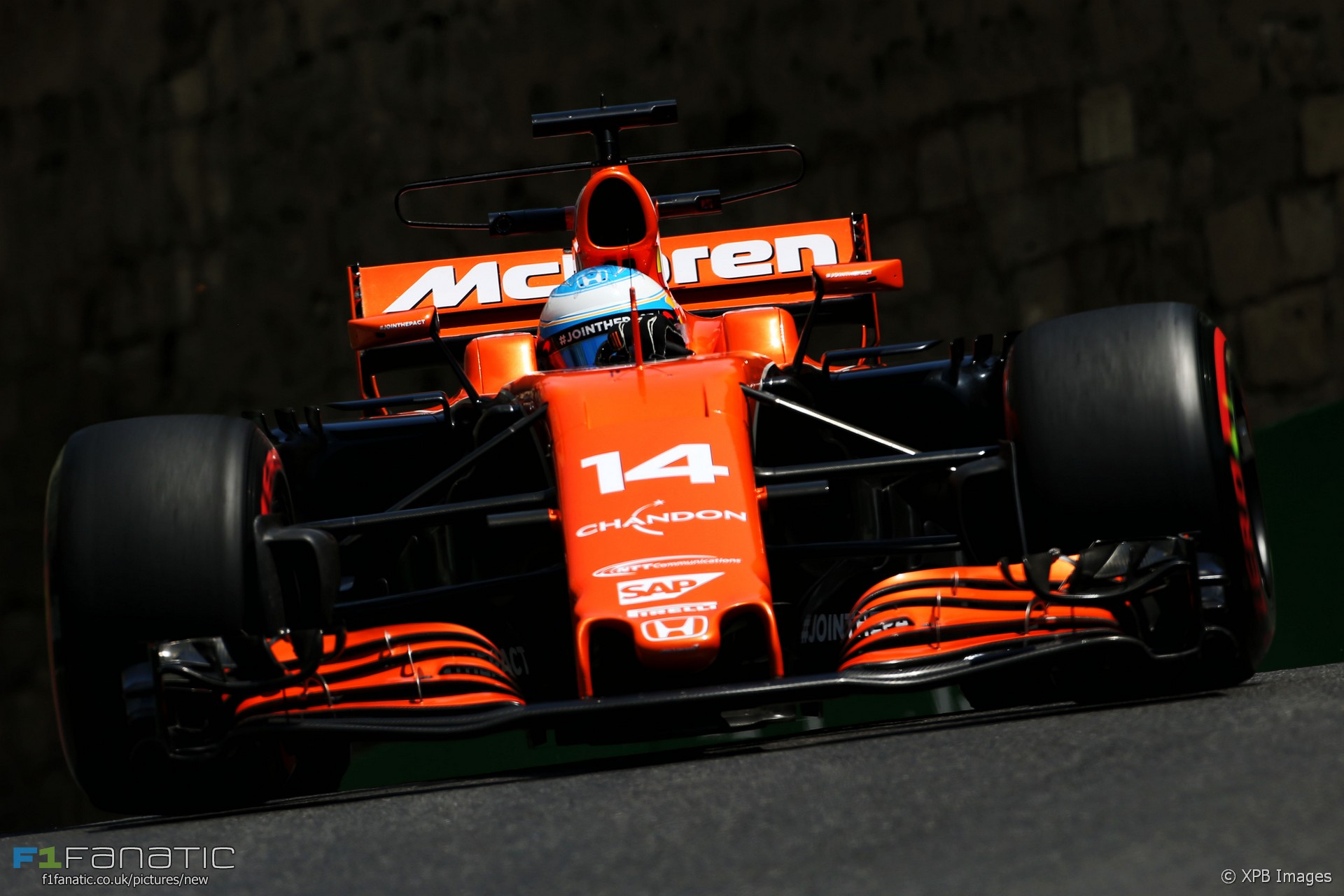 Alonso said “engine, engine” as his car came to a stop on his 16th lap of the track during second practice. However Boullier told the FIA press conference afterwards “it wasn’t an engine failure, it was a gearbox failure”.

Teams can use non-race gearboxes during Friday practice so the failure is unlikely to lead to a further grid penalty for Alonso.

Despite the setback Boullier said the upgrade introduced by Honda this weekend has brought a discernible performance improvement in the car.

“We have to compete with these guys [the front runners], not to be in the back of the grid,” he said. “As a partner we expect a certain level of performance. Not commitment, because they have it, they have the resources. It’s just the level of performance, which today we did another step – a big step.”

However Boullier admitted Baku has so far proved as difficult a circuit for McLaren are they expected it to be. The team’s leading car was 12th quickest, 2.1 seconds behind pace setter Max Verstappen’s Red Bull.

“The global performance is easy [to understand], you just see the lap time,” he said. “We are very slow this weekend, we are expecting to be slow.”