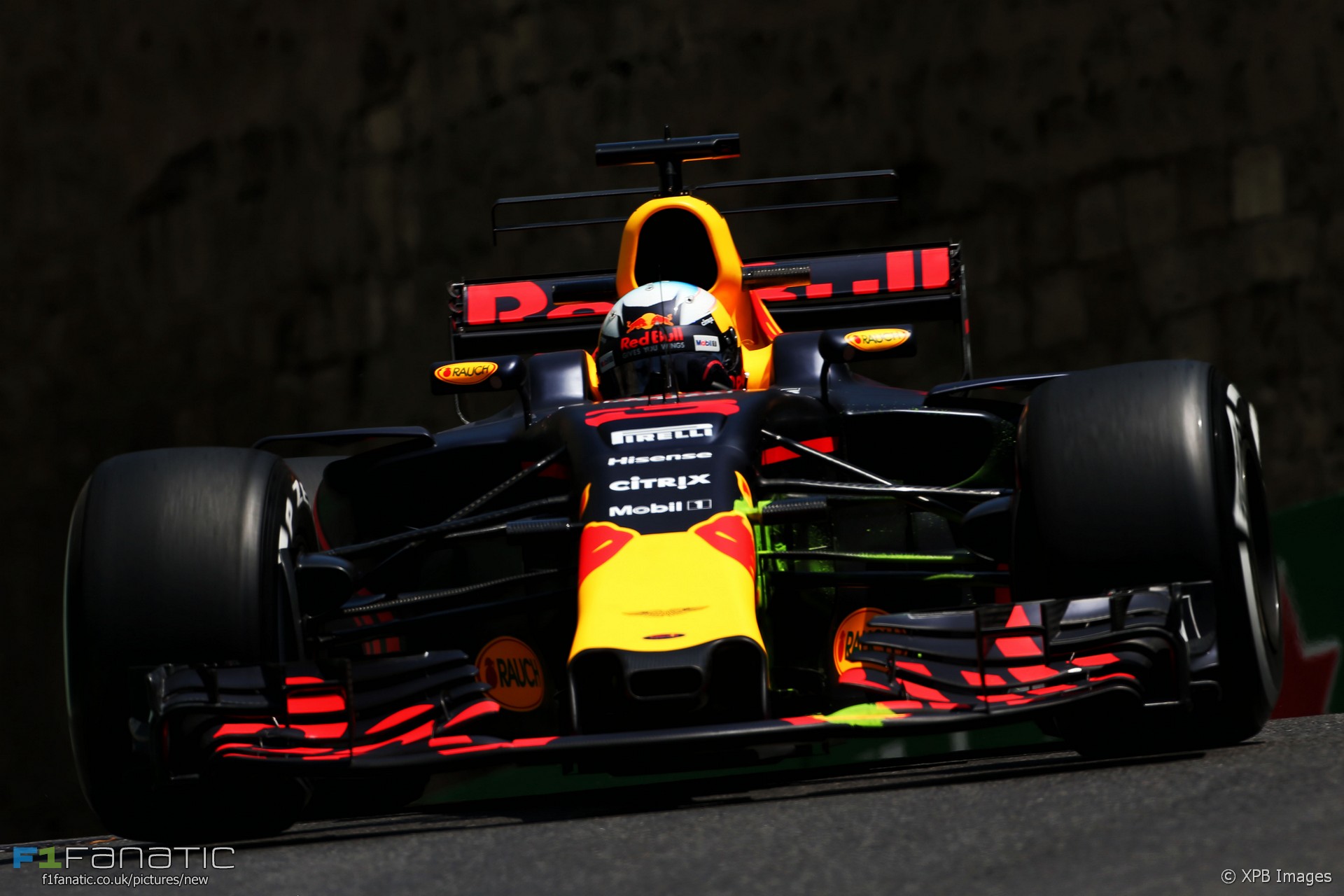 Daniel Ricciardo has praised the efforts of his Red Bull team, following his unlikely comeback through the field to win a frantic Azerbaijan Grand Prix.

After starting from tenth on the grid following his crash in Q3 on Saturday, Ricciardo knew that the odds of him taking victory were already slim before the lights went out, before debris in his radiators forced him to make unscheduled early stop.

“I think the odds got pushed even further back when we had to make an unscheduled pitstop early and I think that dropped me back to 17th, my engineer said,” says Ricciardo. “So it’s crazy. Crazy race.”

Despite the setback, Ricciardo says the work of the Red Bull team, including his race engineer Simon Rennie, was instrumental in helping him to navigate through the mayhem of the race and claim an unlikely first win of the season.

“There was a lot, but I thought everyone was really good today,” explains Ricciardo. “Simon’s been strong. In the past, he’s been a bit shy on the radio but I got into him and told him he could talk a bit more. I like the sound of his voice.

“It was good, everyone was helping me out. I kind of said yesterday I was disappointed with the qualifying and obviously my mistake. But I wasn’t too down and I said ‘look, it’s going to be a race of no mistakes and capitalising on moments and opportunities’ and it felt like we did everything we could with that today.”

Ricciardo’s rise through the field was punctuated by some impressive overtaking moves, including a double pass on the Williams pair of Lance Stroll and Felipe Massa along the lengthy front straight.

“Things kind of fell into place quite nicely, but every race start I was able to make positions and make it happen,” says Ricciardo.

“That last one was really important. I think there was Stroll, Massa, [Nico] Hulkenberg, me – all nearly four wide. Managed to get into third on the restart and then that was , in a way, the winning move. Crazy. It’s slowly sinking in.”