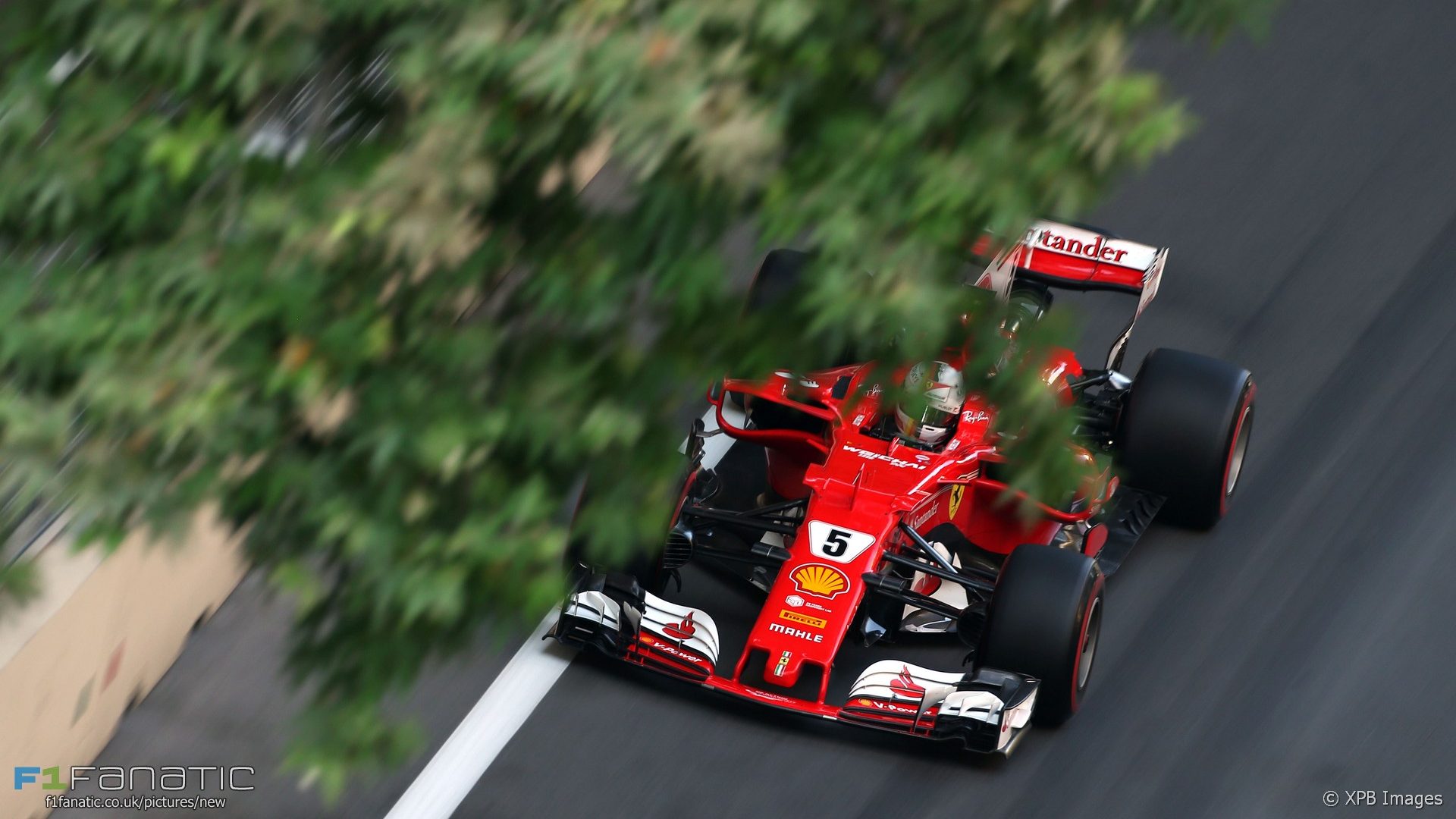 Sebastian Vettel courted controversy in the Azerbaijan Grand Prix when he collided with title rival Lewis Hamilton behind the Safety Car.

The Ferrari driver was given a ten-second stop-go penalty for the incident, which is one of the strongest penalties available to the stewards. He also received three penalty points on his licence, leaving him three short of a one-race ban.

Did the stewards make the right call on Vettel’s extraordinary move?

The stewards did not take a soft stance on Vettel’s move. A ten-second stop-go penalty costs the driver much more than the ten seconds they spend stationary in the pits as they cannot serve it at the same time as an ordinary pit stop.

Vettel’s penalty only seemed to be lenient because many of his rivals had compromised races. In particular Hamilton, who dropped behind him because he had to pit to have his headrest fixed.

Similarly incidents in the recent past were arguably treated much more leniently by the stewards. In 2011 Pastor Maldonado was given a five-place grid drop for hitting Hamilton at Spa and when he did the same to Sergio Perez in Monaco the following year his penalty was twice as severe.

Even low-speed contact between open-wheel, open-cockpit cars can have unpredictable, damaging and even dangerous consequences. Vettel caused the contact deliberately and therefore it should be treated more severely than a normal racing incident.

This is something the stewards do not seem to have considered, even if Vettel’s penalty was more severe than Maldonado’s were.

Since the race Vettel has continued to protest his innocence, saying “I don’t know why I got the penalty and Lewis didn’t.” Because Vettel was treated so leniently, he appears to have learned nothing from the incident. A harsher penalty was needed.

Vettel’s attempt to shift blame onto Hamilton by claiming he was brake-tested is a red herring. Telemetry from the cars makes this kind of thing very easy to judge, which is precisely why we hardly see it happen any more. Unsurprisingly, the stewards ruled Hamilton did nothing of the sort.

It is surprising that when so much time and money is invested in raising safety standards in Formula One, the stewards are apparently not concerned in the slightest about one driver using their car as a weapon against another.

The stewards appear to have treated Vettel’s move as if it was a normal incident which happened while two drivers were battling for position. But it wasn’t: it occured behind the Safety Car and was a deliberate attempt to hit a rival’s car with his own.

Regardless of whether he was provoked, this is unacceptable. Vettel lost control of his emotions and caused contact with another driver which, despite the low speeds involved, could have had all sorts of unpredictable consequences.

It may seem trite to point out that young drivers can be influenced by driving standards such as this, but it is true. In 2015 Dan Ticktum, now a Red Bull junior driver, was banned from racing for a year after deliberately colliding with a rival during a Safety Car period.

Racing drivers at all levels in the sport must understand this is not acceptable. A disqualification from the race for Vettel was certainly warranted and would have sent a clear and correct message.

Was Vettel’s penalty right? Should it have been more or less severe? Cast your vote below and have your say in the comments: