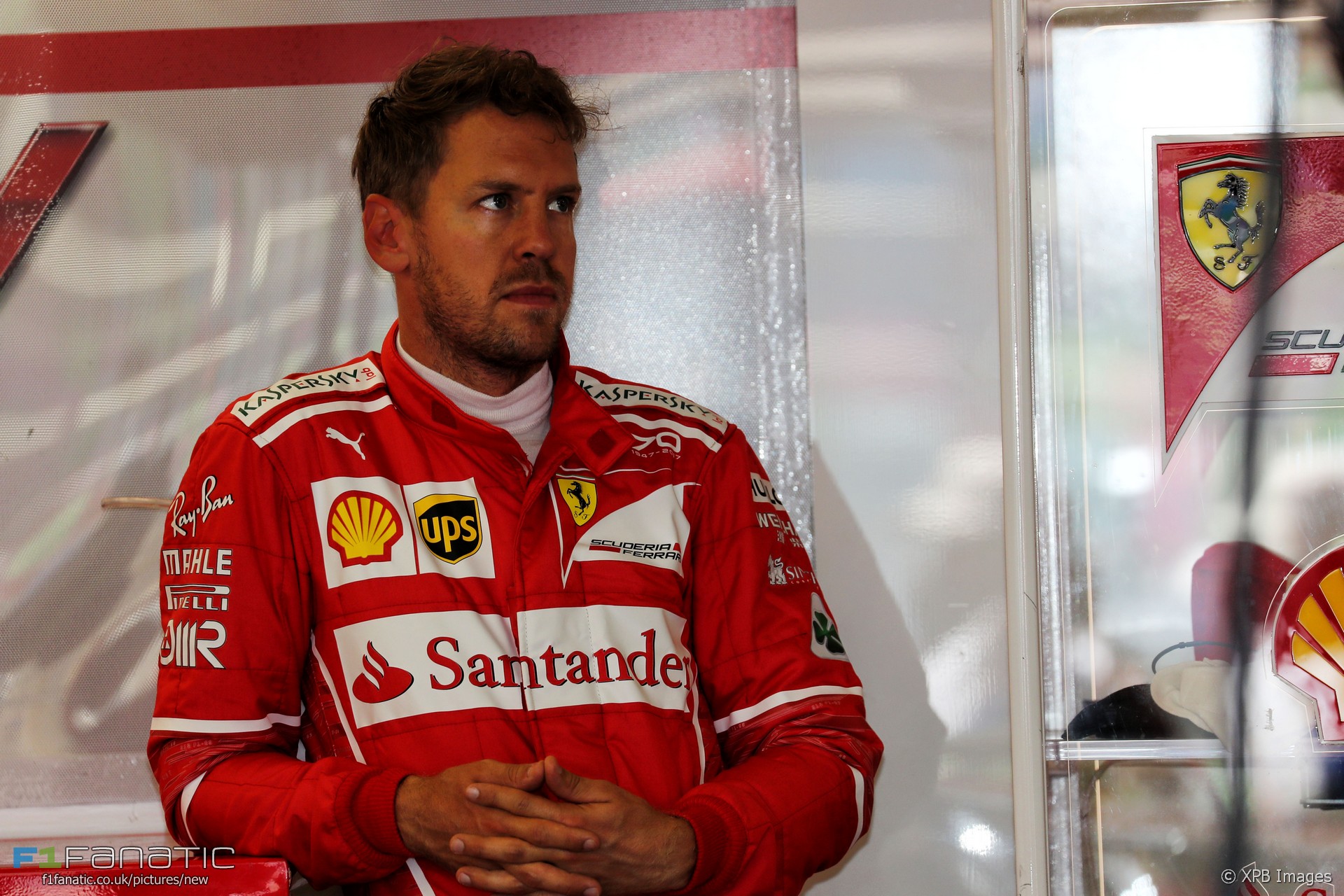 Sebastian Vettel has apologised for his collision with Lewis Hamilton in a statement issued on his website.

The Ferrari driver also said he intends to apologise to Hamilton directly for the incident.

“Concerning the incidents of Baku I’d like to explain myself,” Vettel wrote.

“During the re-start lap, I got surprised by Lewis and ran into the back of his car. With hindsight, I don’t believe he had any bad intentions.”

“In the heat of the action I then overreacted, and therefore I want to apologise to Lewis directly, as well as to all the people who were watching the race. I realise that I was not setting a good example.”

“I had no intention at anytime to put Lewis in danger, but I understand that I caused a dangerous situation.”

Vettel met with FIA president Jean Todt today in Paris. The sport’s governing body later confirmed he will receive no further sanction for the incident.

“I would like to apologise to the FIA,” Vettel added. I accept and respect the decisions that were taken at today’s meeting in Paris, as well as the penalty imposed by the stewards in Baku.”

“I love this sport and I am determined to represent it in a way that can be an example for future generations.”