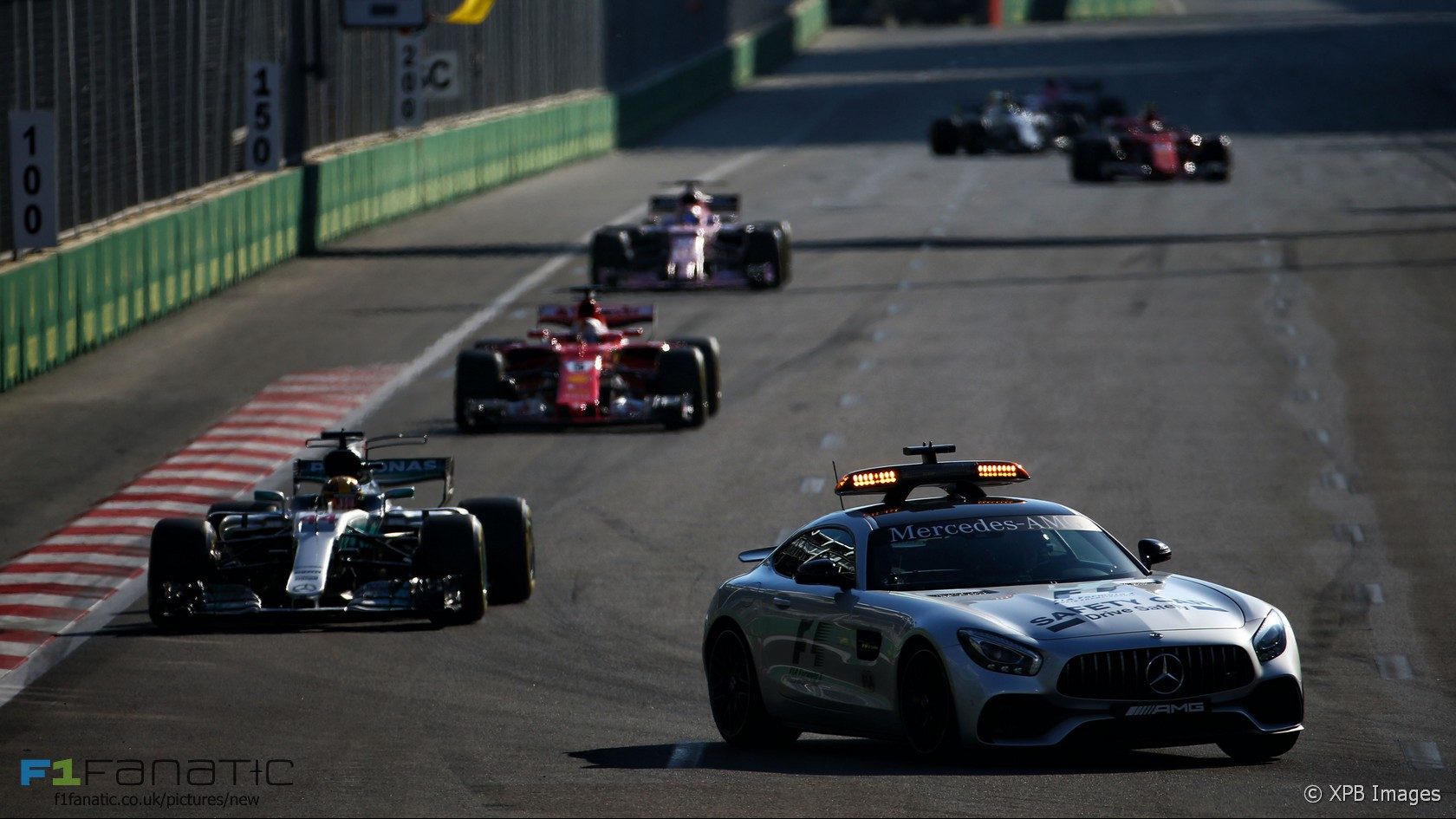 Sebastian Vettel has accepted Lewis Hamilton did not brake test him during the Azerbaijan Grand Prix.

“I don’t think he actually brake-tested me,” Vettel confirmed during the pre-race press conference for the Austrian Grand Prix. The Ferrari driver admitted it had been “the wrong decision” to pull alongside Hamilton’s car and hit him.

The pair spoke to each other following their controversial clash in the last race. Vettel was told by Hamilton to make it clear no brake-testing had taken place.

“My only point to Sebastian was I felt that saying I had brake-tested him, I was like ‘I hope you can correct that because people who people who were watching felt that was something I did’,” said Hamilton.

“The data obviously showed that was not the case. In actual fact he accelerated, I think the goal was to be as close as possible to me, but that was an error in judgement.”

“My only point there in the reply to him was that I hope he makes that clear because I had no intentions, there was no need for me to do something like that as I was in the lead.”

“I accept his apology and we’ll move forward,” Hamilton added. Vettel apologised to him when the pair exchanged text messages following the race.

Hamilton said he stands by his claim that Vettel’s driving set a bad example for younger drivers.

“I don’t think anything changes,” he said. “With all due respect Jean [Todt, FIA president] should be sitting next to us, to be honest, to answer some questions, perhaps, because I think that they didn’t change anything on the Monday so the message that was sent remains the same.”

Asked if the interested generated by the indictment was positive for F1, Hamilton said “intense battles is always a good thing for any sport, so I don’t disagree with that.”

“But collectively, as a sport, we are supposed to inspire and send the right message to so many people who want to be in our position. We’re in a position of power and how we utilise that is very important.”

Vettel denied the incident showed he has a problem with his temper. “I can see why you might believe’s it not,” he said, “but I think I face a lot of situations that are quite hot and I don’t think so.”

46 comments on “Vettel accepts Hamilton did not brake-test him”