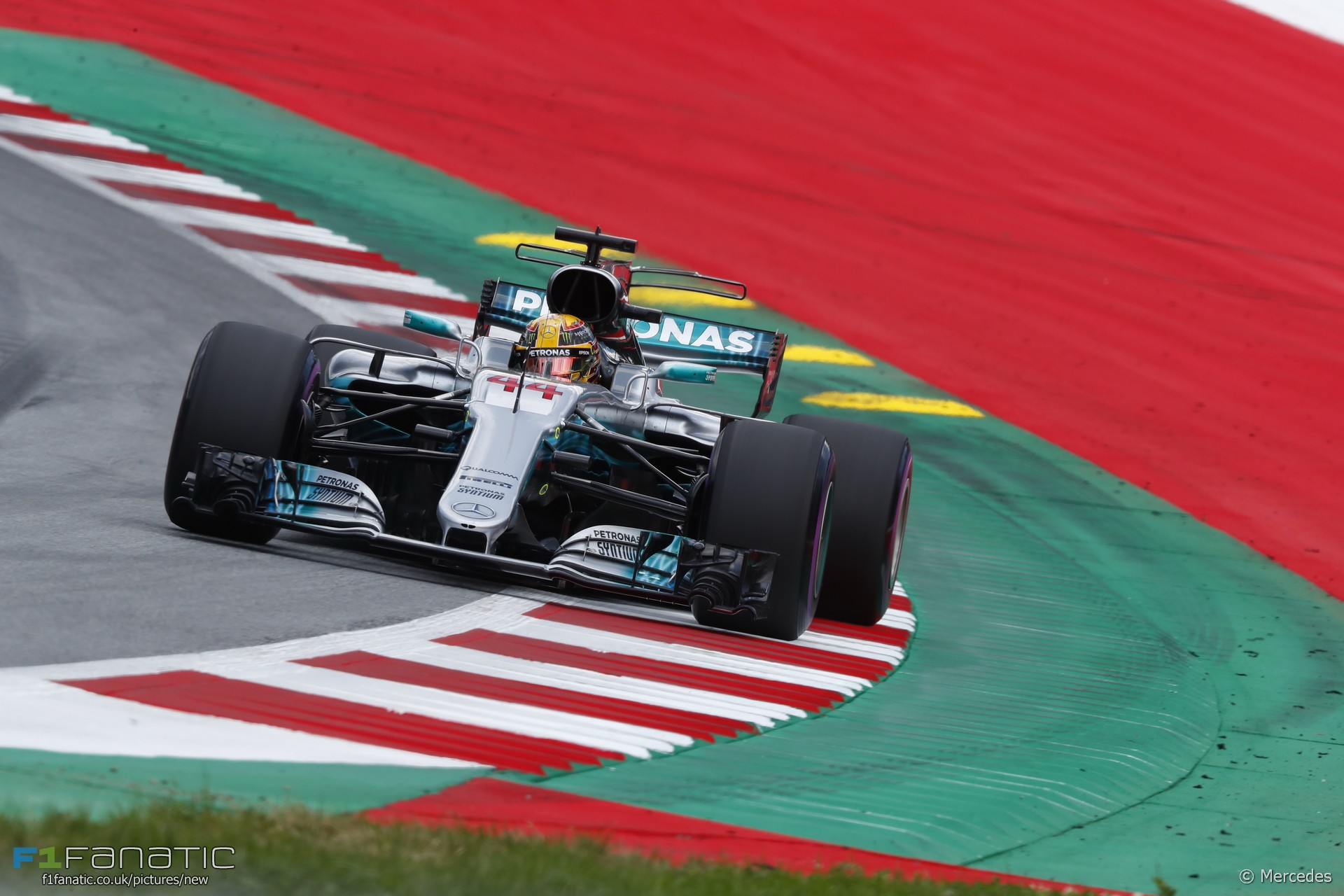 The Mercedes driver’s penalty is for a gearbox change which has become necessary ahead of the ninth round of the championship. Gearboxes are required to last for six consecutive races but Hamilton’s current gearbox was fitted at round seven in Canada, two races ago.

Mercedes have confirmed Hamilton’s gearbox problem is not related to the incident with Sebastian Vettel during the last race, when Hamilton’s car was hit twice by the Ferrari.

Hamilton has started from pole position in five of the eight races so far this year.

It is his first penalty due to a technical problem so far this year. Hamilton had two five-place penalties for gearboxes changes in 2016. His only previous penalty this year was for driving unnecessarily slowly in front of Daniel Ricciardo in the pits during the Bahrain Grand Prix.

Hamilton was asked yesterday whether he felt drivers should receive penalties for technical failures that are outside their control. He said it would be “difficult” to introduce rules which penalise the team but not the driver.

“If a driver makes a mistake the team loses points,” said Hamilton. “When [un]reliability hits, it hits you all together.”

“If you have an engine issue and you get a brand new one and you don’t take a penalty you gain an advantage on power quite often. I don’t know. Perhaps there’s a way they could do it.”

Last year Hamilton’s Mercedes team mate Nico Rosberg had a grid penalty for a gearbox change at the same race.