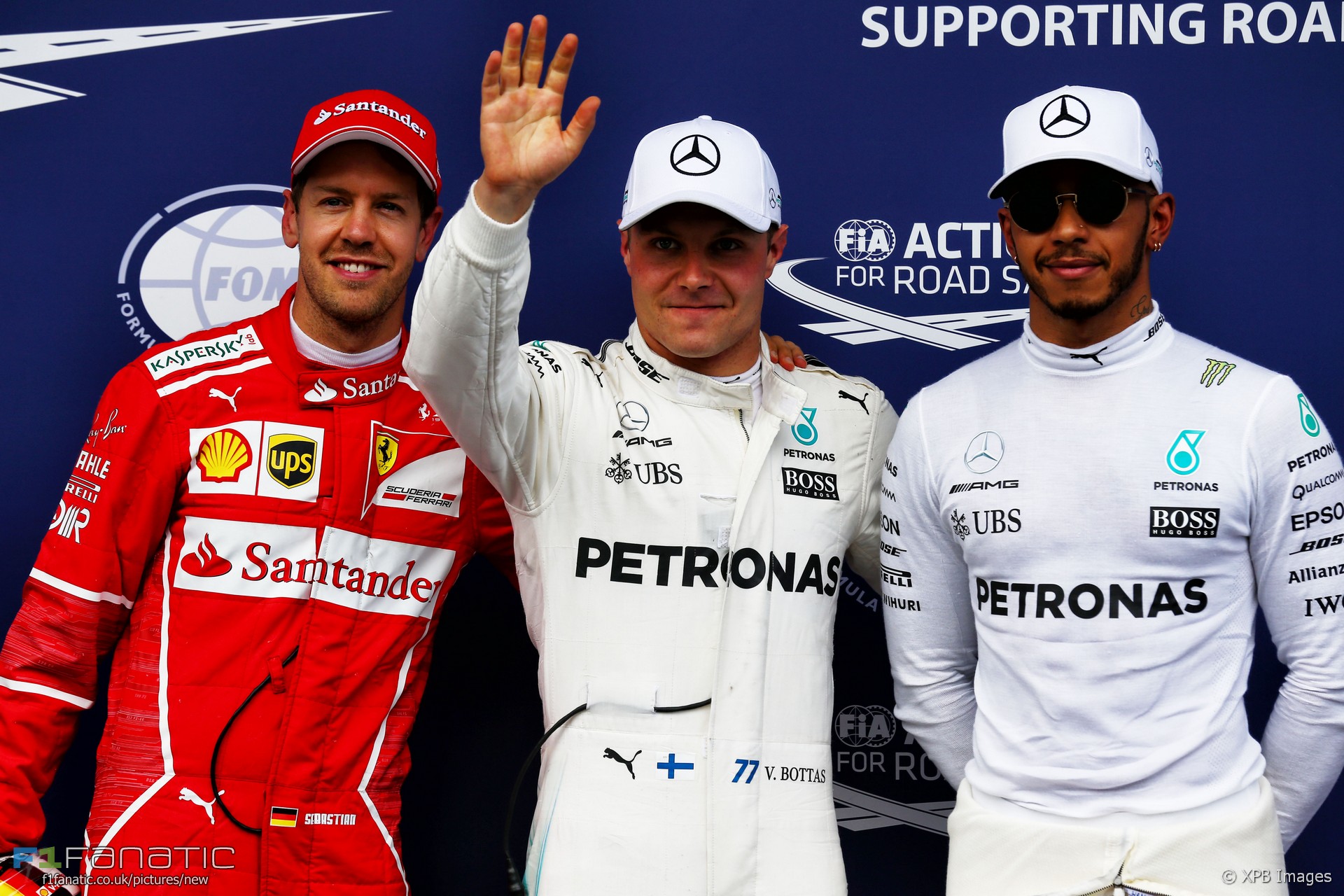 He will be joined on the front row of the grid by Sebastian Vettel. Lewis Hamilton qualified third but will line up eighth following his penalty.

Hamilton headed the first part of qualifying but he used a set of the ultra-soft tyres to secure his place in Q2. However his team mate and Vettel both progressed beyond the first stage using only the super-soft tyres.

Kimi Raikkonen attempted to do the same but had to return to the track for another run on the ultra-softs in order to ensure his progression.

The Sauber drivers had struggled throughout practice and it was no surprise to see both drop out at the first hurdle. Williams’ struggles also continued having lacked pace for much of the weekend. Neither driver managed to progress at a circuit where they locked out the front row just three years ago.

The only other driver to miss the cut was Jolyon Palmer, who fell short of beating Stoffel Vandoorne with his final effort.

Both Haas drivers made it through despite Romain Grosjean ploughing through the gravel at turn seven. However Kevin Magnussen took no further part in qualifying beyond Q1 after suffering a suspension failure.

Knowing he was unlikely to start any higher than sixth because of is penalty, Mercedes and Hamilton made a tactical decision for Q2. He set his best time on the harder super-soft tyres, which he will start on tomorrow, giving him a potential strategic advantage.

This presented no problem to him taking a place in Q3, and he was joined by the usual six from the top three teams.

Though Magnussen couldn’t run in Q2, Grosjean did and duly took a place in Q3. Both Force Indias also made it through, and Carlos Sainz Jnr joined them in what was otherwise a quiet second session.

First blood in Q3 went not to Hamilton, but to Bottas. Hamilton made a mistake at turn three and had to settle for third place behind Vettel.

Max Verstappen also lost time at turn three which left him sixth behind his team mate. Grosjean slotted in behind him, but the Haas driver played a decisive role in the final minutes.

Driving around to begin his final lap Grosjean reported a problem with his Ferrari power unit. The VF-17 ground to a halt on the hill approaching turn nine, and the chasing pack all had to back off for yellow flags.

That prevented any further improvements, though an error for Hamilton at the first corner meant he was already unlikely to improve his time. Verstappen compounded a scruffy session by spinning off at turn eight.