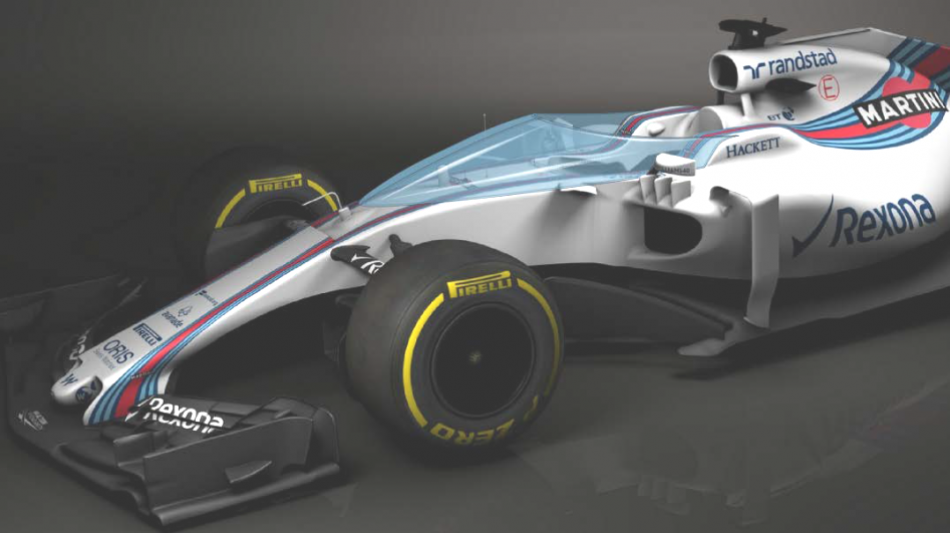 The FIA has revealed it first image of ‘Shield’, its planned new head protection system to replace the ‘Halo’ concept which was tested last year.

‘Shield’ is a transparent, open cockpit design constructed from polycarbonate. The FIA says it is “aimed at providing significant protection from debris, while ensuring unrestricted forward vision for the driver.”

The sport’s governing body describes the design as a “possible geometry” and said it is ” working with teams in Formula One on further defining its geometry.”

The FIA intends to give ‘Shield’ its first track test on a Ferrari in first practice at the British Grand Prix next weekend. That will be followed by a further test at September’s Italian Grand Prix.

In April the FIA said Shield is being “given priority” over Halo as the preferred choice of head protection system to be introduced in 2018. However several drivers have already voiced doubts about the Shield.

Formula One has been seeking an improved head protection system for drivers in the wake of a series of incidents involving flying debris in F1 and other categories.

The Halo system was tested by every team during the 2016 season. However concerns were raised over ita aesthetic shortcomings and the extent to which it limited visibility.

Red Bull proposed an alternative solution called the Aeroscreen which it tested in practice for the Russian Grand Prix last year. However FIA tests of the design concluded it did not perform well enough at protecting the driver from debris.

The FIA has previously committed to introducing some form of improved head protection in 2018 having postponed it from this year.