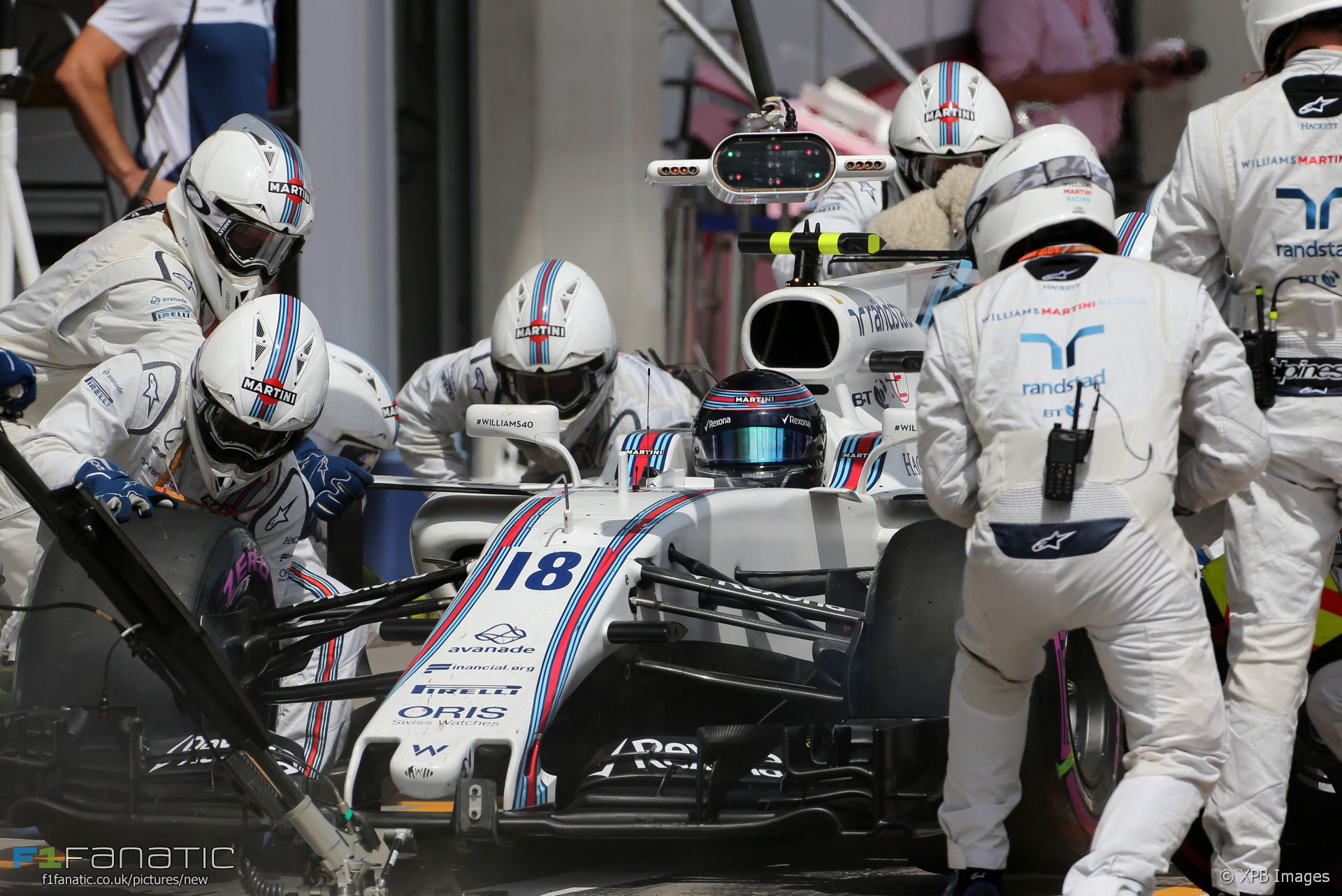 As expected most drivers preferred a one-stop strategy for the Austrian Grand Prix, but there were some differences in the teams’ tactics.

Lewis Hamilton chose to start the race on the super-soft tyres because of the gearbox change penalty which cost him five places on the grid. However he revealed after the race he made his pit stop around ten laps earlier than planned. Hamilton hadn’t been happy on the harder tyres.

However Hamilton had easily gone far enough to make a switch to the ultra-softs a possibility. Like most drivers, he did one stint each on the softer of the two available tyres. His stop was also the quickest complete stop of the race.

Those who started on the softs seemed to make them work well. Jolyon Palmer had good pace early in the race and came close to scoring a point again.