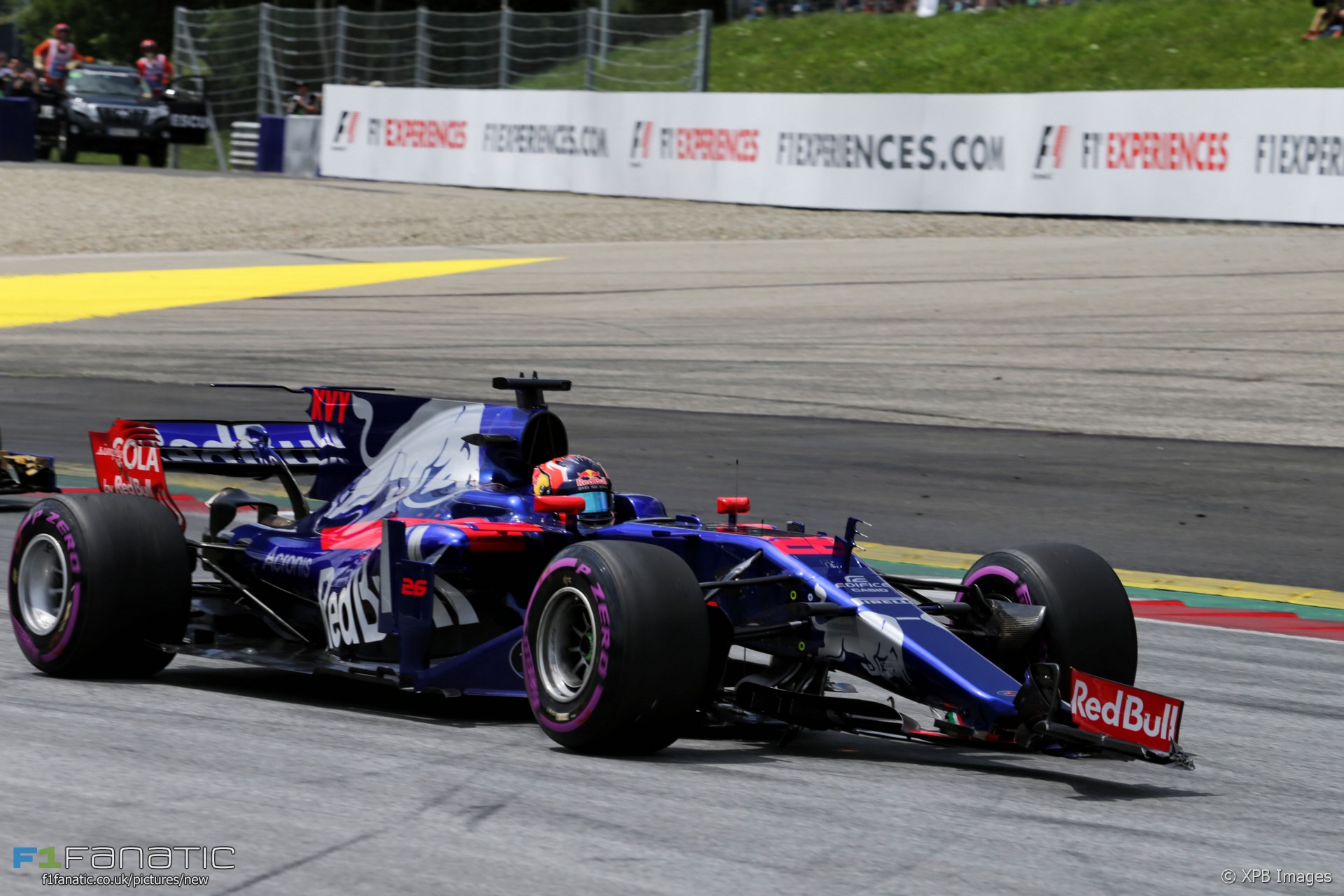 Daniil Kvyat and Stoffel Vandoorne have each been given two penalty points for incidents during the Austrian Grand Prix.

Both drivers also had to serve drive-through penalties during the race.

Kvyat’s penalty was for causing the first-lap collision which eliminated Fernando Alonso and Max Verstappen from the race. The stewards ruled he “braked late” for the first corner, triggering the crash.

Vandoorne was penalised for failing to observe blue flags “for at least two laps”. Kimi Raikkonen was heard complaining about the McLaren on the radio during the race.

Kvyat now has seven penalty points on his licence. That means he will have the most of any driver at the next race along with his team mate Carlos Sainz Jnr and Sebastian Vettel, who will both be on seven. Vandoorne has accrued a total of five penalty points over the last 12 months.

51 comments on “Kvyat and Vandoorne given two penalty points”