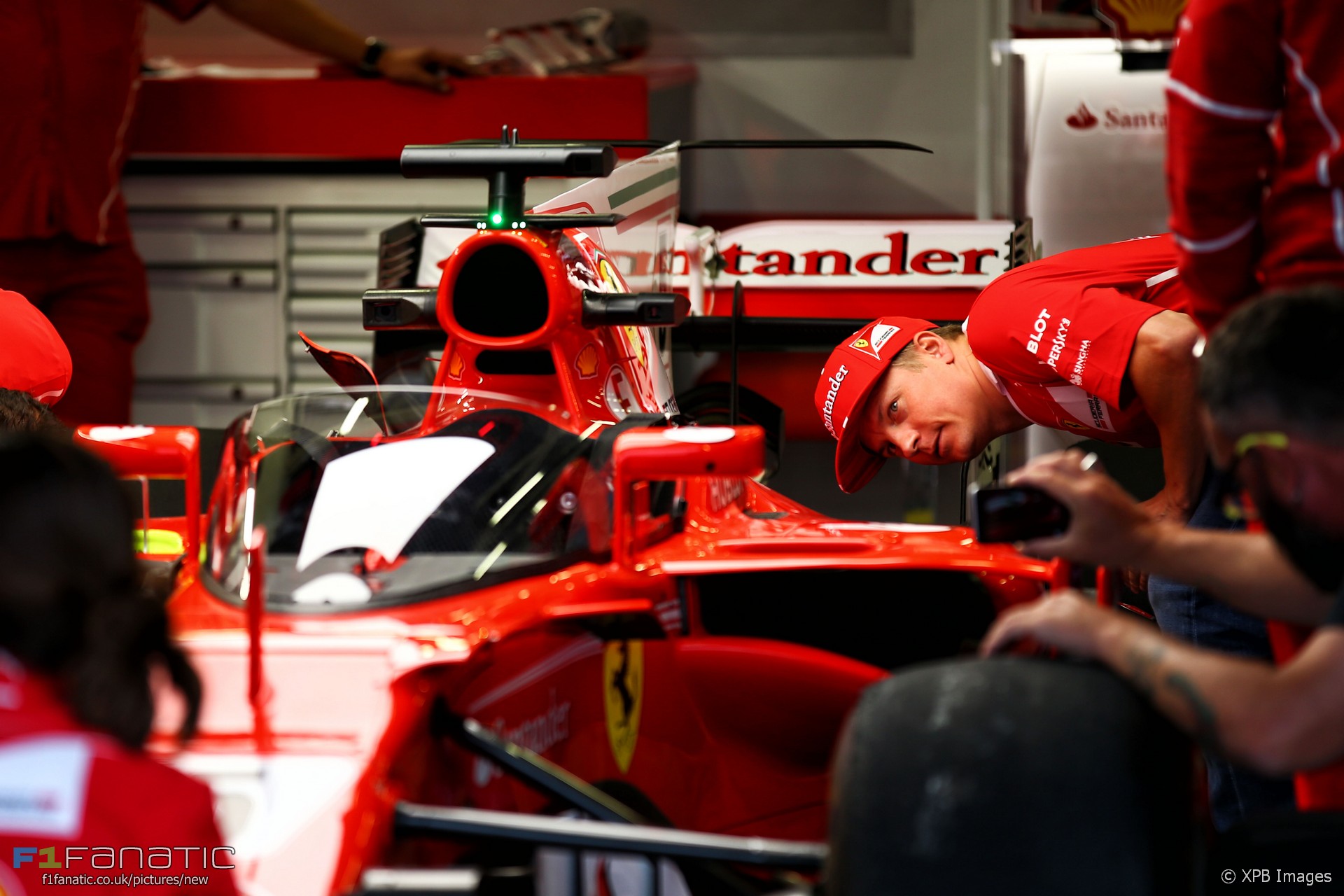 The Shield head protection system which F1 will test for the first time this weekend has been spotted at Silverstone.

Sebastian Vettel will be the first driver to test the structure during tomorrow’s first practice session. Shield has been chosen as a replacement for Halo as an improved form of head protection for drivers.

The FIA revealed the first official image of the Shield prototype during the Austrian Grand Prix weekend. Further tests are planned at the Italian Grand Prix in September to judge whether the design could be introduced in 2018.

Teams have been investigating how they could incorporate the design into their cars for next year if it is required by the rules. Force India technical director Andrew Green said there were “a lot of question marks over it”.

Some drivers have continued to express scepticism over the need for additional head protection. “I haven’t been a big fan of the Halo and I’m not a huge fan of the Shield either,” said Romain Grosjean.

Every team tested a version of the Halo during the 2016 F1 season before the idea was dropped in favour of the Shield.