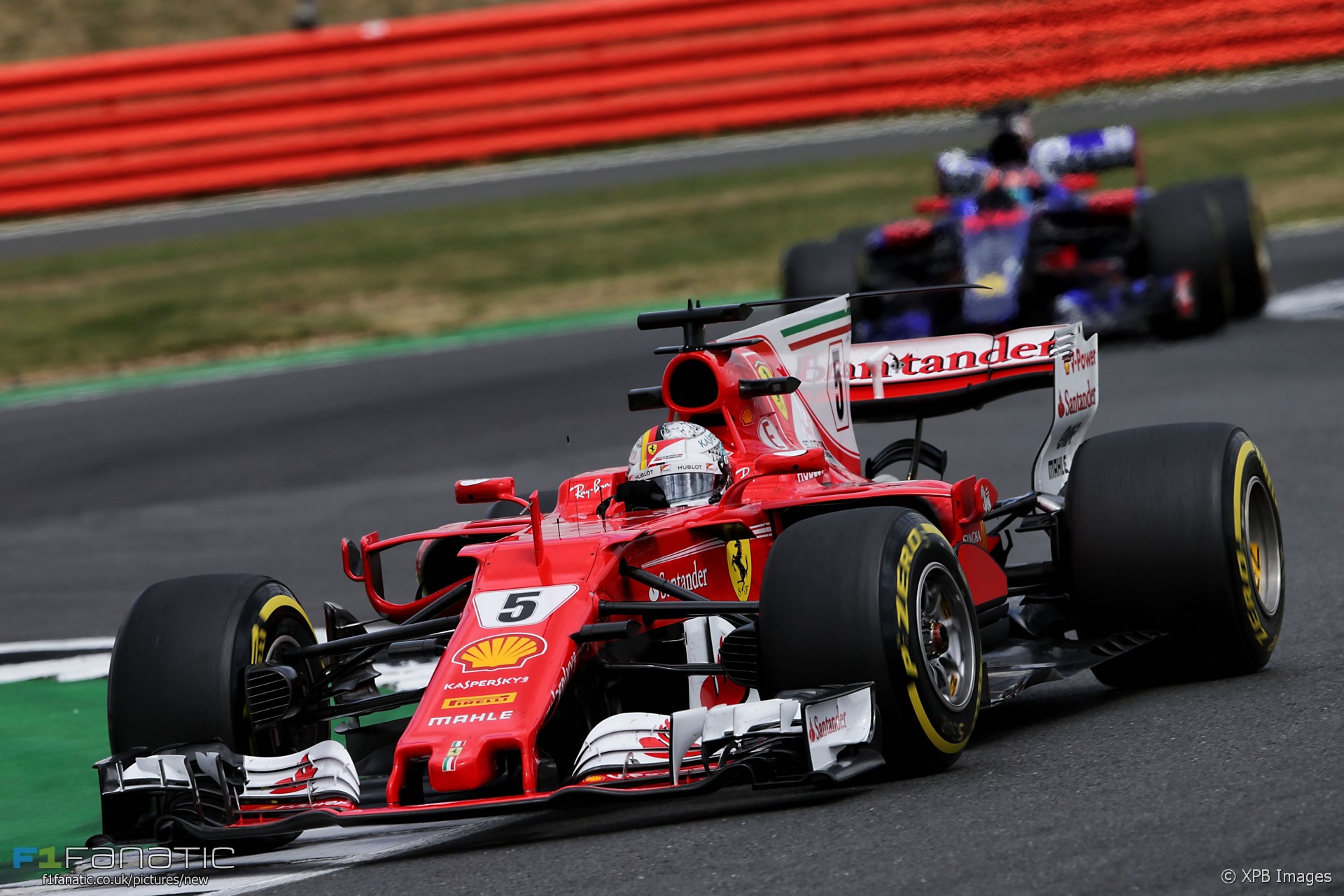 With his lap of 1’28.496 in Friday’s afternoon session, Valtteri Bottas lapped over 3.1 seconds faster than anyone had in Friday at last year’s British Grand Prix.

This indicates F1 is on course for one of the biggest year-on-year lap time gains we’ve seen so far. Only in China did the cars find more speed compared with 12 months ago (3.7 seconds).

Of course most of the time is being found in Silverstone’s dauntingly fast corners. The cars are generating some stunning forces: In excess of 6G through Becketts. Even by Formula One’s extreme standards, this is eye-opening stuff for the drivers.

“The amount of downforce you carry in the high-speed corners is incredible,” says Sergio Perez.

“Of all the tracks we have raced this season, this is probably the one on which I have experienced the biggest difference compared to last year. All the reference points you have built up in the past change and this can put you at a disadvantage: it took me a bit of time to get used to the amounts of grip we have, but I am feeling comfortable now.”

The softest tyres Pirelli has brought for this weekend, the super-soft, offer only a modest performance advantage over the soft tyres. For qualifying they’re a one-lap tyre, which require some care at the end of the lap to keep them in good shape.

“Tyre-wise, I think most people are happier with the soft at the moment and that’s the trend,” says Daniel Ricciardo. “The super-soft is a bit quicker but it doesn’t seem to last as long so I think most of the race will be run on the soft tyre.”

For those who expect to reach Q3 the super-soft is still likely to be the preferred choice. However Bottas finds himself in the same situation Lewis Hamilton was in a week ago: He will take a five-place grid penalty, giving him a clear incentive to consider using the harder tyres in Q2.