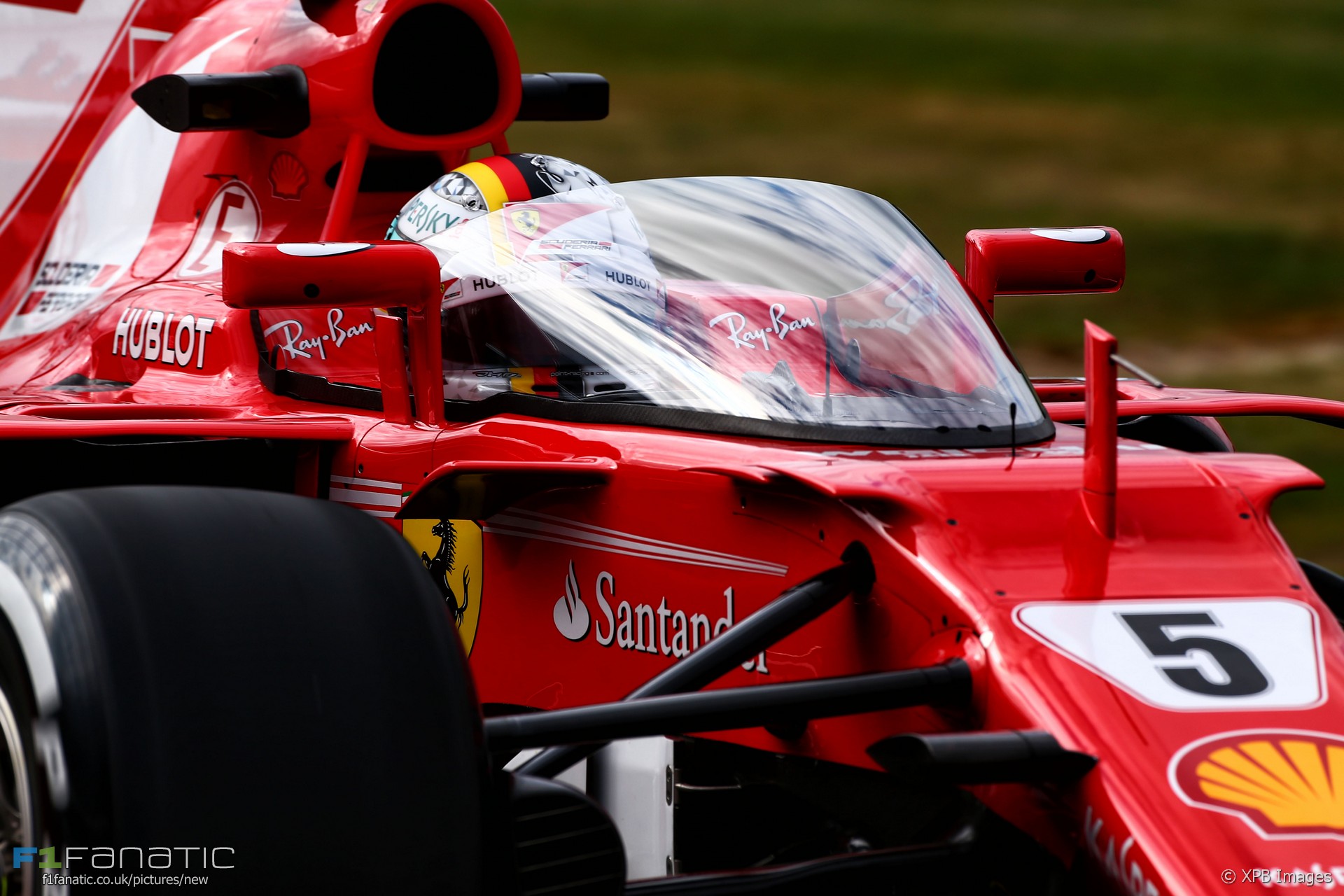 Sebastian Vettel was unimpressed with several aspects of the shield head protection which he tested today at Silverstone.

The Ferrari driver is the first person to run with the new device which is intended to improve safety.

“I tried it this morning, I got a bit dizzy,” said Vettel. “Forward vision is not very good.”

Vettel revealed the team cut short their planned evaluation of the shield. “We had a run plan with it but I didn’t like it so we took it off.”

However Vettel believes the shield shouldn’t make it too difficult for drivers to get out of a car quickly after a crash.

“For sure it doesn’t help,” he said. “Getting in doesn’t matter. I think getting out it’s more about getting used to it, it’s not the main thing.”

“It’s probably more about getting used to it,” he added.

The FIA plans to conduct further tests of shield at the Italian Grand Prix in September to evaluate whether it could be introduced to Formula One in 2018. However several drivers have raised questions over whether the additional layer of protected is needed.

Last year all the teams tested the Halo design before it was dropped by the FIA in favour of the shield. The FIA has said it will introduce some new form of head protection next year.