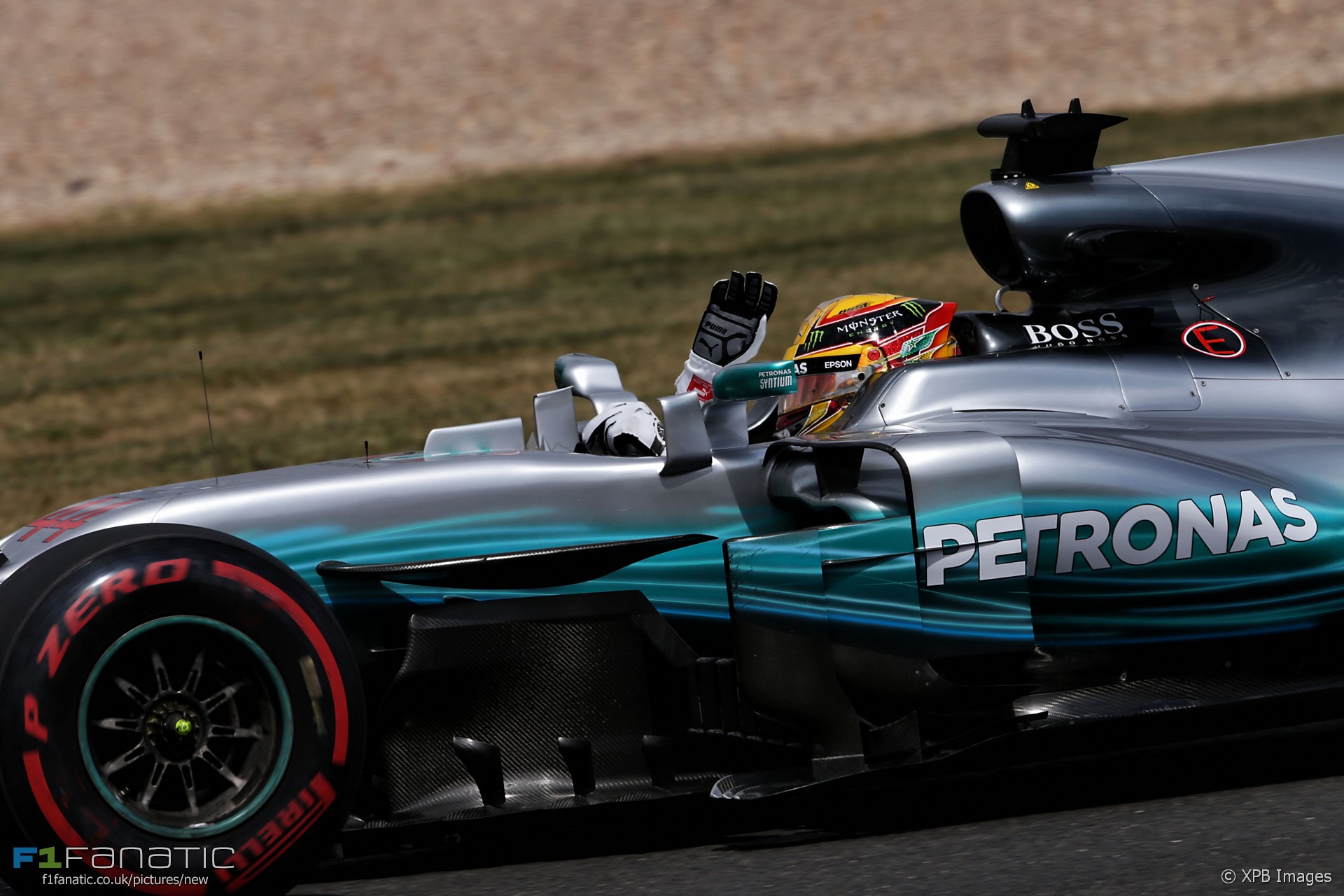 Lewis Hamilton has admitted he is ‘relieved’ to keep pole after stewards chose to take no action over his incident with Romain Grosjean in Q3.

Hamilton took pole position in qualifying but the result was provisional as the stewards investigated whether he illegally impeded the Haas driver in Vale corner.

“I’m grateful that the stewards didn’t take any action,” says Hamilton. “I had no intentions of getting in the way of anyone and I didn’t think I was in the way, but that’s definitely a relief.”

The stewards’ decision means that Hamilton will start his home grand prix from pole position for the third consecutive year.

“The weekend’s been great so far, the fans have been exceptional and to be able to pull out a lap like that and make it stick and be able to try and work from that tomorrow is a great feeling,” says Hamilton.

“I want to win this grand prix for this crowd.”

12 comments on “Hamilton ‘relieved’ to keep pole after investigation”