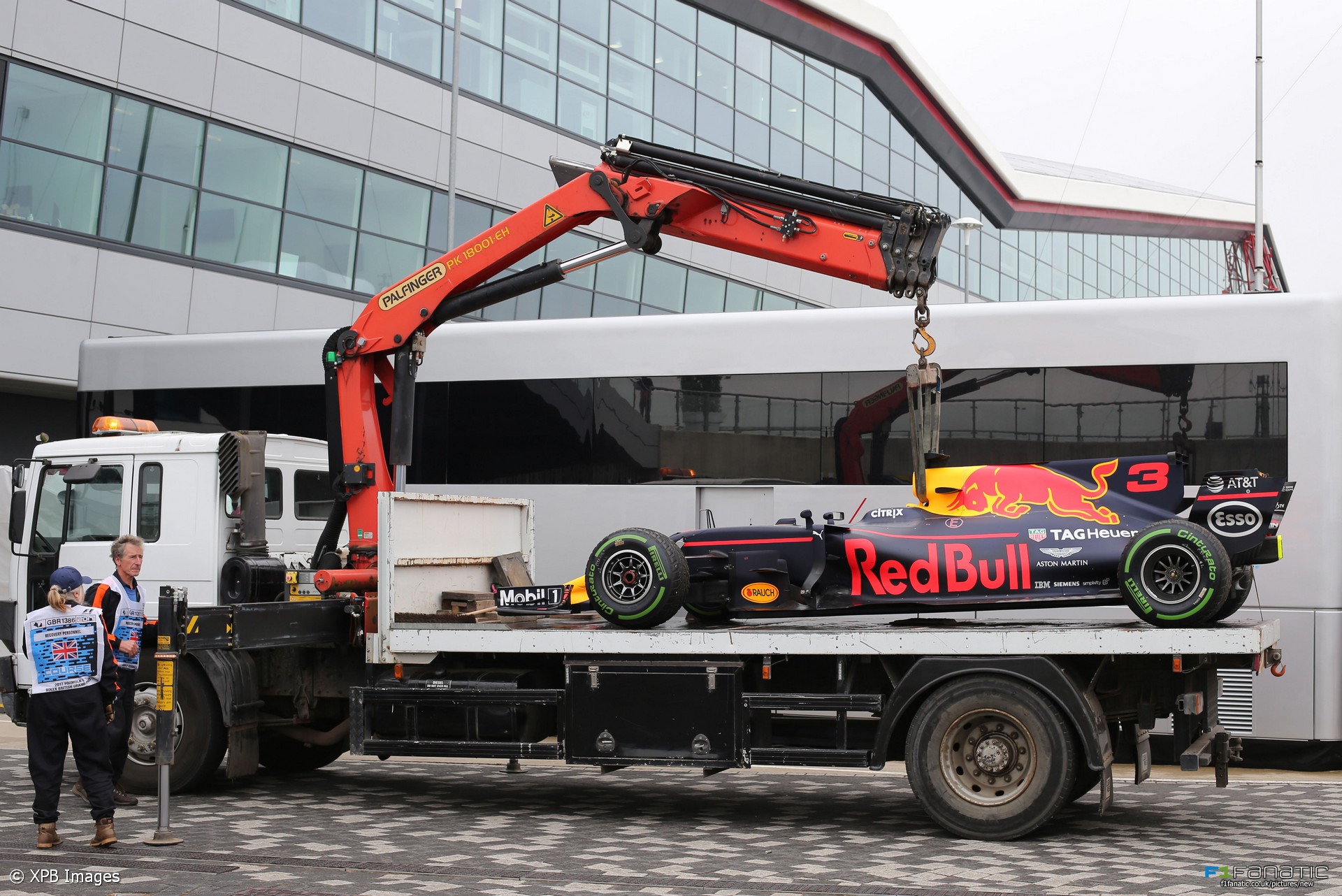 Daniel Ricciardo says he is disappointed he was not able to show more of Red Bull’s potential after he was sidelined in Q1 with a suspected turbo failure.

Ricciardo had set the fastest time in the early phase of Q1 in his Red Bull, but suddenly slowed along the Wellington Straight before pulling off the track at Woodcote, bringing out the red flags and ending his session.

“It isn’t sure yet, but it’s suspected,” explained Ricciardo. “It sounded a little bit sick, that was the first thing. I lost a bit of power and then I heard some weird turbo noises.

“I thought I could make it back to the pits but then everything went off. Definitely a big failure of some sort and we couldn’t stay for the session, so disappointing.”

After setting the early pace during the damp start to Q1 before the failure, Ricciardo says he is disappointed that he did not have more opportunity to show his speed.

“We know these conditions could’ve given us a bit more opportunity. We were quick at the beginning there,” says Ricciardo.

“Obviously tomorrow is another day, I’m just disappointed not to have shown more of what we could do in qualifying. But yeah, tomorrow is where the points are. We have some work ahead of us to get back into them but until we can it is what it is.”

Ricciardo was already doomed to start five places below his qualifying position after Red Bull were forced to change his gearbox following Friday practice.

“I thought five grid places was bad but we’re definitely at the back now,” says Ricciardo. “Well, Alonso’s starting at like Stowe now.”