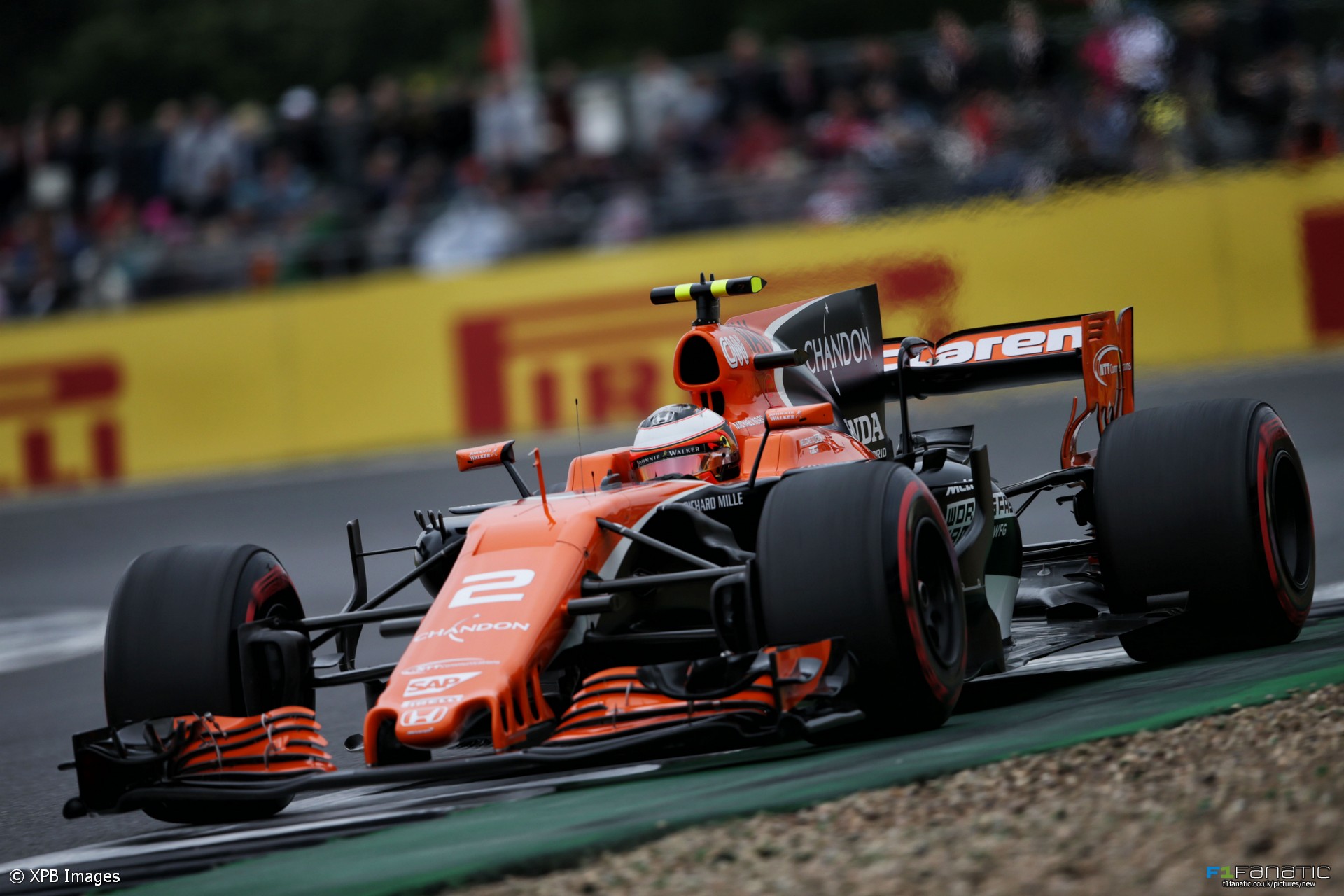 Stoffel Vandoorne says he was not expecting to make his second Q3 appearance of the season at Silverstone ahead of team mate Fernando Alonso.

“To take part in Q3 at Silverstone was a bit unexpected,” says Vandoorne. “But I’ve been working very well for the past couple of races, and we’ve clearly seen the improvements inside the team.

“In Azerbaijan, in Austria, and here at Silverstone this weekend, Fernando and I largely matched each other’s pace. It’s obviously a pretty good feeling to have made that extra step.”

After team mate Fernando Alonso took advantage of a drying track to set the quickest time at the end of Q1, Vandoorne says McLaren had been looking forward to changeable conditions in qualifying all season.

“We’d been hoping to get a rainy mixed-condition qualifying for a long time and I think we were pretty strong in these conditions all session long,” says Vandoorne. “Then, when the track got drier, we maximised every chance we got.

“As usual, it’s very close in the midfield pack, and we usually see that some of the others have got a little something extra for qualifying. But I think the mixed conditions really helped us today. Every time I was on track, I managed to bank a good lap-time, and I think ninth in Q3 was really the maximum we could do today.”