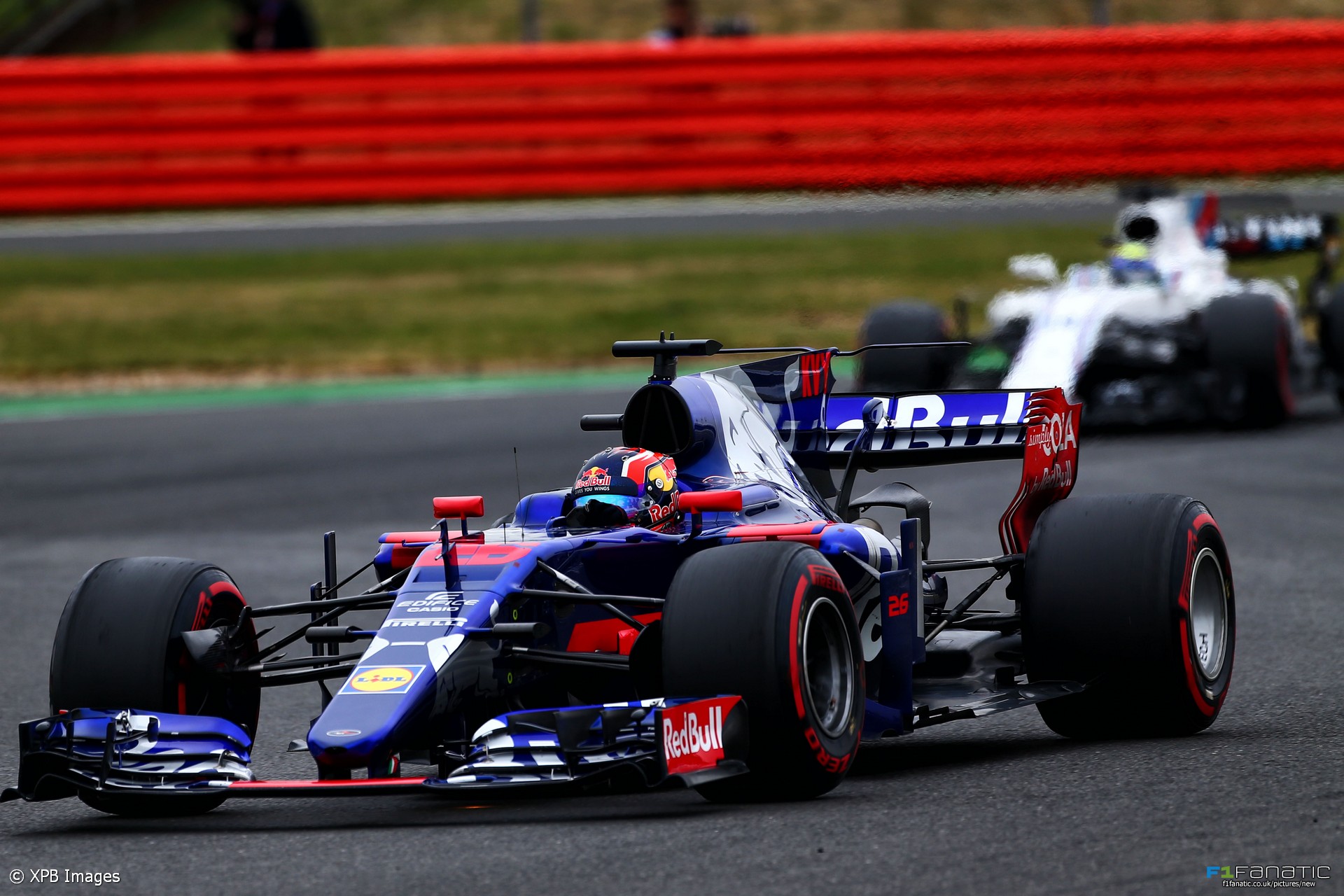 Daniil Kvyat has been hit with two penalty points on his superlicense by the stewards after his opening lap collision with team mate Carlos Sainz Jnr.

The two Toro Rosso drivers clashed in Becketts on the first lap after running side-by-side through Maggots, forcing Sainz into an early retirement and leaving Kvyat’s car damaged.

Kvyat was able to continue after the clash, but the stewards handed the Russian a drive through penalty for rejoining the circuit in an unsafe manner.

The stewards also handed Kvyat two penalty points on his superlicense for ‘rejoining the track in an unsafe manner and causing a collision with car 55’.

Kvyat now has nine points in total over the last 12 months. Any driver who receives 12 points in a single 12 month period will be banned from participating in one grand prix.