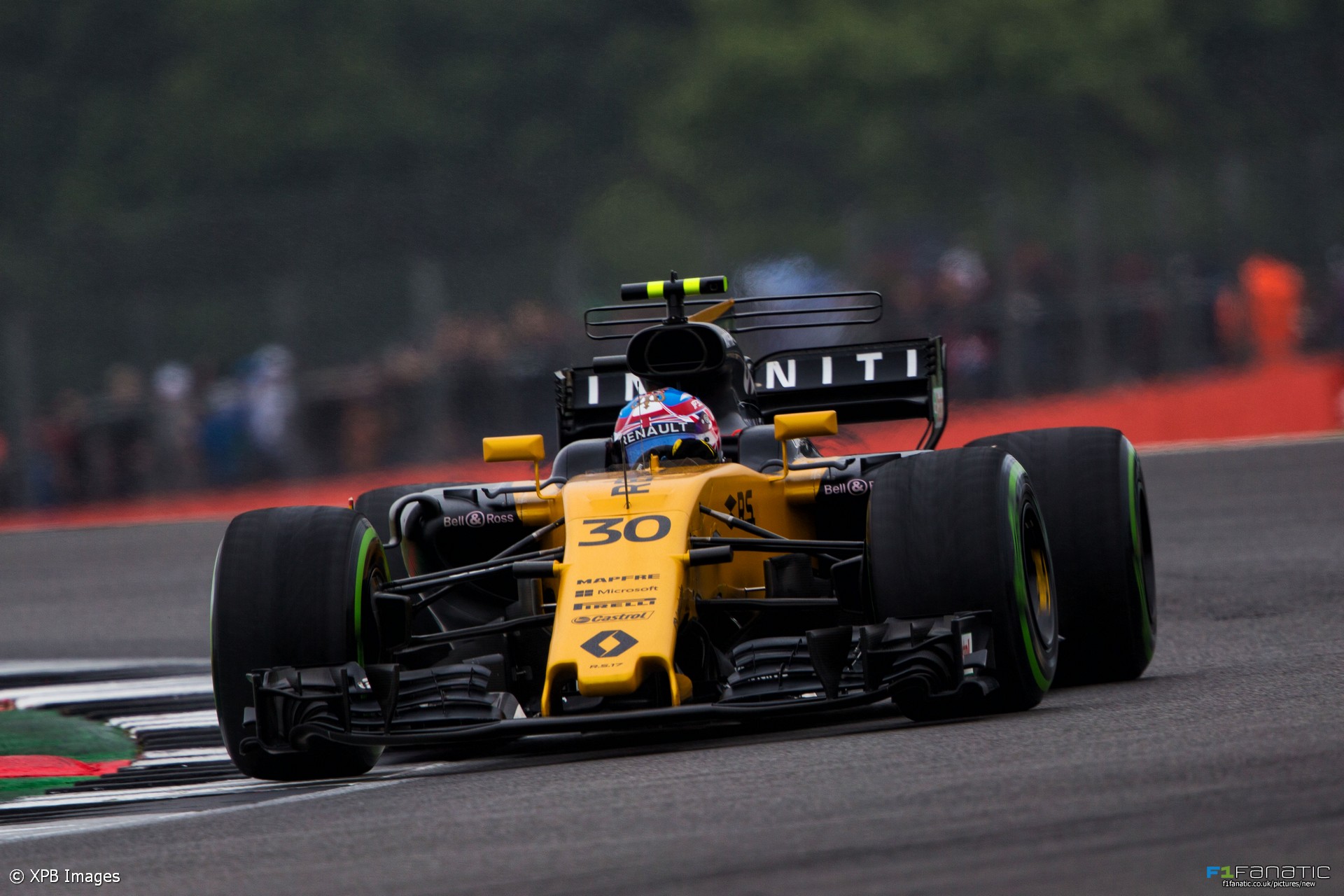 Jolyon Palmer says he is ‘gutted’ to have retired before the start of the British Grand Prix after a hydraulic failure on the formation lap.

The Renault driver had qualified 11th on the grid for his home grand prix, but was heard alerting his team to a brake-by-wire failure over team radio on the formation lap. Palmer was then instructed to pull off the circuit on the Hangar Straight, leading to the original start being aborted.

“Pretty gutted with that,” admits Palmer. “There’s so much support here. The crowd’s been great. Really appreciating the atmosphere the whole weekend. It’s just so disappointing to not even start the race.

“It was just a hydraulic leak. Looks like it went through the formation lap and that’s it. I had to stop the car. No warning, not until the formation lap. It was all looking good and I was looking ahead, trying to focus on the start, but we never made it.”

After Renault’s strongest performance of the season capped off with Nico Hulkenberg finishing a strong sixth, Palmer is disappointed not to have had the opportunity to exploit his car’s potential in the race himself.

“I think we were in a really good position starting 11th, but I knew we had a strong race pace and the car was working really well,” says Palmer. “But if you don’t start the race, you can’t do anything.”