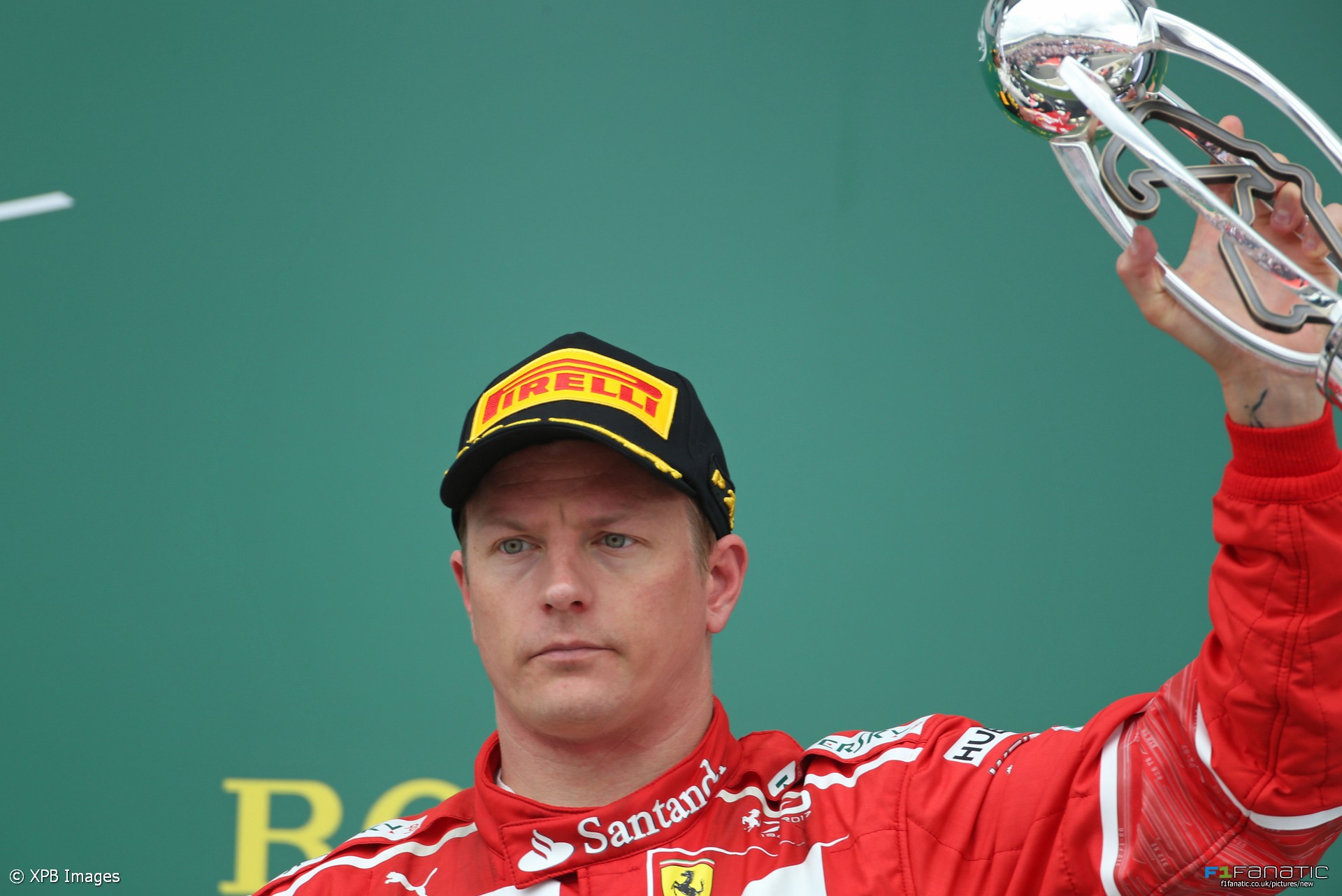 Kimi Raikkonen says he feels like misfortune seems to keep following his Ferrari team after both he and Sebastian Vettel suffered late tyre failures.

Raikkonen had been running in second for the majority of the race but suffered a deflation of his left front tyre with only a handful of laps remaining, forcing to pit and dropping him behind Valtteri Bottas to third.

Ferrari team mate Sebastian Vettel then suffered an almost identical but more severe problem on the very next lap, relegating the championship leader down to seventh.

“Unfortunately it seems to be that unlucky situations keep following us,” says Raikkonen. “For whatever reason the front-left tyre didn’t really ‘explode’ but the canvas came off the tyre.

“Luckily I could get back quite fast and the car stayed in one piece. Unfortunately Sebastian had more or less the same problem a lap later. Not happy but better than nothing.”

Despite the unscheduled extra pit stop, Raikkonen was able to hang on to a podium position. The Ferrari driver admits that Mercedes may have had the advantage over them this weekend.

“I think we got more or less the most out of the car in the race,” says Raikkonen. “They [Mercedes] were just a bit faster today. I was struggling a little bit at some points to go faster.”

8 comments on “Raikkonen: Bad fortune seems to keep following us”