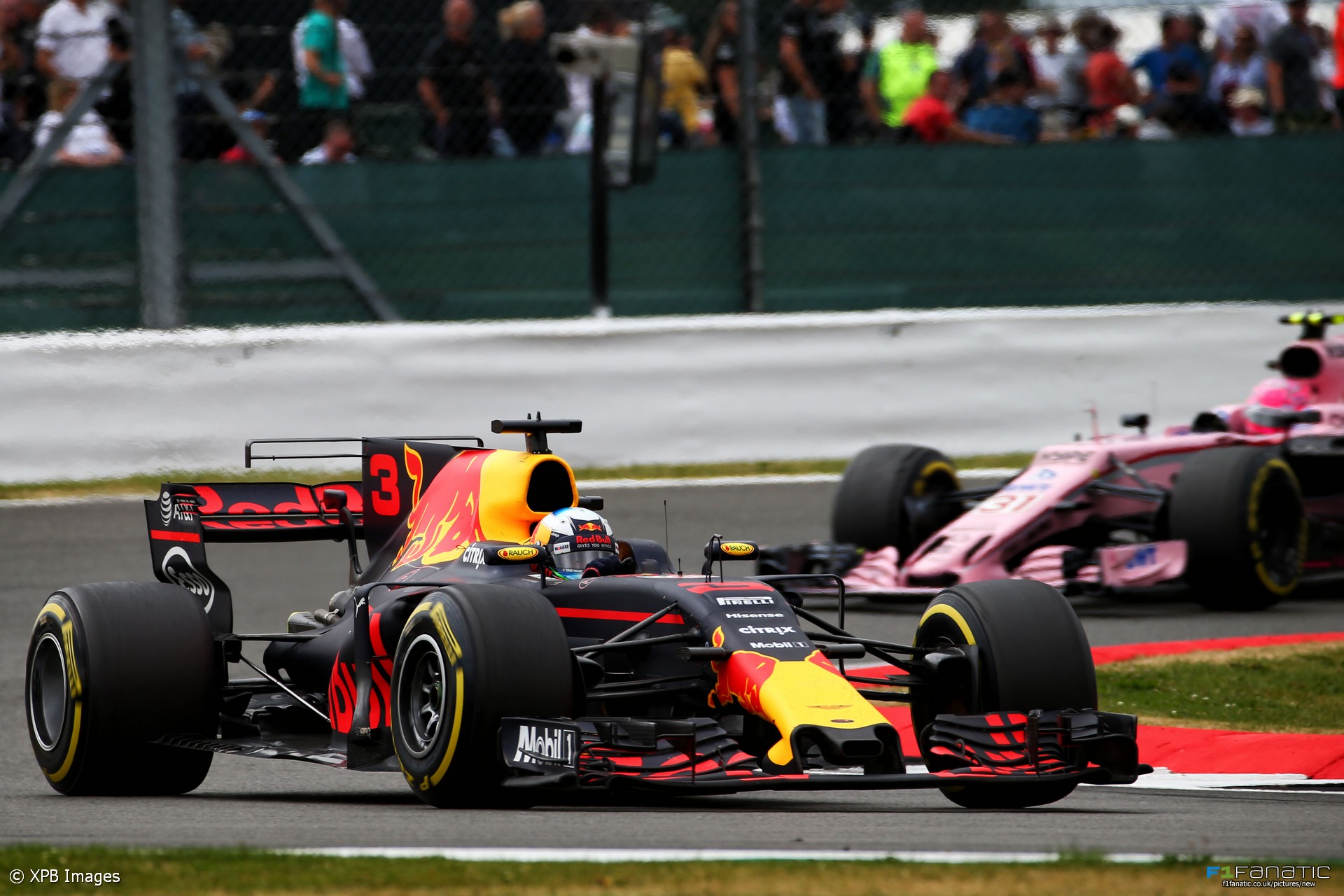 After an impressive comeback drive to fifth from the back row of the grid, Daniel Ricciardo says he enjoyed being ‘the hunter’ during the British Grand Prix.

Starting 19th on the grid, Ricciardo battled his way through the field to finish in fifth place behind his team mate Max Verstappen at the chequered flag.

Following the early safety car, Ricciardo found himself battling with Romain Grosjean and ended up on the grass after trying to pass the Haas driver around the outside of Luffield.

“I don’t know how much they showed it on TV, but I made a really good restart,” Ricciardo explains.

“I was going for three cars on the first lap. I went to the outside of Grosjean and just got squeezed a bit – I probably shouldn’t have been there. I felt like I came from the back twice, basically, and managed to get fifth.”

Ricciardo overtook over half of the field en route to his top five finish, eventually catching and passing Nico Hulkenberg’s Renault in the closing stages.

“I was pushing the whole race,” says Ricciardo. “Hulkenberg was quite a bit in front of me. I caught him with a couple of laps to go, so that was nice.

“I was giving it everything I had and my engineer was giving me updates of the laptimes. He was like ‘you’re going to need to keep this up if you’re going to get close by the end’. A couple of laps before I caught him, I saw he’d locked up I think two laps in a row. So I think he was obviously pushing and he was starting to suffer a bit. So once I was there, it was a little bit smoother.”