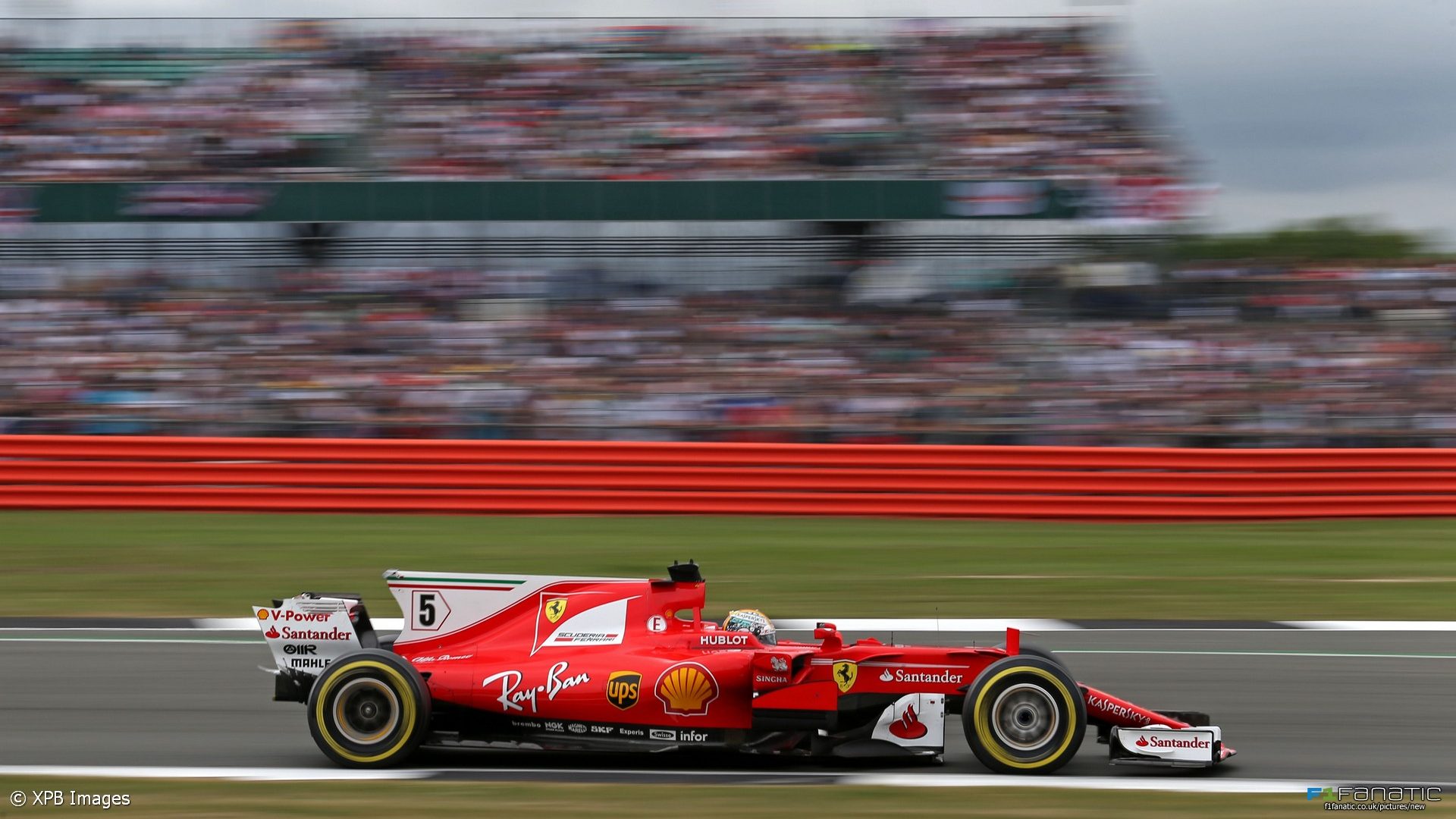 Sebastian Vettel has played down the impact of his late race tyre troubles that allowed Lewis Hamilton to close to within one point in the drivers’ championship.

Vettel had been running in fourth position until just a handful of laps remaining in the race when he suffered a deflation of his left-front tyre, forcing him to crawl back to the pits and dropping him to seventh.

Despite the late incident that saw him lose valuable points to championship rival Lewis Hamilton, Vettel says he is happy that he was able to recover back into a points finish.

“I think it could’ve been better for sure, but ‘disaster’? I don’t think so,” says Vettel.

“It felt like it took half an hour to get back so I was surprised that I got back out. In the end I think we can be happy we still recovered some points.”

Ferrari had little to no warning about the tyre troubles that struck both Vettel and team mate Kimi Raikkonen, but Vettel is not pointing fingers over the unexpected problems.

“I don’t think there’s anyone particularly to blame,” says Vettel. “With hindsight it’s easy but at the time it felt okay. Kimi [Raikkonen] had a similar issue and his tyres were at least five or six laps fresher, so I think that caught us both by surprise.”

Early in the race, Vettel battled hard with Max Verstappen over third place, making contact with the Red Bull driver but being unable to find a way past until successfully undercutting Verstappen in the pits.

“I’m sure it looked good but it didn’t help me at the time,” says Vettel of the battle. “I wanted to make it past. I didn’t. It was quite tricky. I tried everything.”

In the later stages, Vettel lost third place on track to the charging Mercedes of Valtteri Bottas who was recovering from a ninth place start.

“Obviously he had a huge tyre advantage with the offset of the alternative strategy and it was clear that that would come in the end,” says Vettel. “I think that we were keeping up quite well. The pace looked still very strong, they weren’t that much faster. But once he got into the DRS range there wasn’t much I could do.”

Despite seeing his championship advantage to Lewis Hamilton drop to just a single point, Vettel remains measured about the title battle at the half way point of the season.

“Overall, yes it’s true – Mercedes had a very strong weekend. The cars looked very quick. We were probably a little bit behind.

“But I think it’s been very close this year so far. Maybe this has been a worse race for us for race pace if you compare. I think equally our race was not straight forward, so it’s difficult to draw conclusions.”

10 comments on “Tyre troubles ‘not a disaster’ – Vettel”