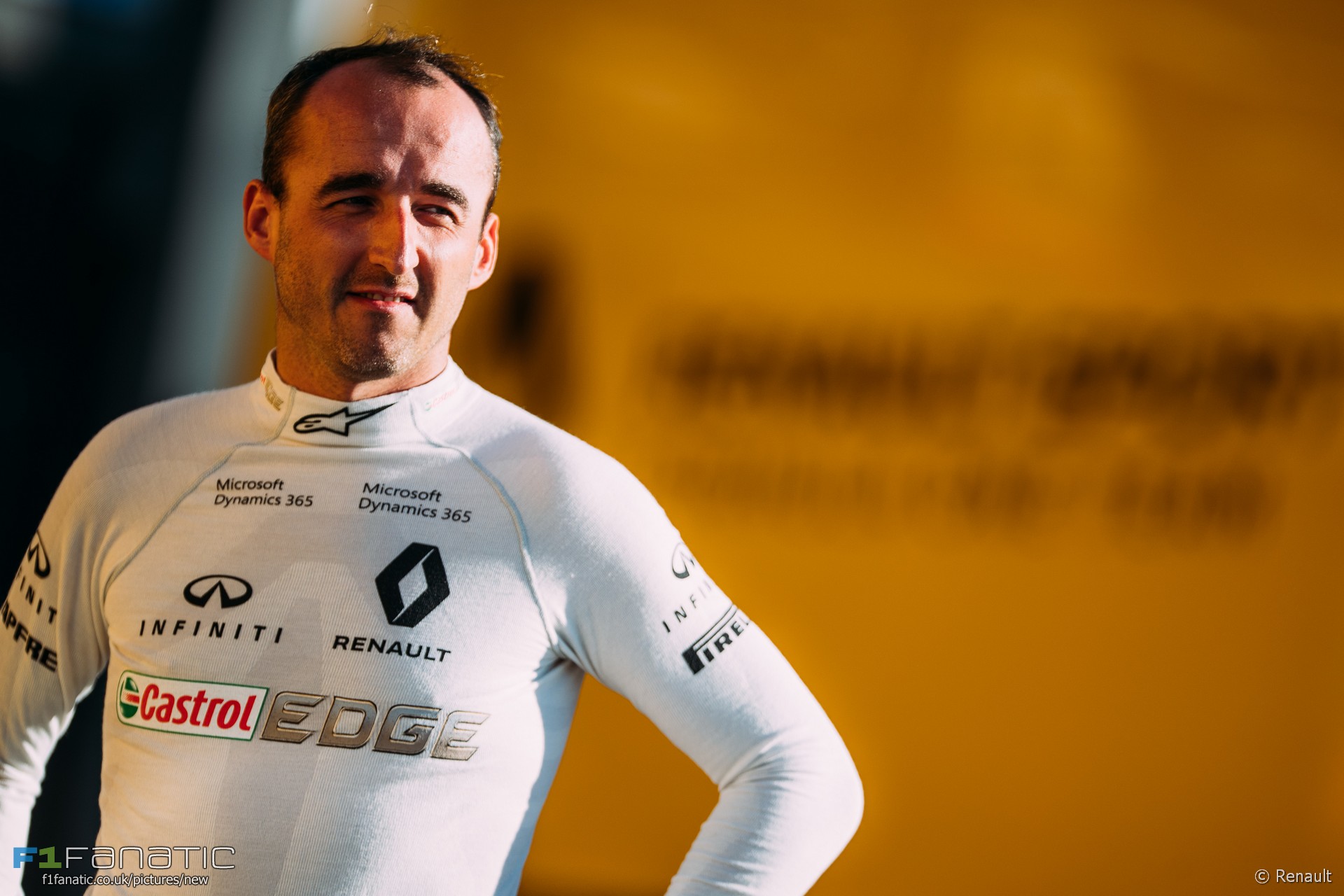 Robert Kubica will have his first test in a current-specification Formula One car with Renault later this month, the team has confirmed.

The 32-year-old will drive an RS17 in the post-race test at the Hungaroring following next week’s Hungarian Grand Prix.

Kubica, who remains the only Polish driver to have raced in Formula One, drove 115 laps in one of the team’s 2012 cars at Valencia in June. He drove the car again at Paul Ricard earlier this month, covering another 90 laps.

“The first two days of testing allowed both Robert and ourselves to gather a great amount of information,” said Renault managing director Cyril Abiteboul. “The upcoming session with the RS17 at the Hungaroring will allow us all to obtain detailed and precise data in a current car and representative conditions.”

“After this test, we will carefully analyse the collected information to determine in what conditions it would be possible for Robert to return to competition in the upcoming years.”

His Formula One career was halted in February 2011 when he almost lost his right arm in a crash on the Ronde di Andora rally. Following his recovery Kubica still has limited movement in the arm but he has competed in rallies and eventually in the World Rally Championship.

Since returning to circuit racing Kubica has driven a variety of GT cars. However he scrapped a plan to drive an LMP1 car run by former F1 team boss Colin Kolles in the World Endurance Championship this year and has begun preparing for a possible return to Formula One.

Renault will also run its junior driver Nicholas Latifi at the two-day test.