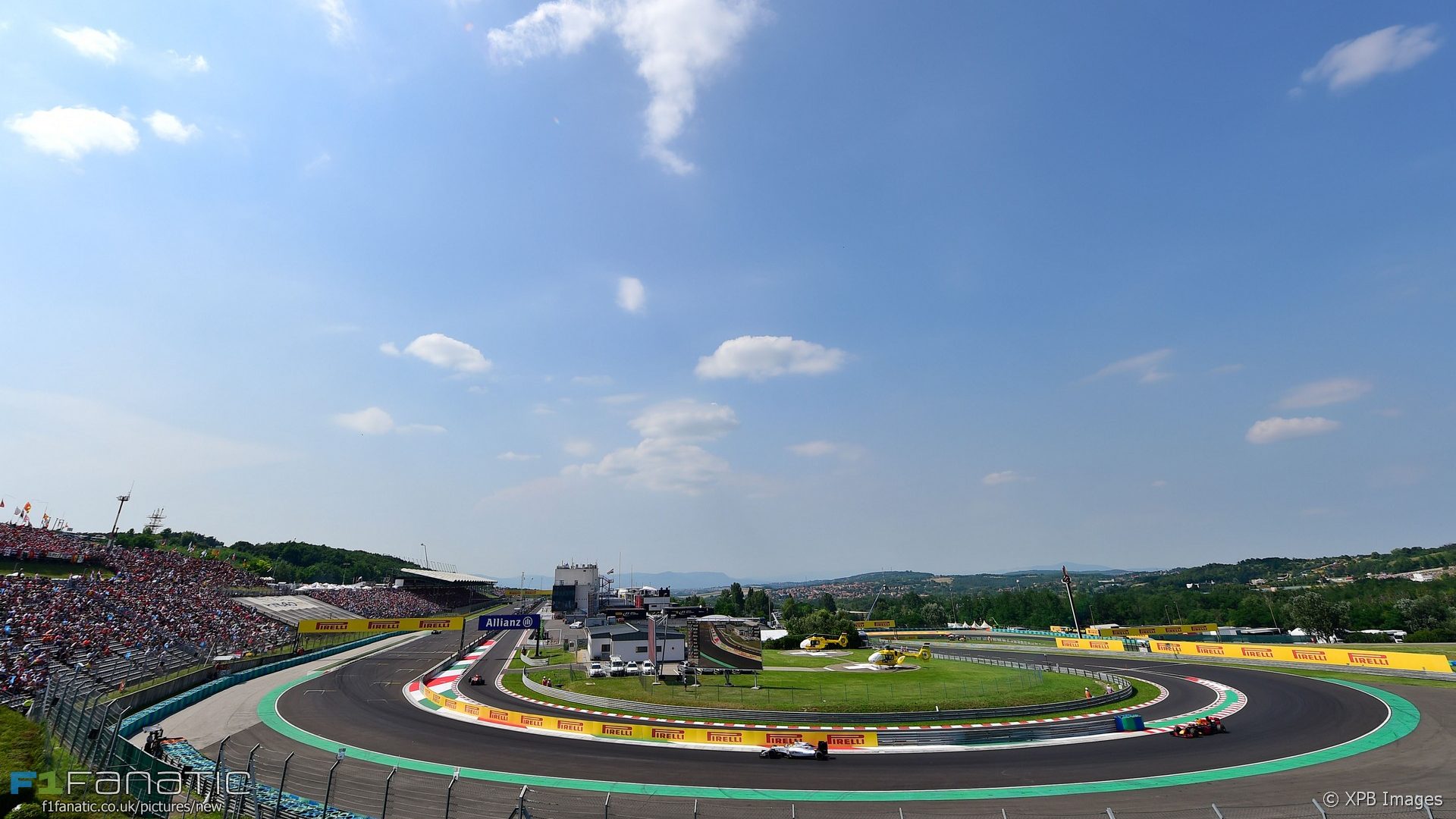 Consistently hot conditions are forecast for this weekend’s Hungarian Grand Prix, which should be even warmer than last year’s race.

A hot spell is coming to the area which should see temperatures exceed 36C next week. The race weekend isn’t expected to be quite as hot as that, but it will be close.

Three days of sunshine are forecast for the 11th round of the 2017 season at the Hungaroring. Although conditions at the track today are cloudy, by Sunday the clear skies should see air temperatures rise as high as 33C, four degrees hotter than at the same race last year. Practice on Friday and Qualifying on Saturday should be almost as hot, with the risk of rain very low.

Track temperatures peaked at 54C during last year’s race on a relaid track surface. Similar if not higher temperatures are therefore likely again.

The heat will add another physical strain for the drivers on a track where a high density of quick corners will test their fitness, particularly with this year’s quicker cars.