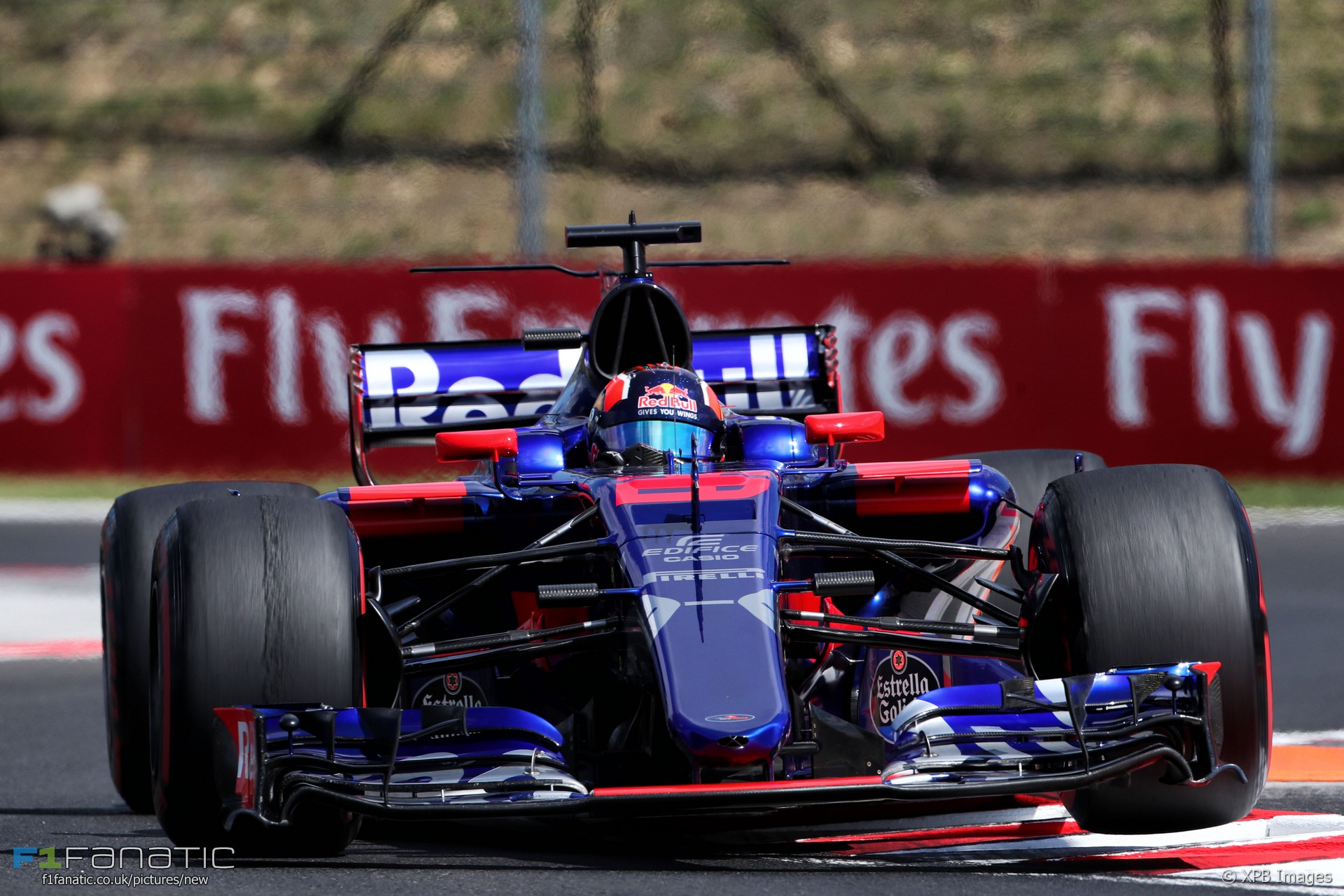 Daniil Kvyat has been given a three-place grid drop for the Hungarian Grand Prix for holding up Lance Stroll during qualifying.

The Toro Rosso driver was also given another penalty point on his licence, making him the first driver to reach a total of ten.

Any driver who reaches 12 points receives an automatic one-race ban. Kvyat will have ten points on his licence until at least the Unites States Grand Prix in October.

According to the stewards Kvyat was driving more slowly than usual due to tyre damage, but they ruled this did not excuse him from holding Stroll up.

“The stewards determined that Kvyat was on an exceptionally slow lap having spun earlier and damaged his tyres,” they said in a statement.

“The stewards acknowledged that he was warned by the team very late of the approach of Stroll who was on a fast lap. Further, Kyvat pulled as far to the right as he could as soon as he saw Stroll.”

“However, the stewards considered that these were not mitigating factors. Kyvat was driving exceptionally slowly and taking the racing line at the end of Q1 when other drivers were attempting to set fast laps and this led to the unnecessary impeding.”

Kvyat’s grid penalty means he will start the race from 16th on the grid instead of 13th.

“There was a bit of a miscommunication,” he said, “so I didn’t know that anyone was coming behind and we’ve now got a penalty for blocking another car.”

His total of ten penalty points were collected in six separate incidents over the past 12 months. Kvyat caused a collision during last year’s United States Grand Prix, picking up two points, and took another penalty point for overtaking Romain Grosjean off the track in Mexico.

He was given two penalty points on his licence on three occasions this year for further incidents. In Canada he was not in the correct starting position at the end of the formation lap and in Austria and Britain he caused first-lap crashes.