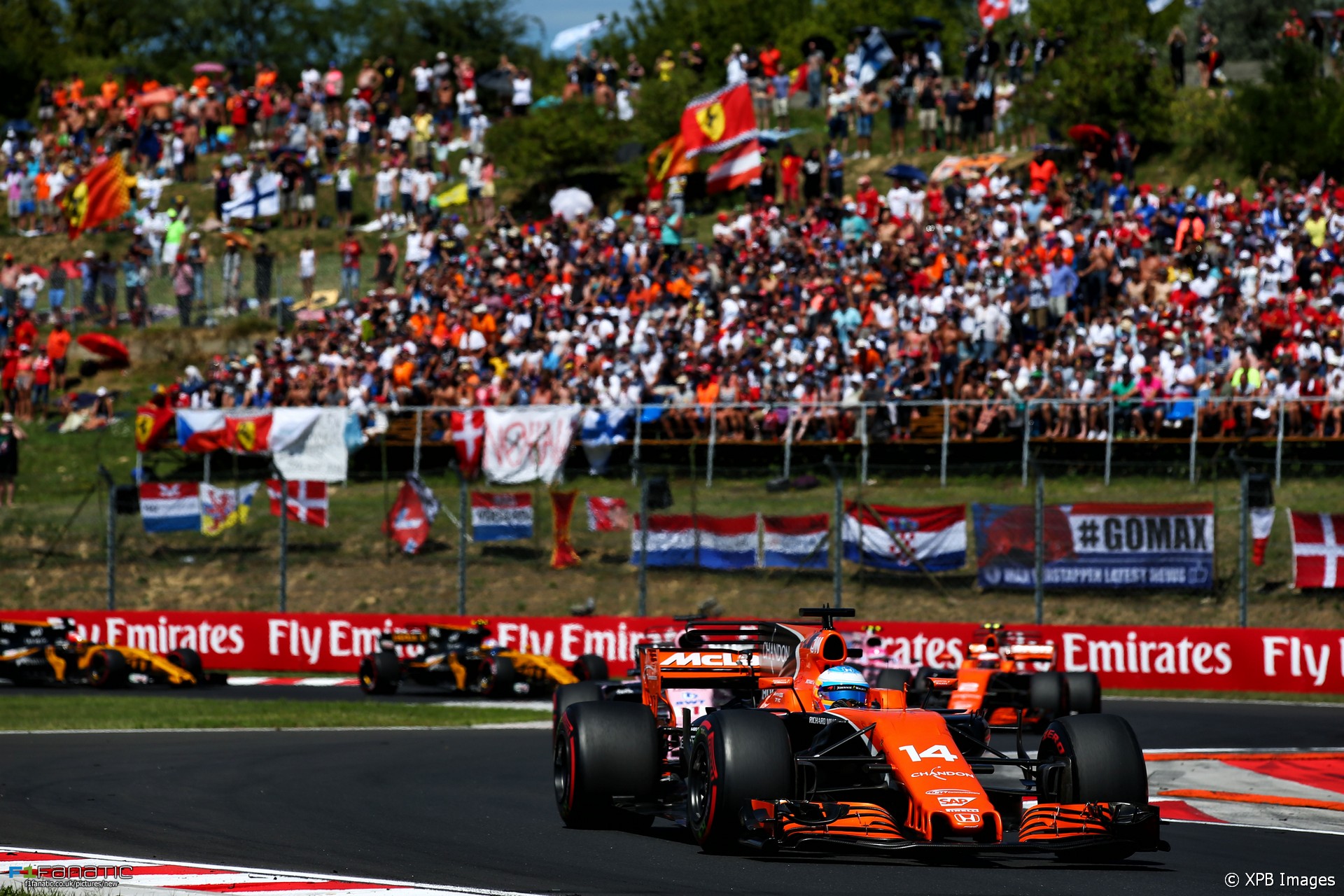 Fernando Alonso said he had to make a “kamikaze move” on Carlos Sainz Jnr to take sixth place in the Hungarian Grand Prix.

The McLaren driver scored his best result of the season following his pass on the Toro Rosso driver shortly after the pair had come into the pits together.

The pair had a close run-in after the Safety Car restart at the beginning of the race. Sainz was cleared of forcing Alonso off the track.

Alonso said: “We were together at the start, at the restart after the Safety Car, we came into the pits together, we exited together and I knew I had two laps where I could really push and stress the new tyres a little bit.”

“I tried to do that with some kamikaze moves at times because, after those initial two laps, I knew it was going to be impossible. It worked out fine.”

At the end of the race Alonso was almost a minute behind the next car ahead of him. He said there was no way the McLaren could have finished higher.

“We were probably looking at seventh or eighth position today,” he said, “but with [Daniel] Ricciardo out of the race, sixth place became possible, and we grabbed it.”

“There are three or four weekends in a season where we can be competitive, so we need to maximise those and fully capitalise on our potential – and that’s exactly what we did this weekend.”

“Races like Spa and Monza are going to be more difficult for us, so let’s just enjoy this result and think about the difficult ones when they come.”