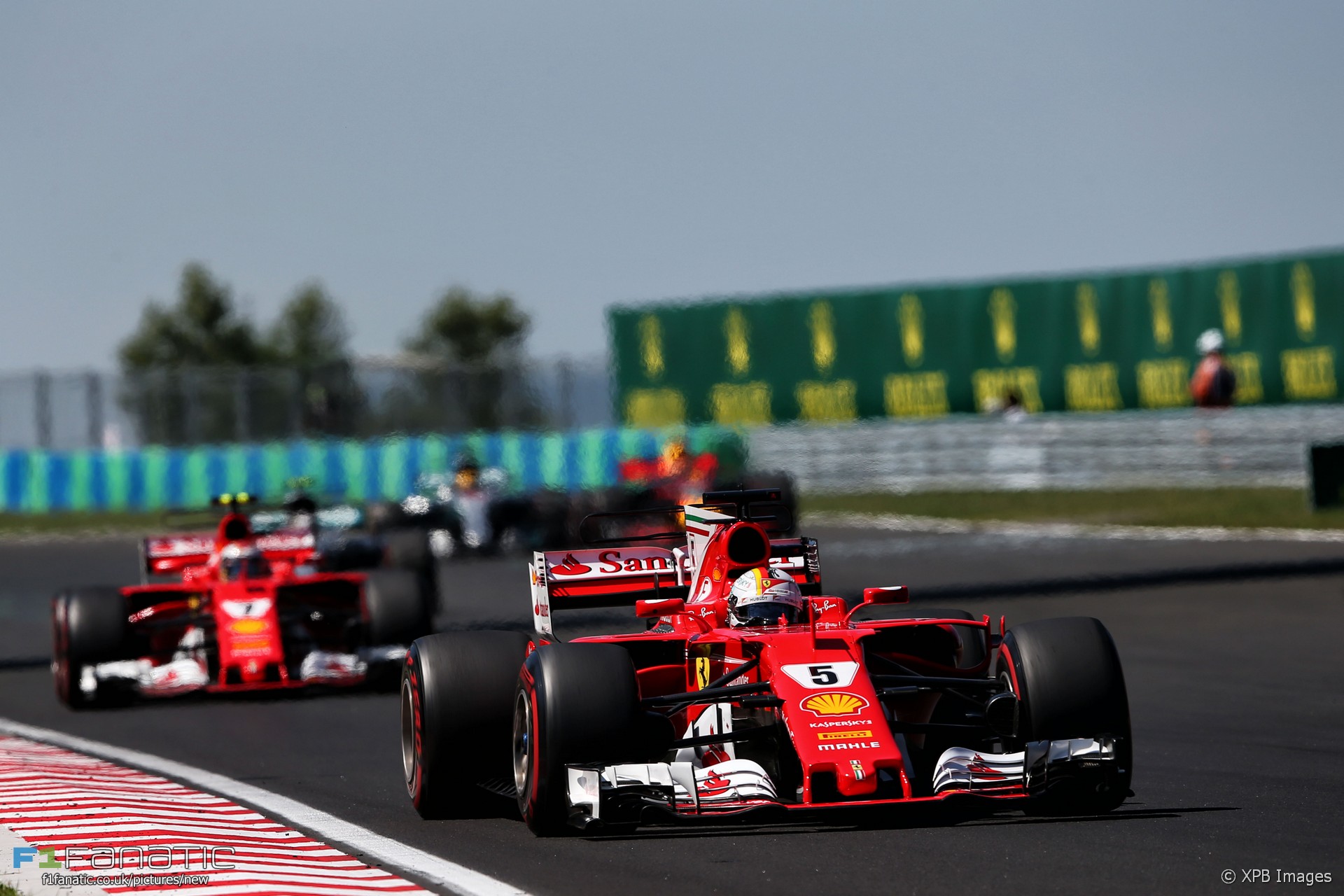 Ferrari team principal Maurizio Arrivabene said Kimi Raikkonen demonstrated the qualities of a champion with his drive in the Hungarian Grand Prix.

Raikkonen spent more than half of the race stuck behind Sebastian Vettel who was slowed by a problem with his car’s steering.

“Seb drove a magnificent race, managing to keep the lead despite the problem with the steering wheel,” said Arrivabene.

“He was helped by a great performance from Kimi who demonstrated not only that he is a champion but also that he is a true team player.”

Arrivabene said the team’s one-two finish was “a result obtained in far from easy circumstances – once again it demonstrated the strength of character at Ferrari.”

Raikkonen caught Vettel before the pair made their pit stops. After his stop Raikkonen complained on the radio he could have gone quicker, and potentially got ahead of Vettel, had he stayed out.

“When they called me for the pit stop I wanted to stay on track a bit longer because I felt I had the speed,” said Raikkonen, “but the team has the big picture and I trust them.”

“I ended up following Seb through the whole race and I was never able to use my full speed. Today I knew I had all the tools to finish in a better position, but I should have done a better qualifying.”

“In places like this it’s tricky to try and overtake and I did not want to force things too much with my team mate,” he added. “When you end up between two cars is not the easiest situation.”