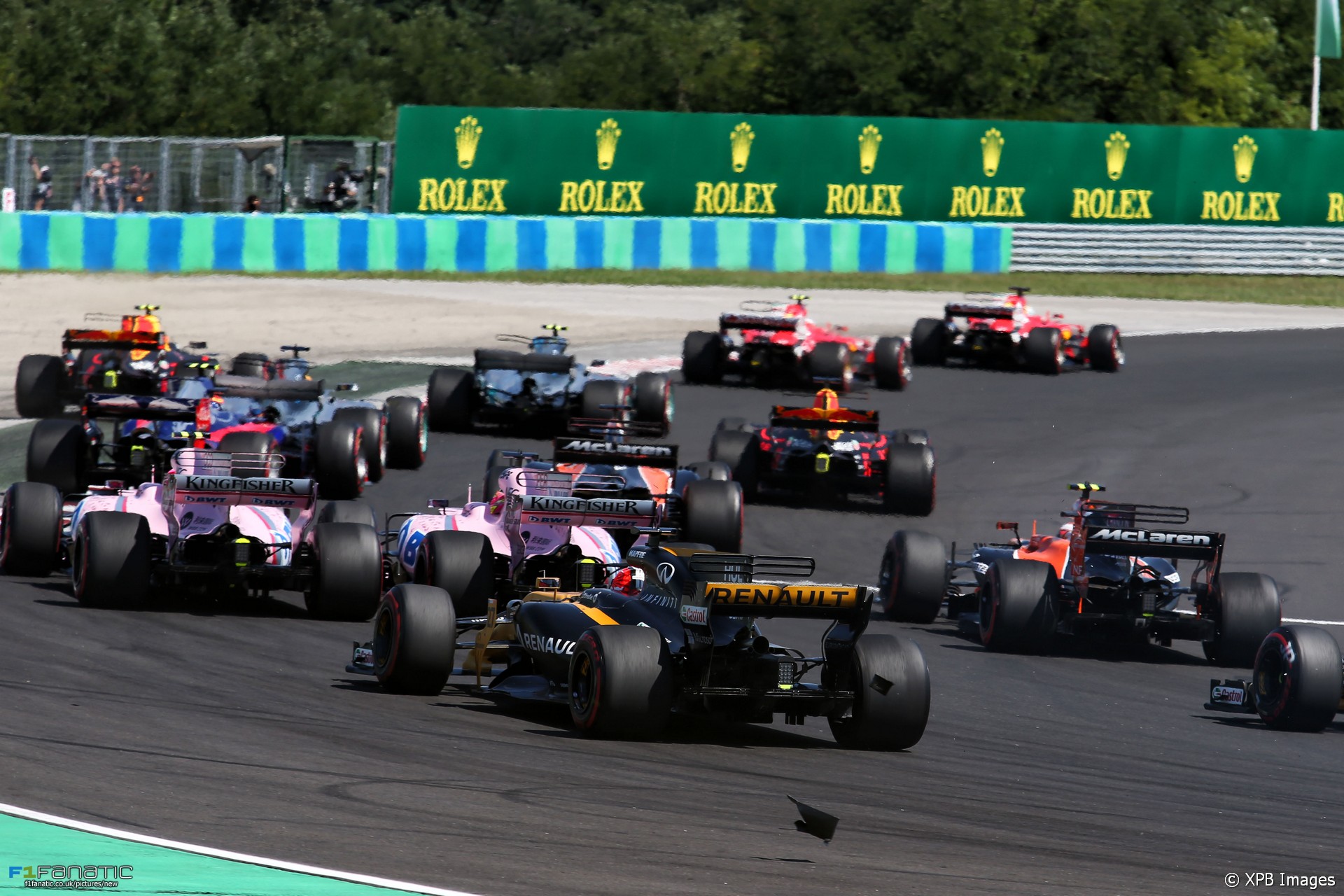 Nico Hulkenberg and Carlos Sainz Jnr were cleared of blame for two first-corner incidents during the Hungarian Grand Prix.

The stewards took no action against Hulkenberg over his lap one collision with Romain Grosjean after reviewing “multiple angles of video including several in-car and closed circuit cameras.”

“Hulkenberg, who was behind the two Force India cars, understeered slightly while avoiding the cars in front, but at the same time Grosjean slightly tightened his line,” noted the stewards.

“The Stewards therefore determined that neither driver was wholly or predominantly to blame for the collision.”

Grosjean said on social media the turn one incident “killed our race”. He later retired after his first pit stop, when his Haas team warned him to stop because a wheel nut appeared to have cross-threaded.

Sainz was not penalised after running Fernando Alonso wide at the corner following a Safety Car restart.

“Alonso was attempting to pass Sainz on the outside of turn one,” explained the stewards. “The stewards determined that Alonso was not fully alongside Sainz and therefore should not have expected Sainz to cede the racing line.”#

“Sainz remained on the track throughout the sequence. Therefore the Stewards determined to take no further action.”

This artilce will be updated.

3 comments on “Sainz and Hulkenberg cleared over turn one incidents”