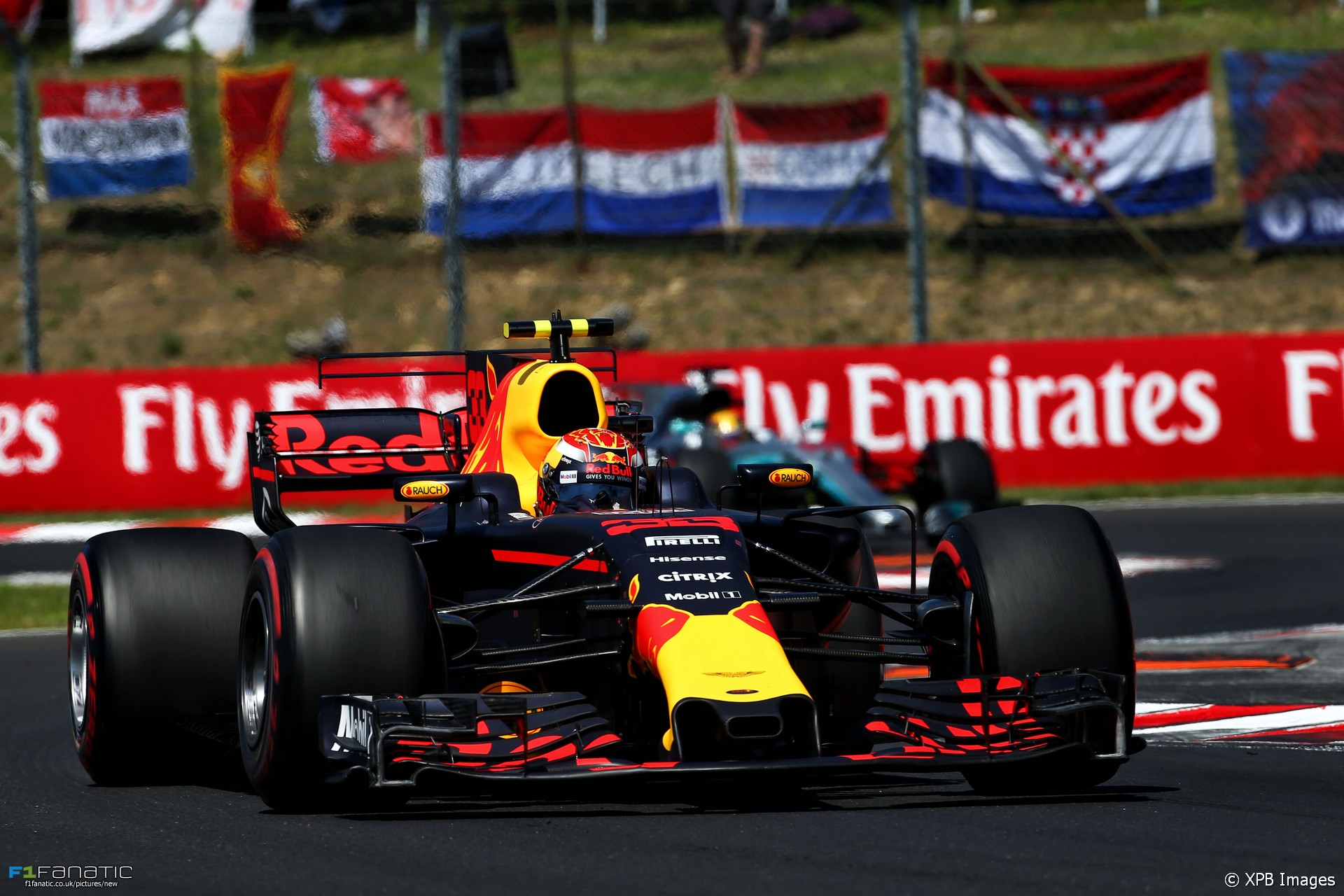 Max Verstappen has apologised after taking his team mate out on the first lap of the Hungarian Grand Prix.

Verstappen accepted blame for the collision, saying “of course it’s not what you want.”

“I think everything started in turn one. The start was actually quite good but then I got a bit squeezed wide with Bottas, I lost quite a bit of speed.”

“Then we were both fighting for position in turn two so we braked quite deep into the corner but then I had a car in front of me so I locked the front and from there on I was just a passenger.”

“I was trying to avoid Daniel of course but unfortunately that was not possible. Of course’ it’s never my intention to hit anyone but especially not your team mate, and especially with the relationship I have with Daniel it’s always very good, we can always have a laugh. This is not nice.”

“So I apologise to Daniel for that and also to the team because we could have scored some good points here. But I will speak to Daniel in private and we’ll sort it out.”

The stewards said they “reviewed multiple angles of video and determined that Verstappen carried too much speed into the entry of turn two, locked up the left front tyre and understeered on full lock and consequently hit Riccardo.”

“The stewards considered that Verstappen was wholly to blame for the collision. The stewards compared this incident with other first lap incidents this season and applied a ten second time penalty.”

Ricciardo was unimpressed with his team mate’s driving. “It’s not like he was trying to pass, there was no room, Valtteri was in front, I was on the outside, so there’s no room.”

“I don’t think he likes, obviously, when his team mate gets in front of him.”