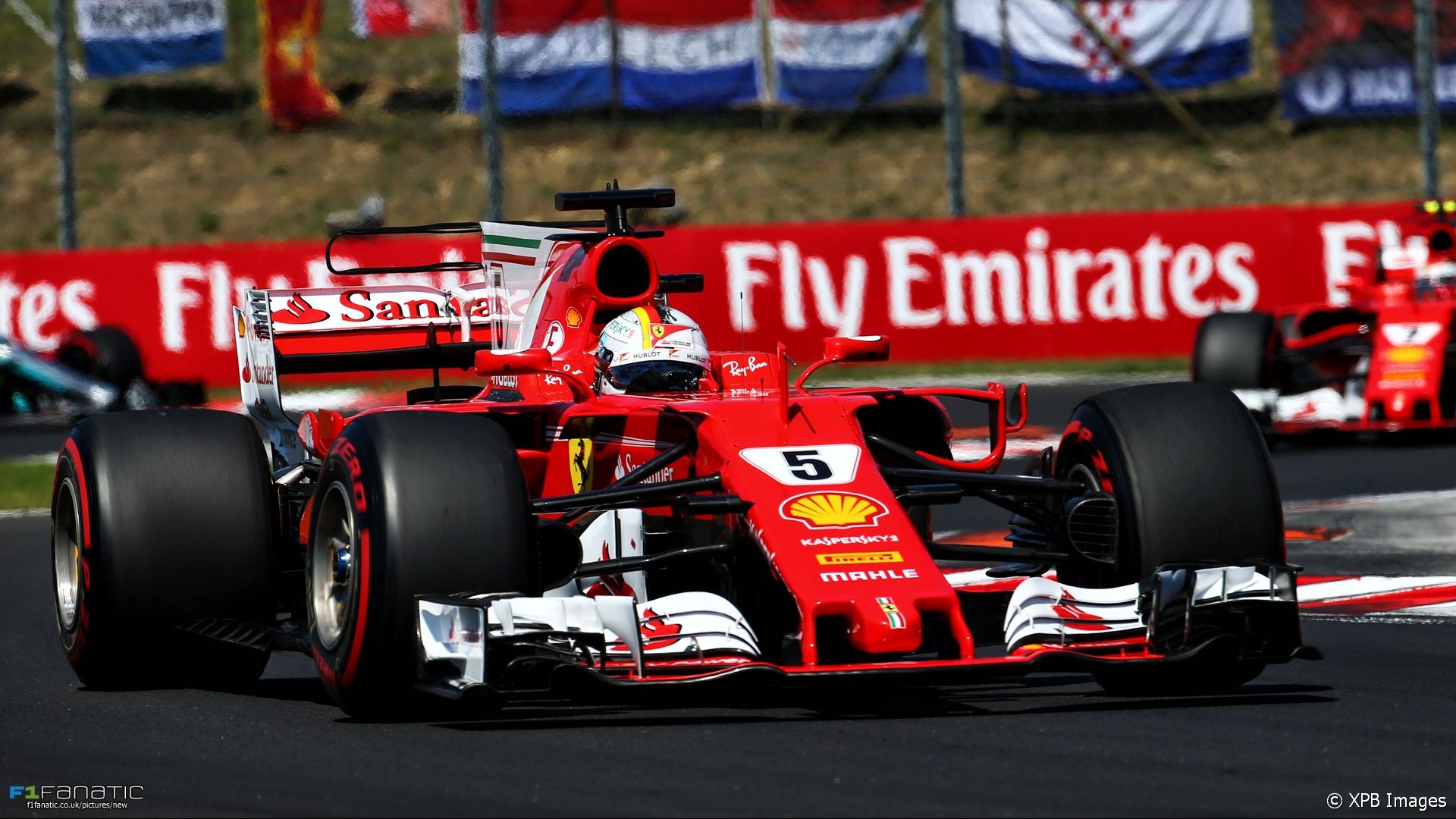 Sebastian Vettel led a Ferrari one-two in the Hungarian Grand Prix despite having to manage a steering problem on his car for much of the race.

Vettel took the chequered flag ahead of Kimi Raikkonen, who was clearly frustrated at being forced to spend the race behind his ailing team mate despite repeatedly urging Ferrari to let him past.

The Mercedes drivers swapped places twice during the race. The last change of positions came on the final lap as Lewis Hamilton restored Valtteri Bottas to the final podium position. Bottas had previously let Hamilton by into third to attack the Ferraris.

A chastened Max Verstappen took fifth place for Red Bull after collecting a ten-second penalty for hitting his team mate on the first lap. Daniel Ricciardo retired after the contact at turn two.

Fernando Alonso gave McLaren their best result of the season so far with sixth position. He overtook Carlos Sainz Jnr and set the fastest lap on the penultimate lap.

Stoffel Vandoorne took his first point of the year in tenth place, separated by his team mate by Sainz and the two Force Indias.

Romain Grosjean joined Ricciardo in retirement after leaving his pits with a suspected cross-threaded wheel nut. Paul di Resta also failed to take the chequered flag when Williams called him in with nine laps to go. Nico Hulkenberg dropped out three laps from home while running outside of the points places.