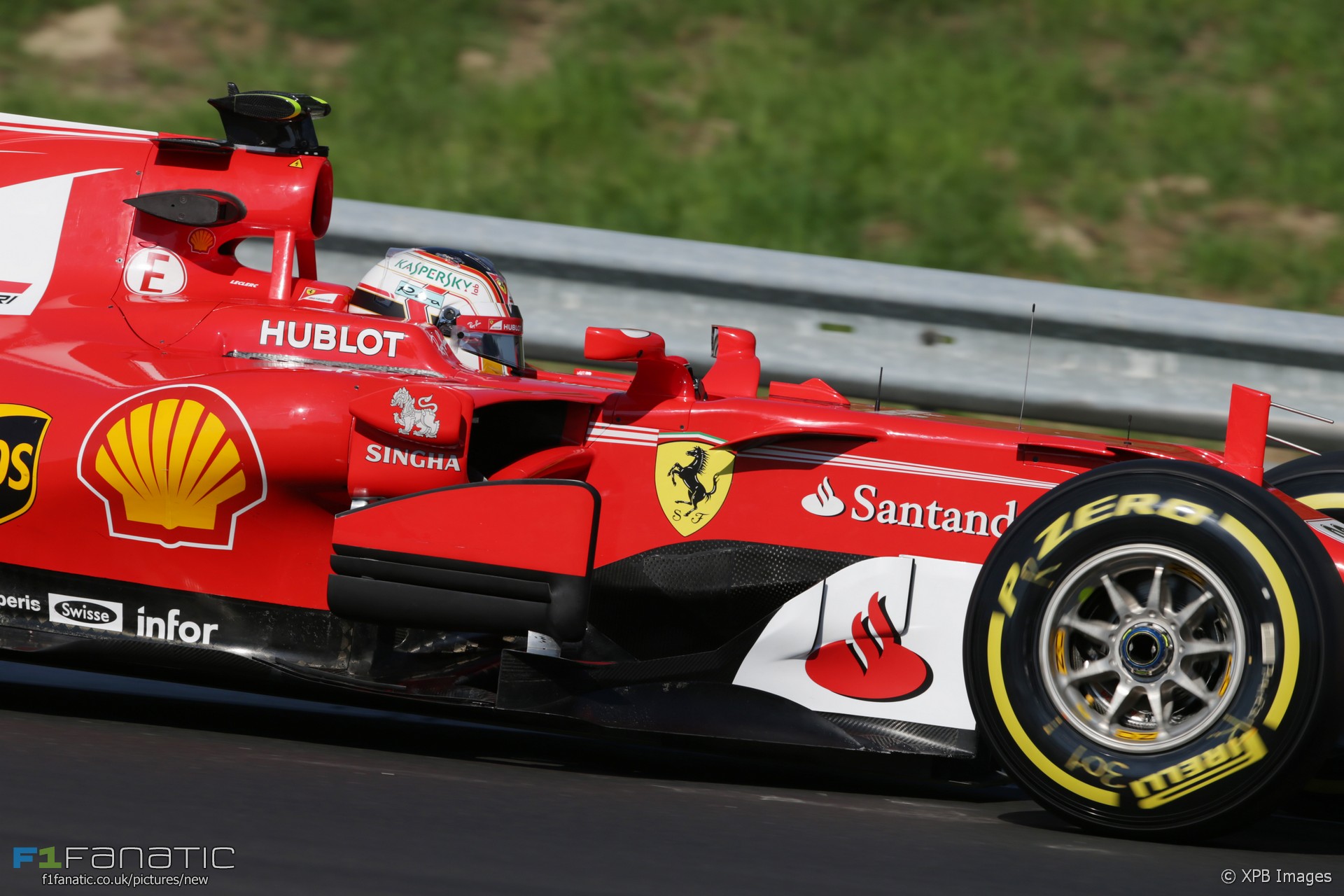 A quickest time of 1’17.746 in the closing minutes of the test put the Ferrari driver on top as temperatures reached a scorching 38C at the track. Leclerc took the top spot away from Stoffel Vandoorne, who ended up second quickest for McLaren.

Valtteri Bottas completed a mammoth programme of tyre testing for Pirelli. He logged 155 laps in the W08, equivalent to more than two 70-lap grand prix distances.

GP3 points leader George Russell made his official F1 test debut in the other W08 and also covered over 100 laps.

Renault’s Nicholas Latifi was limited to 54 laps due to a mid-session engine change. Toro Rosso driver Sean Gelael also lost time due to an oil leak on his STR12.

The test will conclude tomorrow and include Robert Kubica making his return in a current-specification Formula One car with Renault.

25 comments on “Leclerc on top for Ferrari at hot Hungaroring”