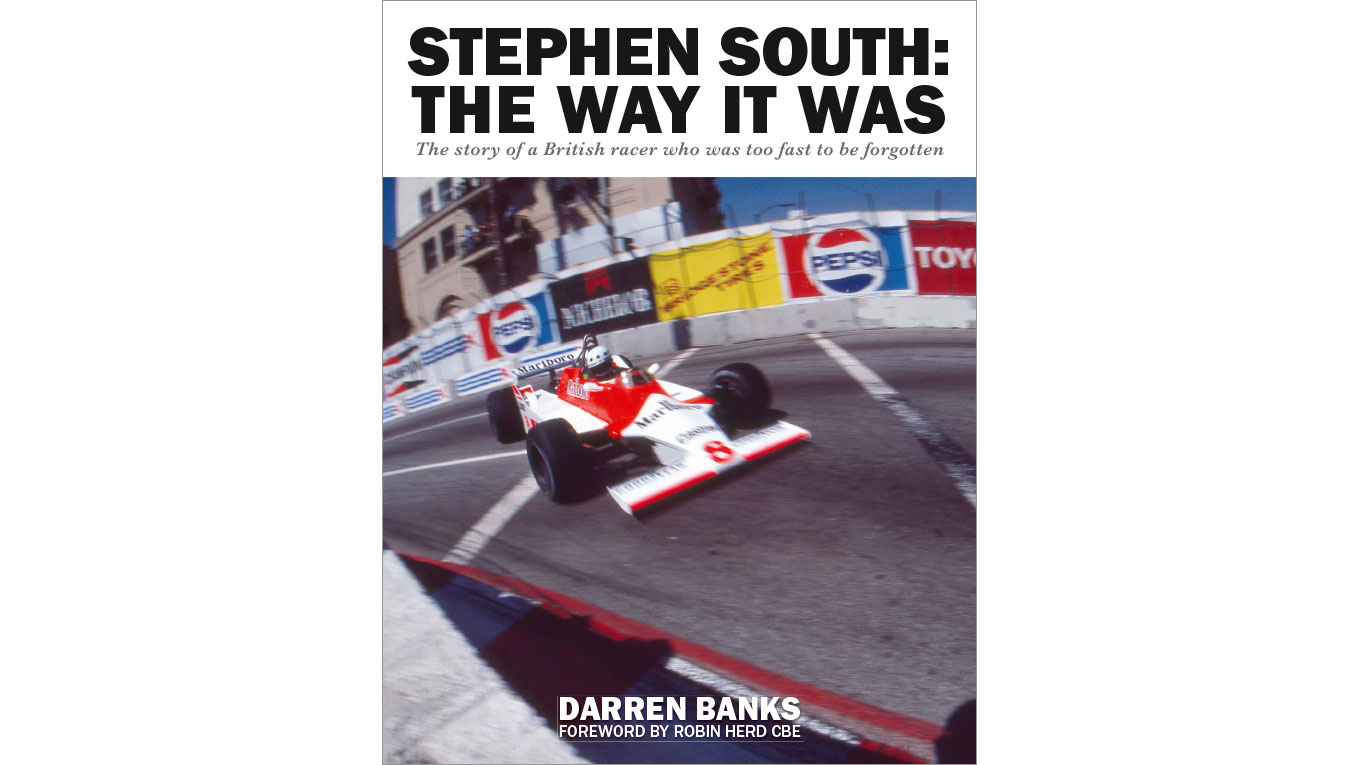 With a grand prix career which consists of a single ‘did not qualify’ for the 1980 Long Beach Grand Prix, you’d be forgiven for not having heard of Stephen South.

Many ex-F1 drivers went on to have successful careers in other disciplines or moved into broadcasting. But after an appalling Can-Am crash later that year cost him his lower left leg, South cut his ties with motor racing.

Darren Banks, author of this new book on South, reckons he only gave two interviews following his accident, which explains why his name passed into obscurity. “I felt he deserved to be remembered as one of Britain’s greatest prospects of the late seventies and early eighties”, Banks writes.

Certainly there were some who felt South could have rivalled Nigel Mansell as Britain’s star of the future at the time. The pair tested for Lotus in 1979 but it was Mansell who landed the test driver contract after South turned down a deal which he feared would have prevented him racing in Formula Two.

As the book recounts, South then lost a plum F2 drive with Toleman after missing a day testing to drive McLaren’s Formula One car. The latter at least opened the door for him to make his one-off grand prix appearance, ill-starred though it was.

Banks’ book has a magazine-style feel to it. The text is interspersed with pull quotes (usually those which give the most glowing descriptions of South’s performances) and a wealth of photographs.

The focus on its subject never wanders and it has clearly benefited from extensive research and interviews with many significant figures, including South himself. There is rather too much verbatim reproduction of quotes and it jumps between tenses in places.

But the work is clearly a labour of love and one which does credit to its subject.

Stephen South: The Way It Was

3 comments on ““Stephen South: The Way It Was” reviewed”