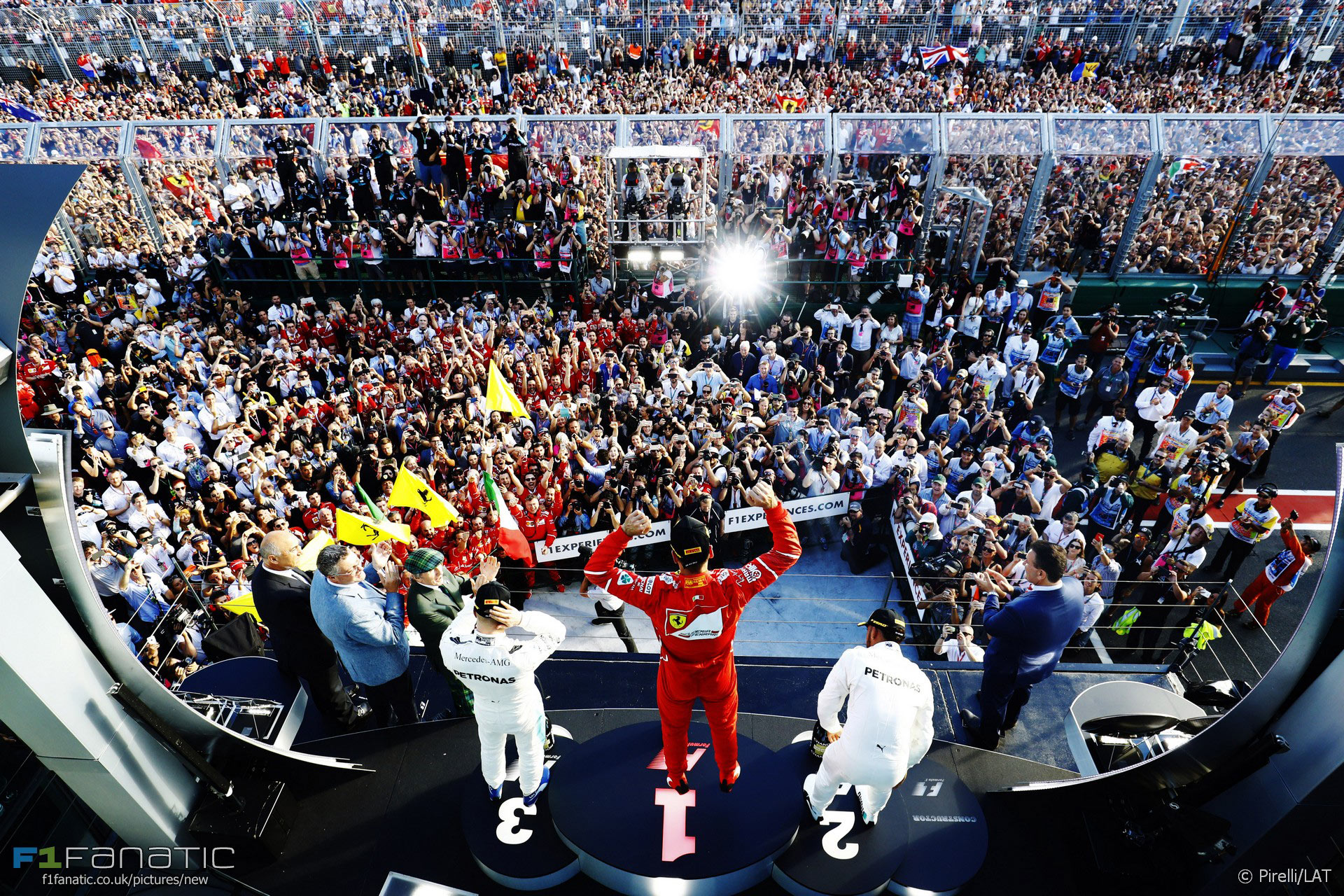 Who’s been the best driver so far in the 2017 season? Read on for F1 Fanatic’s verdict on the top four. For Mercedes, installating Valtteri Bottas in place of Nico Rosberg has been as smooth a transition as they could have hoped for given the abruptness with which the world champion quit the sport at the end of last year.

Bottas took just three races to score his first pole position and one more to win a race. He’s since followed that up with another win and lies just 19 points behind Lewis Hamilton in the world championship. He is clearly a title contender.

The newcomer has been impressively close to Hamilton as the scoreline shows. He’s also suffered the team’s only race-ending technical failure so far, which likely cost him 15 points, which would make his championship position even stronger.

Aside from a silly mistake behind the Safety Car in China he’s been hard to fault so far. He may not have hit the same consistent heights has Hamilton, but nor has he had any of his team mate’s Monaco-style disasters either. Clearly Max Verstappen deserves to be much higher in the championship standings than sixth. All five of his retirements were out of his control: his car has broken down three times and he was collected by other drivers in Spain and Austria.

When his car has kept going, Verstappen has been a joy to watch. In China, when his engine let him down in qualifying, he scythed his way past nine cars on the first lap, then passed Kimi Raikkonen and Daniel Ricciardo on his way to the podium.

No one would have suspected at the time that he would fail to stand on the podium again before the summer break. But those misfortunes means he’s raced fewer laps than any full-season driver so far. Azerbaijan wasn’t just a missed podium opportunity: he was running ahead of Daniel Ricciardo when his RB17 gave up and can reasonably consider this a lost win.

His car did keep going at Silverstone where he brilliantly kept Sebastian Vettel at bay, prompting the Ferrari driver to make a risky strategy decision. Hungary was a significant slip-up, however: he compromised his own race and ended his team mate’s with a careless move at the start. It was a rare example of Verstappen making the kind of error his detractors insist he makes all the time. It seems as if Hamilton is digging that bit deeper this year. Faced with a new threat in the form of a rejuvenated Ferrari, his drives at Shanghai and Silverstone were real top-drawer stuff.

But he and Bottas have found the Mercedes W08 to be a finicky beast which requires careful work to get the most out of. He slipped up badly with it in Monaco and failed to make the cut for Q3, consigning him to a wasted weekend.

That wasn’t the only time Bottas has been ahead of him but Hamilton has usually been able to assert himself, often through tremendous qualifying performances which have allowed him to start most races from a position of strength.

The upshot of this has been that, as has been the case for much of his time at Mercedes, we’ve had little opportunity to see Hamilton get his elbows out and fight for position, which is when he’s often at his best. On the strength of his performance over the first half of 2017, Sebastian Vettel has demonstrated he is definitely capable of winning a fifth world championship title. But he’s going to have a fight on his hands.

The Ferrari SF70H has only been a more competitive proposition than the Mercedes W08 on a minority of tracks. Away from those venues it has the virtue of being a more forgiving beast than the silver car, one which Vettel has repeatedly wielded to great effect to minimise any points losses.

He came from behind to win in Australia and Bahrain, and ran the lead Mercedes close in Russia, Spain and Austria. However he couldn’t dislodge Verstappen from second on the road at Silverstone and his early pit stop proved a gamble too far. He bounced back in Hungary, coping with wonky steering for much of the race.

Crucially, Vettel has finished ahead of Hamilton seven times to four. Of course that scoreline would read six-five had it not been for Hamilton’s misfortune in Azerbaijan. Vettel was extraordinarily fortunate that his punishment for a reckless piece of deliberate contact was lenient enough that he still finished ahead of his delayed rival. That moment of madness has been his only significant slip-up so far.

Do you agree Vettel has been the best driver so far in 2017? Which drivers deserve to be higher or lower in this ranking?