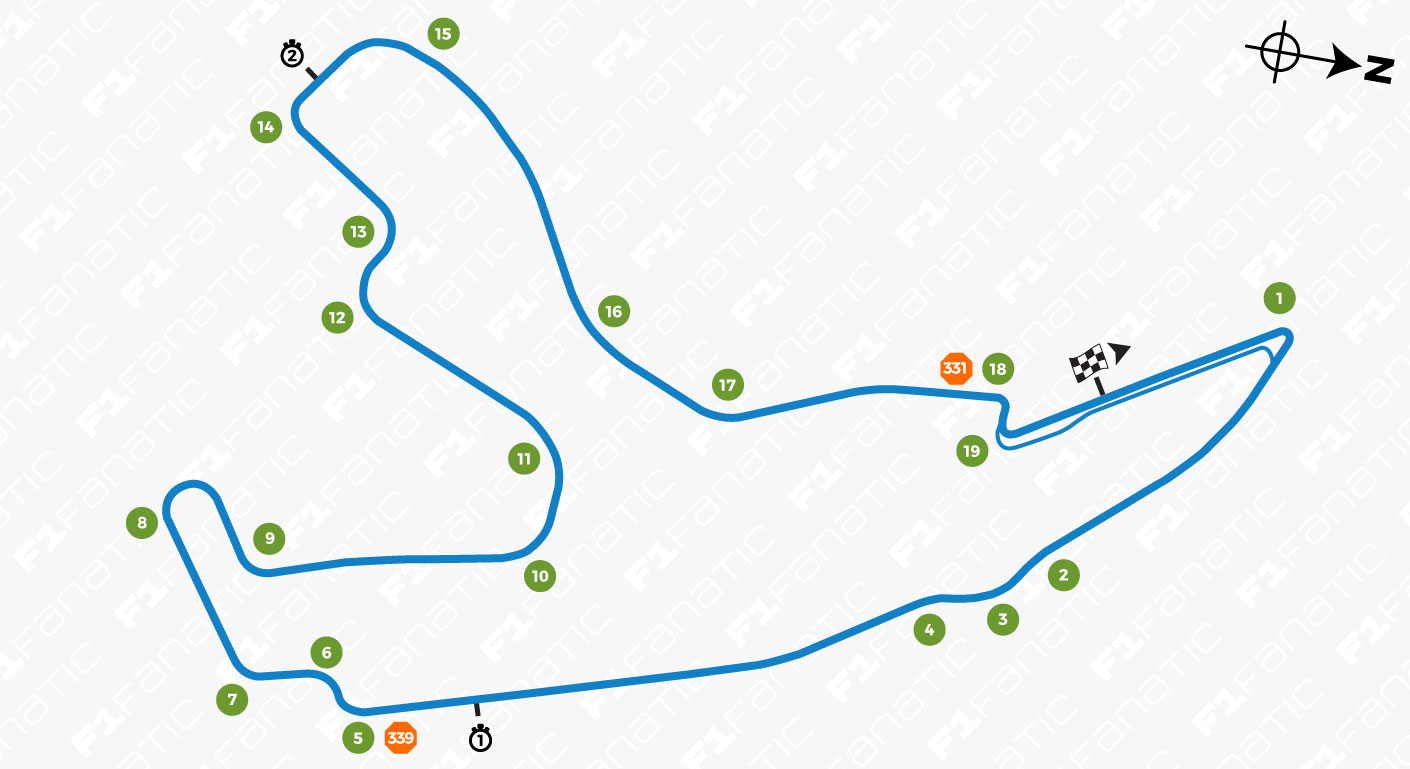 Spa-Francorchamps is described by many drivers as their favourite circuit. And Formula One’s faster generation of cars should make it even more spectacular this year.

The track began life as an incredibly fast course formed from public roads south-east of Spa. By 1970 speeds on the huge, 14-kilometre track had risen to dangerous heights, and F1 temporarily moved elsewhere.

It returned in 1983 to a track which was arguably better than the one it replaced. A new purpose-built section brought the length down by half but added several superb corners. Among them was Pouhon, now regarded by many of the drivers as a superior challenge to the track’s famed Eau Rouge/Raidillon sequence.

Renovations gradually transformed the entire facility into a dedicated race track. The increased use of asphalt run-offs has eased the challenge of some of its most dramatic corners, but much of the track configuration remains as it has been since the early eighties, save for the addition of a very slow chicane before the start/finish area.

As one of the fastest tracks on the calendar with several ultra-fast corners, Spa has normally required harder tyre compounds. But this year Pirelli has opted to bring its softest selection, including the ultra-soft rubber.

The threat of tyre failures was a serious concern during the 2011 race. Two years ago Nico Rosberg and Sebastian Vettel both suffered high-speed blow-outs. Pirelli will be anxious to see there are no repeats this weekend.

A lap of Spa-Francorchamps

Nico Hulkenberg is among those who names Spa as “one of my favourite tracks – certainly up there with the best in the world.” It begins with a slow right-hand hairpin at La Source but this is followed by one of the longest flat-out blasts on the calendar.

As the new generation of cars will be able to take Eau Rouge at full throttle, drivers will keep the accelerator down for 25 seconds as they plunge down from La Source, climb over Raidillon and power along Kemmel to Les Combes. This section provides a superb overtaking opportunity.

The right-left-right at Les Combes is relatively fast and leads drivers downhill into turn eight, a long constant-radius right hander. A bump lurks on the entry waiting to catch drivers out. They continue to descend through a brief right-hander on the way to Pouhon, turns 10 and 11.

Sergio Perez calls Pouhon “one of my favourite corners of the year”. “It’s so quick and satisfying when you get it just right,” he says. “The 2017 cars will feel extra special through this part of the lap.”

A brief straight leads to Fagnes, a quick right-left. This leads quickly into Stavelot, another turn where drivers can carry a lot of speed. The exit here is crucial as it leads to another long, flat-out run.

From here the drivers accelerate around Paul Frere curve (turn 15) and continue to build speed as they head towards Blanchimont. This is another of Spa’s most famous corners, taken at very high speed. At the exit the drivers negotiate a slight kink before arriving at the chicane.

The very slow corner does provide and overtaking opportunity and gives drivers the chance to charge the MGU-K, ready for deployment on the long straights which follow.

For the drivers, Spa is the kind of challenge Formula One cars are made for. “It features a lot of elevation and of course, it has Eau Rouge,” said Hulkenberg. “When you see these bends in real life it’s special but when you drive them, especially in a Formula One car, it’s super special.”

“Eau Rouge is going to be flat which is exciting and Pouhon too will be good and extremely fast.”