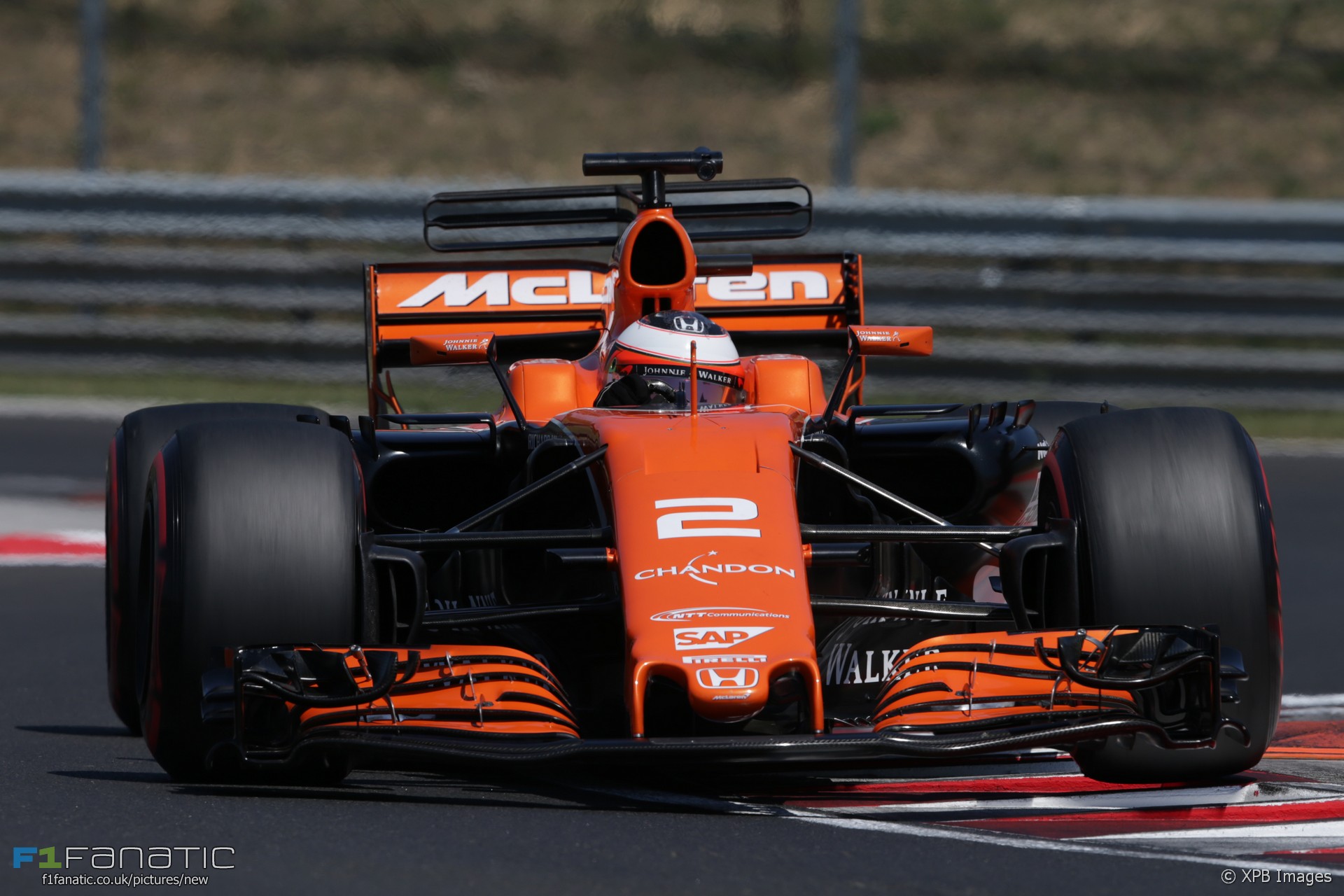 Stoffel Vandoorne will remain at McLaren in 2018, the team has confirmed ahead of his home race this weekend.

“When we announced at the end of 2016 that Stoffel would be a McLaren Honda race driver for 2017, we indicated that our plan was that he’d race for us for a number of years,” said racing director Eric Boullier.

“That plan hasn’t changed, and I’m very happy therefore to be able to confirm that he’ll continue to race for us next season.”

Vandoorne, who made a one-off start during last year’s championship, has endured a difficult first full season so far. McLaren’s Honda power unit has been unreliable and slow.

However scored took a breakthough points finish with tenth place in the most recent race at the Hungaroring.

“Like all rookies, he’s had to learn a lot in the first half of his first Formula One season, but we have great confidence in him, and he’s getting better and better all the time,” Boullier added.

“His team mate (Fernando Alonso) is a tough opponent – that’s an understatement in fact, because he’s arguably the best driver in the sport today – but Stoffel’s robust talent and fierce ambition make us sure that he’ll achieve great successes with us in the future.”

A question mark remains over the identity of Vandoorne’s tell mate for next season as Alonso’s contract with the team expires at the ends of this year.