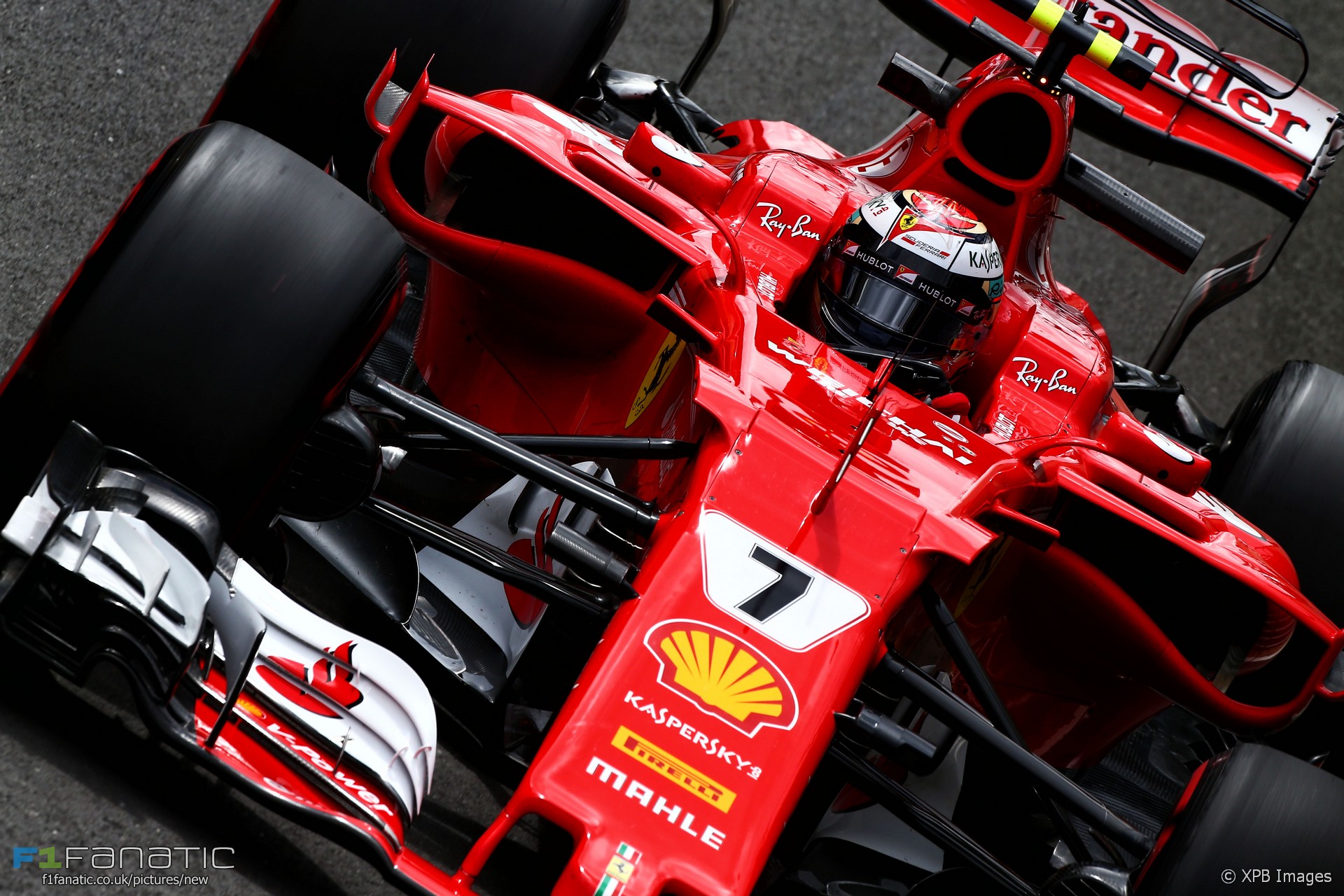 Things are looking up for Kimi Raikkonen. His place at Ferrari has just been assured for another year and this weekend he gets to demonstrate what he can do at a track which often brings out the best in him.

Is he a candidate for victory this weekend? Here are the top talking points as F1 heads to Spa-Francorchamps.

Raikkonen is the most successful active driver at Spa with four wins and he out-qualified Sebastian Vettel at this track last year. And while Mercedes head into the weekend as favourites thanks to their engine power advantage, Pirelli’s soft tyre selection may play into Ferrari’s hands.

But the issue at hand here is not just whether Ferrari may be fast enough to win. It’s also whether the team would allow a Raikkonen victory when Vettel is clearly their best prospect in the drivers’ championship.

It’s doubtful they would interfere in a situation where Raikkonen is leading and Vettel is behind one of the Mercedes. But if the cars are running Raikkonen-Vettel in the closing laps, could Ferrari really resist the temptation to request a switch? Or might the fact Raikkonen is the only one of their drivers contracted to drive for them in 2018 come into play?

Are the ultra-softs up to it?

It’s widely understood that Pirelli has erred on the conservative side with the tyres it has produced for 2017. Their decision to bring the ultra-soft tyres to one of the fastest circuits on the calendar is the most striking example of this.

Remember Pirelli had serious concerns about tyre failures at this race in 2011. And two years ago Vettel and Nico Rosberg experienced high-speed blow-outs.

Ferrari had tyre problems at Silverstone this year even with more durable rubber. While one-stop strategies have been the way to go in most races this year, it may not be the case this weekend.

Lewis Hamilton is the lead Mercedes driver in the championship at the moment but there isn’t much in it. Valtteri Bottas has consistently racked up podium finishes and now lies just 19 points behind his team mate.

Whichever way this situation is resolved will have crucial ramifications for the championship. Will one prevail over the other or are they going to continue nicking championship points off each other and playing into Vettel’s hands?

The combination of Formula One’s dramatically fast new cars plus those fragile but fast ultra-soft tyres should mean we see some spectacular lap times at Spa this weekend.

Formula One has broken the track record at every circuit it has visited so far this year. At Spa it should be a case not if whether the existing record gets beaten but how much it is lowered by.

Max Verstappen is particularly special around this track. He won all three F3 races on his first visit to the track in 2014. On his F1 debut his gutsy passes won him immediate acclaim.

Last year was more controversial. After parking his Red Bull on the front row of the grid he tangled with the Ferraris at the start, then earned the wrath of Raikkonen with extremely firm – but legal – defensive moves.

Verstappen fans swelled the crowd to huge numbers last year and this year’s race is expected to be a sell-out. With Red Bull gradually making gains with their RB13, this would be a fine place for him to make an overdue second visit to the podium this year.

Palmer fights for his future

Can Jolyon Palmer hold on to his place in F1? It seems a forlorn hope after such a tough first half of the year and so many talents eyeing up his increasingly coveted Renault seat.

But he’s still in the car for now and with the RS17 getting ever more competitive he has the equipment to make a case for himself. A first points finish of the year has to be the objective.