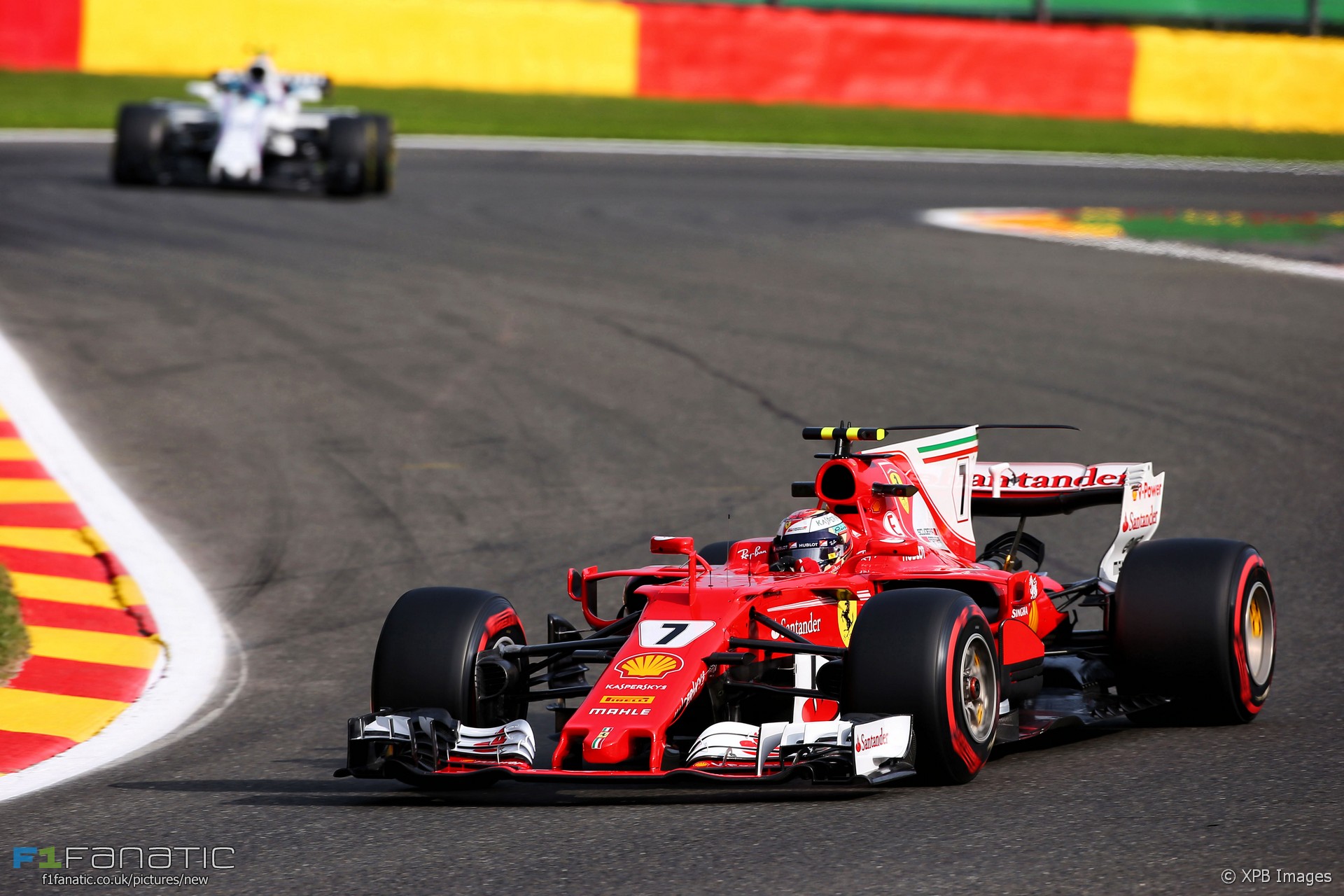 Kimi Raikkonen set the fastest ever lap around Spa-Francorchamps to top the timesheets during final practice for the Belgian Grand Prix.

The Ferraris of Raikkonen and Sebastian Vettel went fastest of all in the session, ahead of the Mercedes of Lewis Hamilton and Max Verstappen’s Red Bull.

Raikkonen’s 1’43.916 on ultra soft tyres was almost two tenths faster than team mate Vettel, who himself was only one thousandth of a second quicker than championship rival Lewis Hamilton.

The track was slightly damp as the final practice session at Spa-Francorchamps got underway, but it was quickly clear that the circuit was dry enough for slicks.

Ferrari and Mercedes set their qualifying simulation runs relatively early in the session.

Jolyon Palmer had a promising session, setting the seventh-fastest time in his Renault. It was a difficult session for Williams, with Lance Stroll and Felipe Massa down in 15th and 16th places, respectively.

It was a relatively uneventful session, with Daniil Kvyat pulling off the circuit along the Kemmel Straight after an apparent engine switch off the only incident of note.