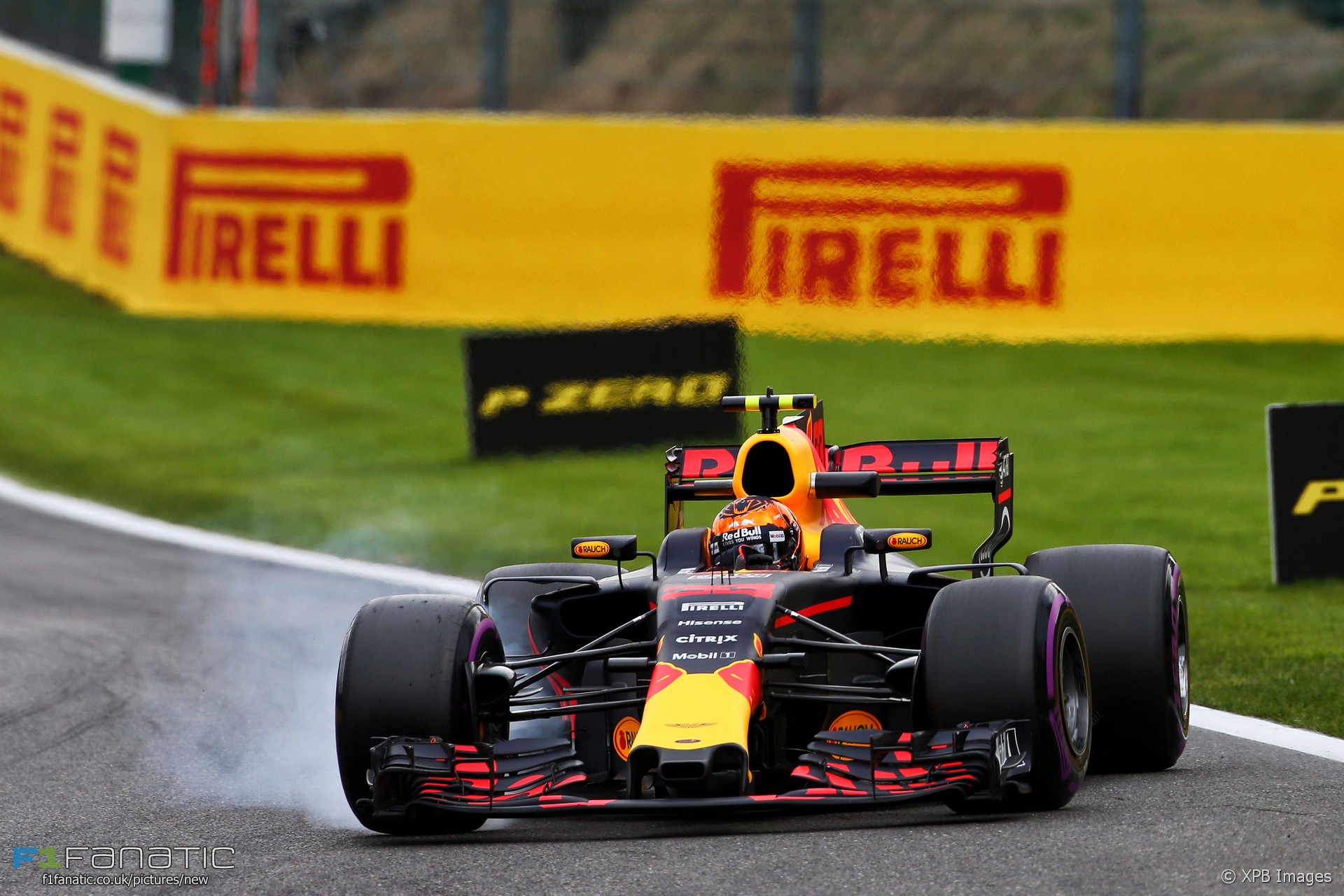 In the round-up: Pirelli are investigating the reasons for the tyre vibrations experienced by multiple drivers this weekend.

"Obviously the grip this year is much higher and the tyre is wider, so it could be a deformation of the contact patch and the torque that generates these vibrations."

"When Alonso took Pouhon flat out – rather than lifting as he had done previously over the weekend – Honda's system did not realise he had already gone through the corner."

"I want to achieve a lot with Ferrari and I think it's the same on the other side. When people talk about legend then to me, it appears this legend is still alive."

Mercedes had no contract talks with Vettel, says Wolff (Reuters)

"We discussed it briefly once with him, but the more competitive Ferrari goes, the less the reason he would want to leave. So therefore we stopped right away a couple of months ago."

"The others are going forwards, we are going backwards. It is pretty clear that we need to really improve development, we need to improve the pieces we put on the car to make the car better. That’s not what’s happening at the moment."

"We’ve focused on setting the car up to race well and hopefully that will pay dividends tomorrow."

"The drivers and the team make mistakes, as well as technical failures. The car, the package would be good enough for fifth, but they cannot do it."

I'm honoured to have raced with you. Equaling your pole position record is a dream come true. I pray for you and your family all the time-LH pic.twitter.com/dtopvF5zvZ

This is a message from everybody of the Michael Schumacher family: A massive congratulation to @lewishamilton for equalizing the all-time pole position record, truly impressive. As Michael already used to say when he was still racing: records are there to be broken! Yet, and undoubtedly, when it happens it is a big achievement and in no way comes without mastery, so: well done and well deserved, Lewis! #TeamMichael #KeepFighting

#Kimi7: 'Please don't make a big story out of me giving #Seb5 a tow. It didn't cost me anything to help him' #BelgianGP #Quali

Ricciardo to Verstappen: "Can you speak Italian?"
Verstappen: "No"
Ricciardo: Fu*k off" 😂 pic.twitter.com/e1nBoKgLLd

With Lewis Hamilton rightfully receiving the plaudits after qualifying, @thegianthogweed spares a thought for the unfortunate Jolyon Palmer after his Q3 gearbox troubles.

This is such a shame.

He was 7th in Q2 and about 0.25 quicker than Hulkenberg. Ahead of both Force Indias too. Even when Ocon, Perez and Hulkenberg did their Q3 laps, they still were several tenths slower than Palmers Q2 time. Palmer looked the best of the rest today behind the top 3 teams and I didn’t see this coming. His luck is unbelievably bad this season though and that is certainly making him look a bit worse than he is.
@thegianthogweed