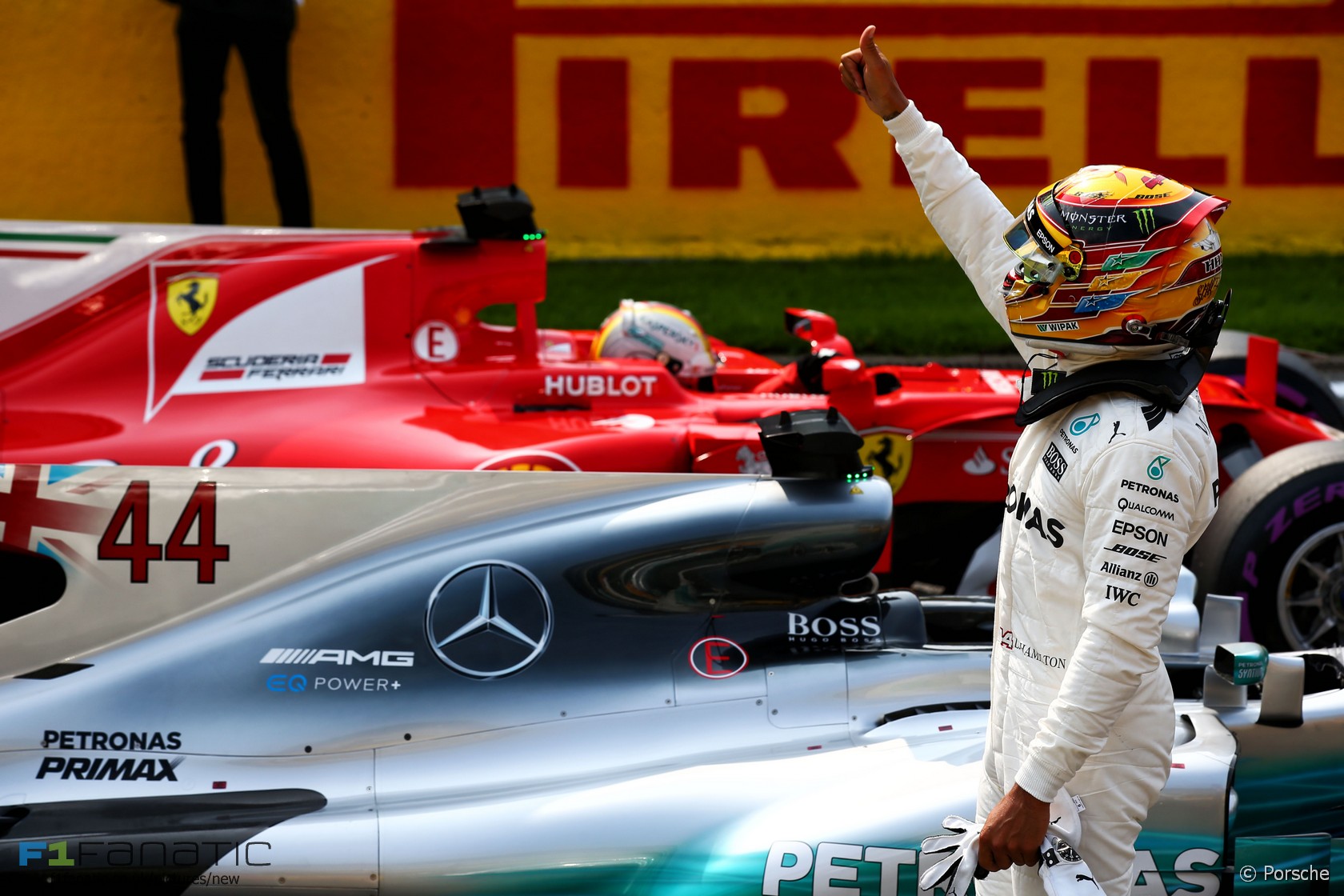 It’s the last European race of the season and an opportunity for Lewis Hamilton to take the championship lead if he can become the first person this year to win back-to-back races.

Hamilton must capitalise on Mercedes’ advantage

Out of the eight remaining races this year, Monza should be the strongest venue for Mercedes. They’ve been unbeaten at this circuit since the current engine regulations came in and the power unit upgrade they introduced last week should strengthen their position.

Given that, Lewis Hamilton has to go into the weekend confident of being able to win and move into the lead of the championship. Failing to do so before the following race in Singapore, a track which is expected to favour Ferrari, would be a blow to his title hopes.

Will we see the fastest lap ever?

Formula One has set new track records at every circuit it has visited so far this year. But at Monza the all-time record for the fastest lap around any circuit could be broken.

The target is an average speed of 262.242kph. That was the benchmark set by Juan Pablo Montoya 13 years ago with his lap of 1’19.525. This year’s new cars should get close to it, but whether the record falls or not could come down to the next talking point.

Due to the increased drag produced under the 2017 regulations, teams are deriving a great benefit from having their drivers slipstream each other in qualifying. McLaren and Ferrari used this to good effect at Spa, and Monza’s straights offer another opportunity to do it.

However it isn’t easy to get right. It depends on a high degree of co-operation between drivers, something which was lacking when Toro Rosso tried to do it at Montreal, another track with long straights.

It’s five years since a Ferrari driver arrived at Monza leading the world championship. Having recently committed to the team for another three years, Vettel can expect a rapturous reception this weekend.

Monza is also traditionally a venue where Ferrari’s president makes an appearance. Sergio Marchionne has a lot more to smile about now than he did 12 months ago.

After five clashes in the last six races, Force India team bosses have read the riot act to Sergio Perez and Esteban Ocon.

The team says it will take steps to “separate” its drivers when they are on the track. But how well will the non-aggression pact work in practice, particularly in a race which offers few strategic options?

If you’re heading to Italy for this weekend’s race, we want to hear from you.