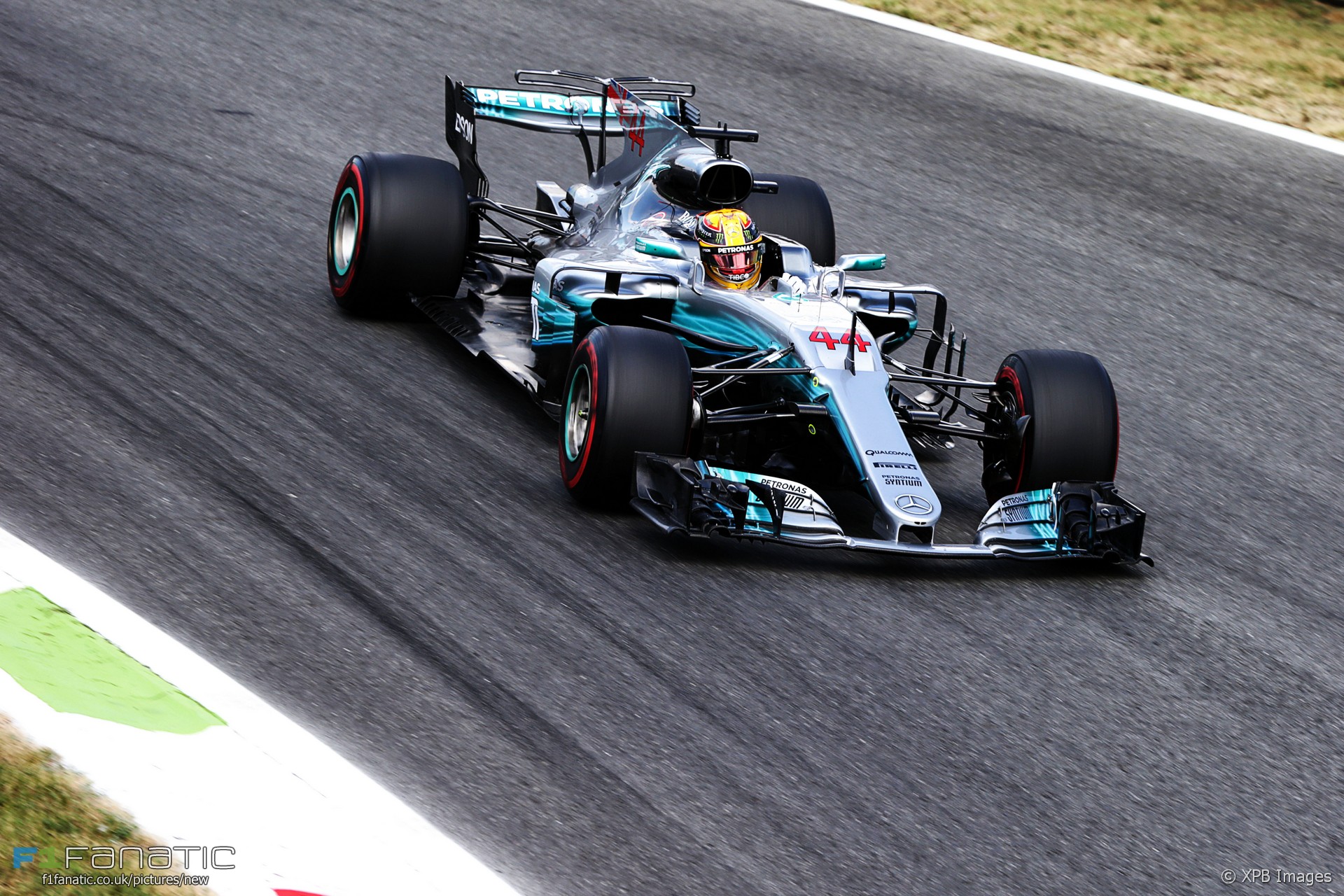 Will the all-time record for fastest ever in Formula One be broken on Saturday at Monza?

It’s certainly possible – but the deciding factor could be the weather.

On Friday F1 cars lapped around 1.4 seconds quicker around the Monza autodrome than they did during the same practice sessions last year. If they make the same performance gain in qualifying they’ll fall short of beating Juan Pablo Montoya’ 2004 record lap of 1’19.525 by a couple of tenths.

But there’s good reason to believe the like of Mercedes can improve on last year’s pole position time by more than 1.4 seconds. All year long the front runners have been making bigger steps on Saturdays than they have on Fridays.

There a couple of reasons why this is likely to be the case. In qualifying the teams dial their engine up to the maximum whereas in practice they need to conserve their power units for future use.

Of course both these things were true 12 months ago. But the need to save mileage in practice is more pressing this year as teams have fewer engines to use during the season. And it seems to be the case that some teams’ qualifying maps are more potent now than they were 12 months’ ago – particularly Mercedes.

So will tomorrow be the first time someone averages more than 262.242kph (162.95mph) for an entire lap? Only if the weather is co-operative.

It rained at the track on Friday but not as much as expected and usually not during the on-track sessions. However the weather forecasts which previously said the rain would ease on Saturday morning now indicate it may linger until the afternoon.

That may be bad for the prospects of record-breaking lap times but it will surely be music to Ferrari ears. Without it they may struggle to beat Mercedes to pole position in a straight fight in dry conditions.

Red Bull is another team which would welcome rain. However penalties mean its drivers are likely to start from the back of the field. This means the likes of Williams and Force India are staring at an open goal with a chance of making a big points haul this weekend.