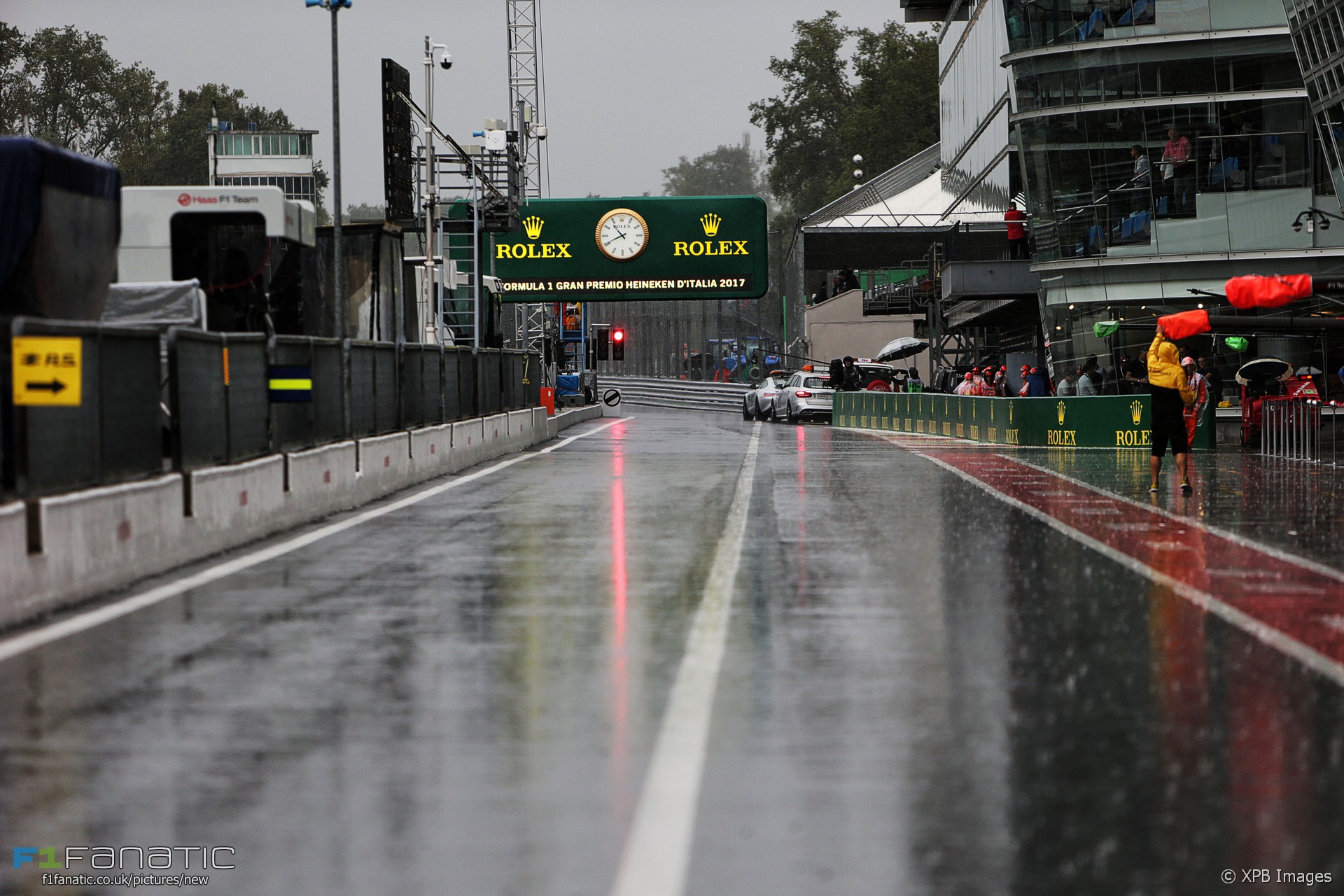 Felipe Massa was quickest of the seven drivers who set times in a very wet final practice session for the Italian Grand Prix.

The start of the one-hour session was delayed for 44 minutes as heavy rain fell at the Monza circuit. Most drivers elected not to set times and limit the running on their wet weather tyres to save them for qualifying.

Lance Stroll made it a one-two for Williams at the top of the times, two-tenths of a second slower than his team mate.

The two Toro Rosso drivers were the first to set times. Carlos Sainz Jnr ended the session in fourth place behind Nico Hulkenberg. Jolyon Palmer and Marcus Ericsson were the other drivers to complete laps.